Besides the perfect finishing, another good thing is installation. The SLK948-U requires a custom pack plate. This means you'll have to remove the motherboard out of your case, to get to the backside of it.

Not so with the Swiftech MCX6400-V, all you need to do is remove the top part from the retention bracket. Then place the heatsink on the CPU, put the screws with the springs through the holes and tighten them. Piece of cake! 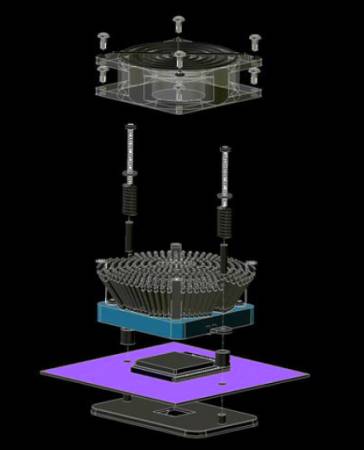 Some people had troubles with the helicoid pins at the outer edge of the heatsink breaking off, but I didn't experience any such problems during (de)installation. Just remember to handle this heatsink with proper care.