Some things in general....

A couple of months ago I tested some Athlon 64 heatsinks over here. Some big names like Thermalright were mentioned, but at least one player was missing: Swiftech! 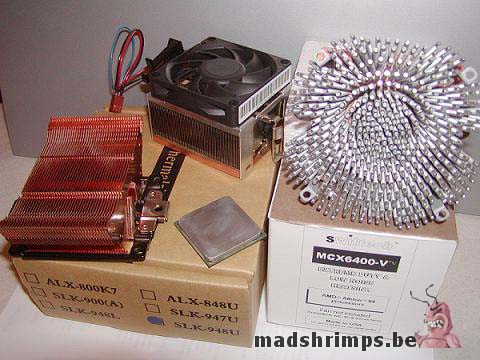 We received the MCX6400-V™ heatsink and we put it to the test right away. But before we start, let me go to the fridge and to get some ice cubes to put in my coke. Belgium is a strange country, last week we were almost drowning in rain, today the sun is shining and it is 27°C outside. Nice weather. But not when you have several computers running in your room. That's why you'll see some high temperatures in the tests.

Both the SLK948-U as the Ajigo MF043-044A were presented in this [M]ad review, so they don't need an introduction . Our newcomer however hasn't been introduced to our readers yet, se here we go: