Battle of the Titans III: Cooler Master Hyper6 vs SP-94

The new heatsink from Cooler Master is put against the current top P4 heatsink; Will the Hyper6 go directly for the kill, or does the SP-94 put up a good fight? Find out in this review.

It has only been a 6 months since our last big clash of the air cooling Titans, and yet here we stand again next to the ring. Ever since the Thermalright SP-94 had obtained the title of best heatsink we have seen multiple companies releasing their newest creations in hope to best the current champ. While some came very close, using a massive heat pipe in the center like Aerocool's DP-102 and TTIC NPH-101, none were able to beat Thermalright's top player.

At the Cebit event in Germany this year we saw more innovative products being prepped for release, one of them came from the Cooler Master camp, a massive copper heatsink using 6 heat pipes and weighing in close to 1kg. This behemoth has all the potential of becoming the new performance king, and today we finally had a chance of inviting the newcomer in, so he could settle his heavy bottom on our test bed. His name tag displayed a short but descriptive inscription: Hyper6 (Full name Hyper 6 KHC-V81). 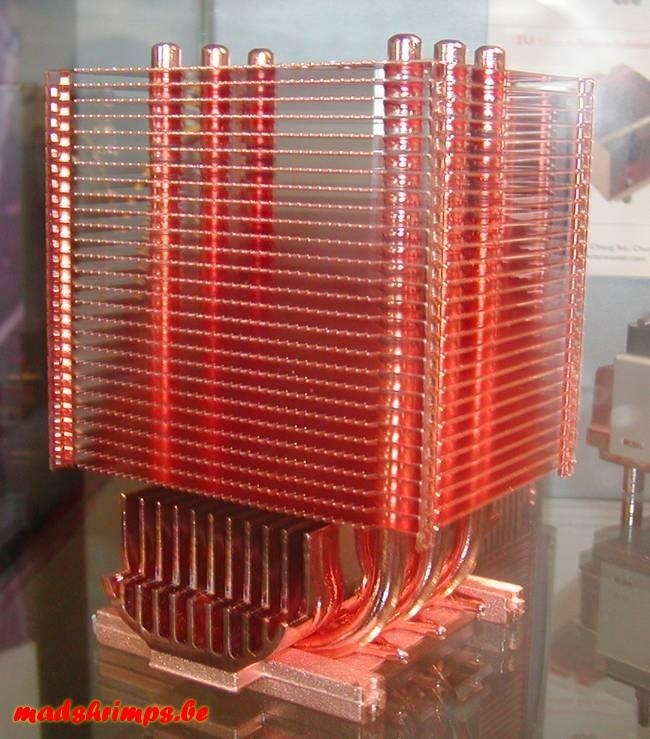 Heat pipe here heat pipe there, heat pipe everywhere! To stay with the competition heatsink companies had to adapt their line-up and include products which can give you the edge, thanks to heat pipe technology we have seen some very impressive results from air cooled machines. What makes a heat pipe so special you say? 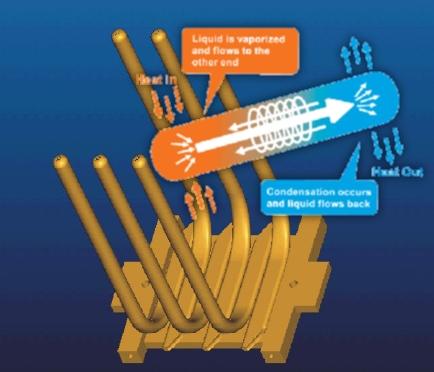 At the site of TTIC there is an excellent explication on how a heat pipes can be of help for cooling your CPU:

One end of the heat pipe attached to the heat source. As the heat rising to the desired operating temperature, the tube boils the working fluid and turns it into a vapor.

As the evaporating fluid fills the hollow center of the wick, it spreads throughout the heat pipe toward to the other cold end. Condensation of the vapor occurs wherever the temperature is even slightly below that of the evaporation area. As it condenses, the vapor gives up the heat it acquired during evaporation and the condensed working fluid is then sucked back to the evaporating section along the wick structure. This thermodynamic cycle continues and helps maintain constant temperatures.

Attaching a heat sink to a portion of the heat pipe makes condensation take place at this point of heat loss and establishes a vapor flow pattern. Capillary action within the wick returns the condensate to the evaporator (heat source) and completes the operating cycle.

So here we have a major corporation with a legendary name leading their 2nd heat pipe player in the ring, how will the Cooler Master Hyper6 stack up to our experienced veteran, the SP-94. For those of you who don't know what the SP-94 is capable of please check this report.