Corsair Micro has released what is currently the fastest DDR on the market. Their Twin-X4400 (DDR550) is ideally suited for Canterwood based 875 chipset platforms. We test them on a battery of motherboards to find out how far this memory can push your system! 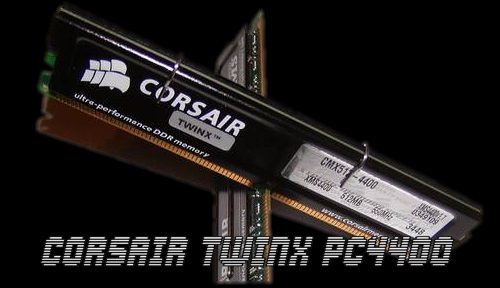 Corsair once again pushes the envelope of DDR ram with their latest PC4400 rated memory sticks. This 1GB TWINX kit was tested to be stable at a speed of 275 MHz, a speed not easily obtained with the current crop of motherboards out there.

Corsair solely tests these sticks in pairs on an Asus P4C800-E Deluxe rev 1.2; we are well aware that not everybody out there possesses the same motherboard, so we set out to find out which other boards climb up to the speeds supported by this Memory kit. 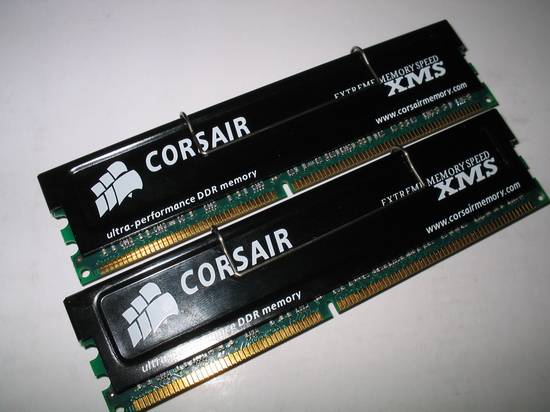 This is a pretty important part found on their product description
The Fine Print: Every part is tested in Corsair's factory at 275MHz, but your actual results may vary depending on the overclocking margin of your CPU and motherboard. Newer motherboards may be used for production test as they become available

We first started out testing this memory on an Asus P4C800 with latest BIOS revision and a P4 2.4 "C" capable of 290FSB on air cooling. Although we are able to boot into windows and run some benches, this speed proved unstable when trying *any* 3D game/benchmark. So out went the Asus and in the Abit IS7. This motherboard had problems even reaching 250 MHz in 1:1. Up next another Asus, the P4P800, again we fell short of 275 MHz and reached the limit of this motherboard (~255 MHz). Up next was a Canterwood from Chaintech at ~270 this motherboard threw in the towel. Chaintech's Springdale motherboard got up to ~255Mhz..

Max FSB reached with this memory running at CL3 4-4-8 in dual channel mode: