nVidia pulled a surprising videocard out of its hat: the FX5900XT. A lower clocked FX 5900 with a very attractive price, can it be crowned as "king of the budget-class"? Find out in this review where we pit it against the popular GF4 Ti4200.

The cooling on this VGA card has a big wow-factor. Great design, nice ram sinks, ...

But, when you stop using 3d, the fan doesn't slow down, only after a reboot. 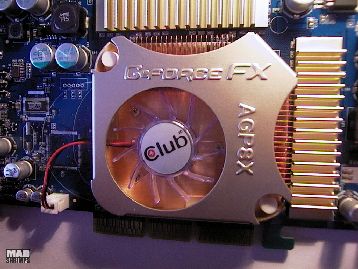 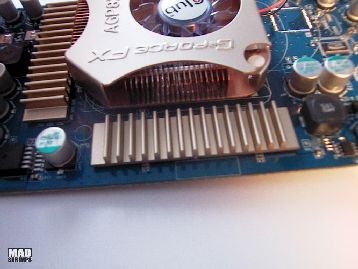 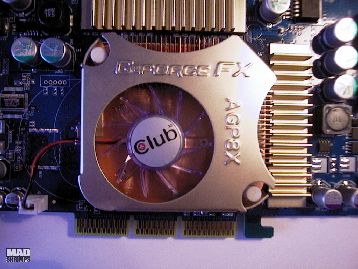 This card has also an integrated temperature sensor: 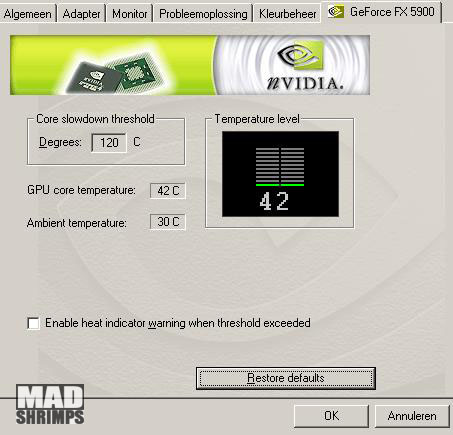 I borrowed a Geforce 4 ti4200 for comparison. Why this card? Just after I bought the card I posted some first results on a Dutch forum. Most reactions come from people who had a GF4 ti4x00 and were wondering if this card was worth the upgrade...

The benchmarks I ran: