We take a closer look at Chaintech?s flagship P4 motherboard. Powered by the Intel 875 "Canterwood" Chipset it provides an excellent base for any performance P4 system. How does it stack up against the Asus P4C800 and what does "ZENITH" stand for? Find it out in this review.

Today I will be taking a look at the top of the line P4 motherboard from Chaintech. The 9CJS ZENITH features support for a wide range of CPU's, even the latest Prescott (support added with bios version 4.0). It’s build around the high performance Canterwood (I875) chipset from Intel. Providing huge amount of memory bandwidth for the P4 CPU by using dual channel DDR and PAT (Performance Acceleration Technology), PAT basically lowers the access time between CPU and Memory thereby increasing performance.

The Chaintech CT-9CJS comes in a big box; a flashy design makes the motherboard north bridge really stand out! 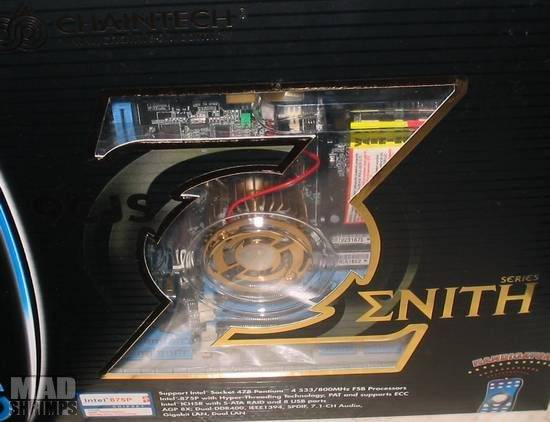 There's no mistaken that this is a Zenith series of motherboards, this means it's packed with goodies: 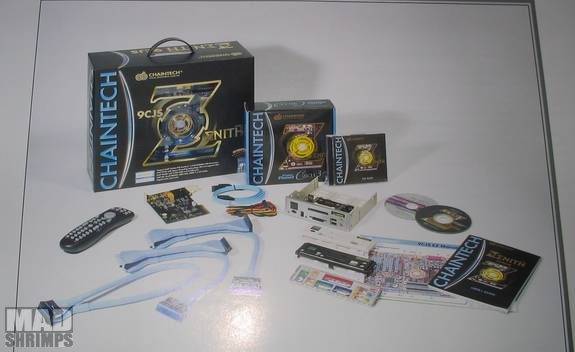