Arctic Silver 5 compared to its older brother AS3 and Coolermaster Premium (Shin Etsu). How does it perform? We test it on an Intel system, letting each compound "burn in" for 3 days. 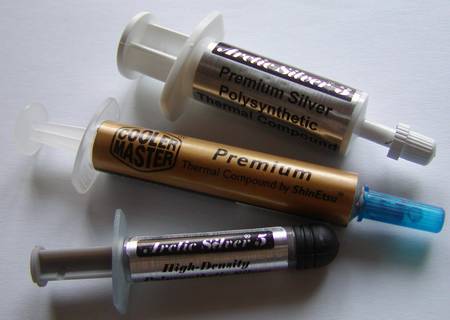 When looking for the best performing cooling solution for your CPU some people go to the extreme, lapping their heatsinks and installing very loud fans. To further improve the contact between the CPU's core and the heatsink manufactures have been using thermal compound. The standard white goop will suffice if you are an average PC user, but when you are pushing your system to the edge by overclocking it, then every degree °C counts.

Several companies have been developing compounds for this purpose the last couple of years. Today will be looking at the latest advancements in this area by Arctic Silver and Coolermaster.