We take a closer look at one of the latest cases coming from the mainly USA known brand Vidabox. A leading manufacturer of digital entertainment and control systems and solutions. They offer now there Cube Case for the "build your own (home) server" users among us. And their number is growing, as we have more laptops and PC's at home. So organize your documents, pictures, music and movies on one place, with some back-up options.

Another Vidabox box at my doorstep

This time mister postman was gentle with this parcel from USA.  No harm done like last time 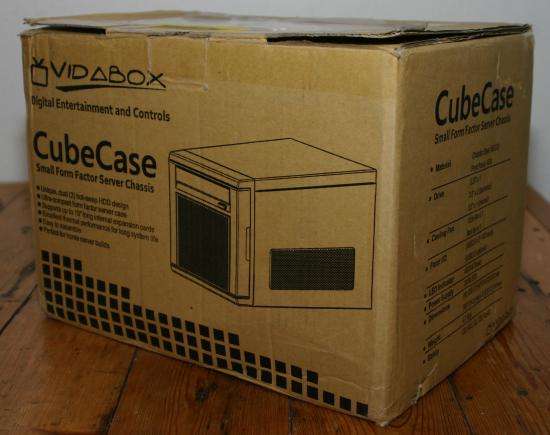 Had no idea what was inside this box, as this case will be released today. Let’s open the box and have a closer look. 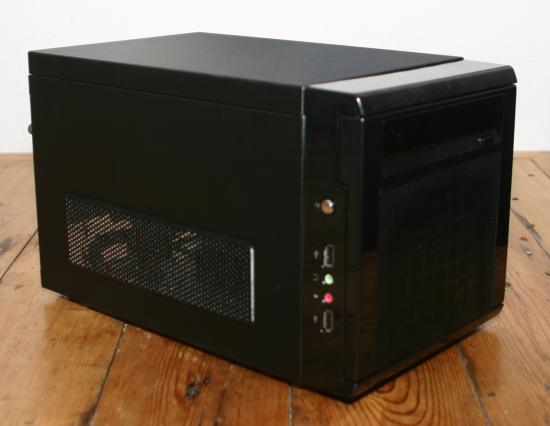 Wow this looks great. Did they made a mistake and send me a NAS?

Opening the front panel and no Dvd player inside, well, some NAS haven't got those either.

However no hard drives in the hot swap brackets, and no hardware inside so not a NAS device, but a DIY server, it does come with small power supply 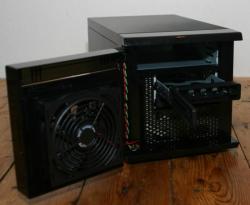 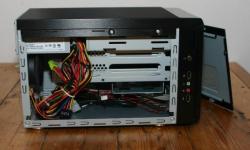 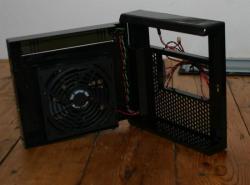 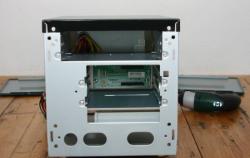 Place for the third HDD 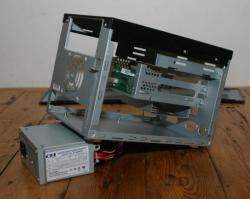 Removing as much as I can before installing the hardware. 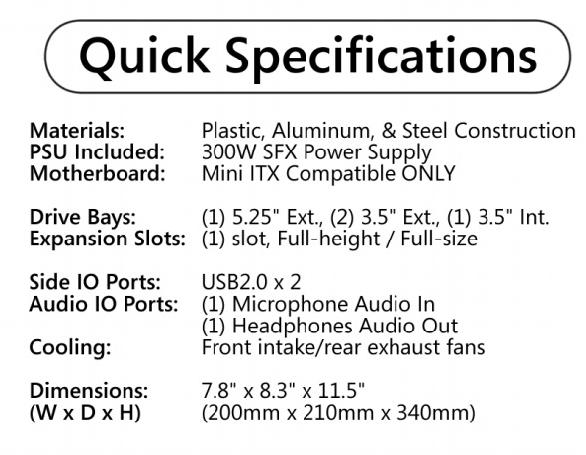