After the several regional qualifiers it was time to put the best 15 overclockers head to head for the ultimate showdown. After USA Fugger from XS had won in 2009, who will be crowned as to be the best Gigabyte World Champion in 2010 ? Due to the qualification of our beloved Massman, apparently known as Tom Cruise in Taiwan, I was allowed to accompany him as Press for this OC event in Taipei. After packing my bags I was off on a 10K journey to the mother of all hardware places, Taipei in Taiwan.

Hardware to be tortured :

Here are the pictures from the press kit : 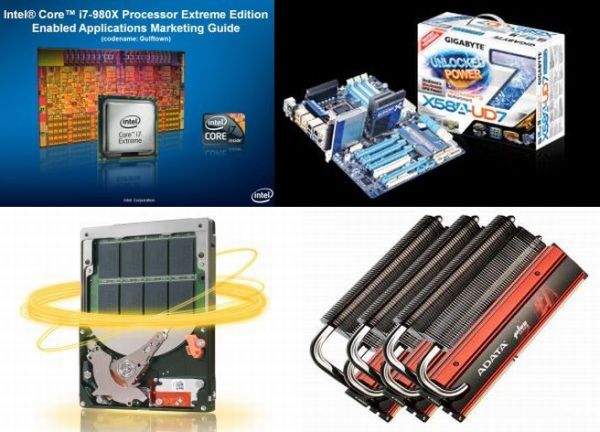 In the hardware list I already mentioned Pre-binned Gulftown CPU's. Yes the Gigabyte Staff, tested these CPU's. Rumors were that they all did 6.5Ghz CPU-Z validation. Meaning the competitors could expect +6ghz action in the 2D tests. This is a far better way of approaching events. The already numerous times hammered ES CPU's we see so often in live events are rarely showing the true potential of most retail CPU's. (This excluding the super ES batch).

For the motherboard Gigabyte created a special GOOC bios. There was already a test version available a few weeks before. This version though was a bit an evolution. According to mister James Youngpro this Bios version is less sensitive to cold and where it really shines is to be able to switch off the OCP. So no hard modding is required. If you get hold of this bios please be careful, as it's still your responsibility if you break things. 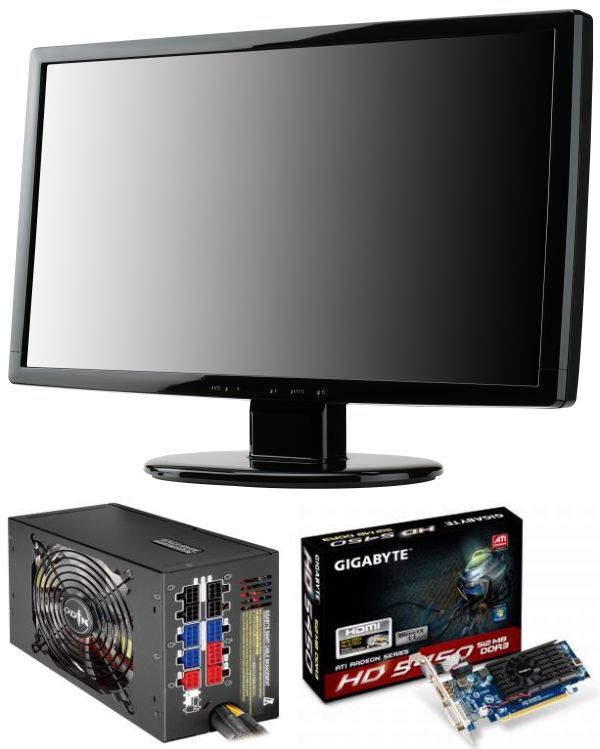 Of course there was a stand where each manufacturer showed of their latest products. We will give each his moment of glory.
Let's start off with Gigabyte themselves :

First up their VGA department ( sadly very absent in this event, but word has it they will be up for GOOC 2011 ) 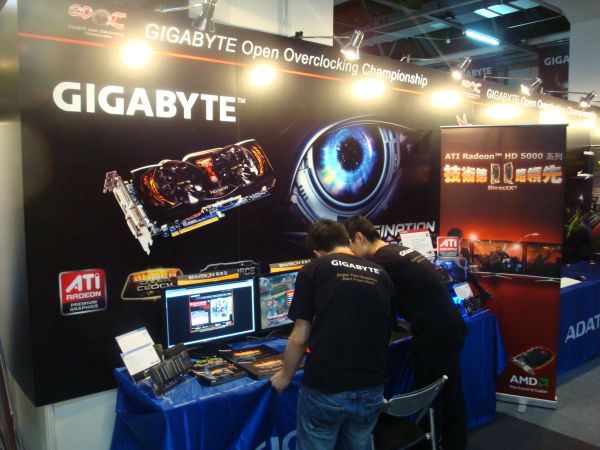 The guys setting up the game rigs to show off the power of their GPU lineup. I only saw ATI based cards, this maybe due to the presence of mister Billy Wang from AMD. 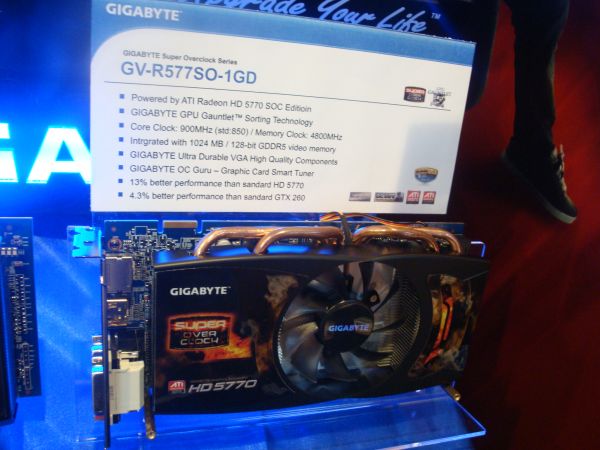 It doesn't always have to be high end hardware, the 5770 SOC will still power most of your games with high detail, and it offers good OC potential with the included Gigabyte OC tool 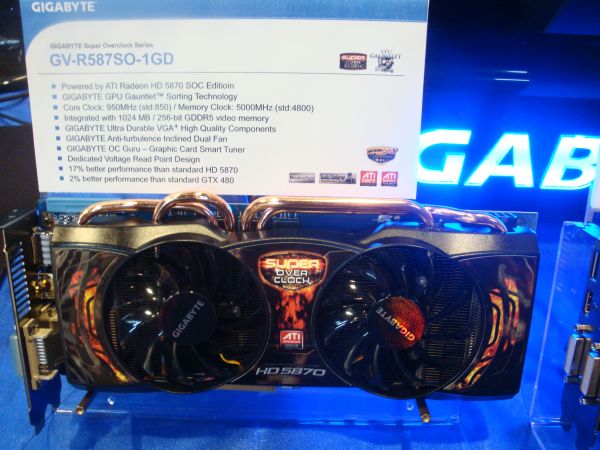 Top of the AMD single GPU line is the 5870 SOC edition. A card that has found its way to a lot of overclockers and gamers

The motherboard department was showing of the new X58A-UD7 and of course the limited edition UD9 boards. 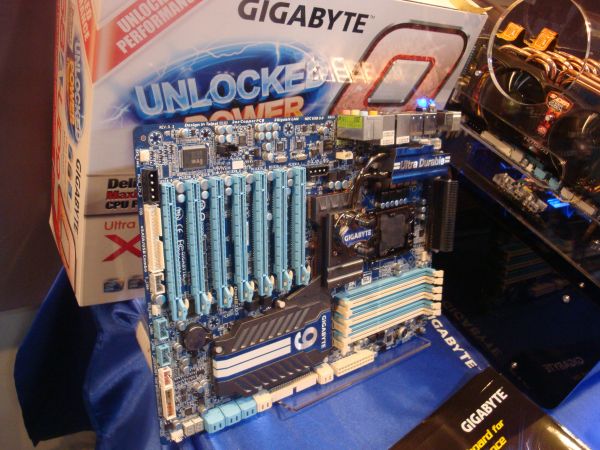 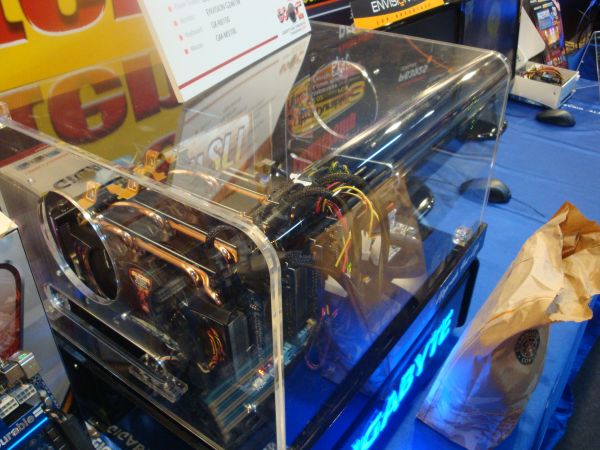 Gigabyte also showed us some of their PSUs and a nice spacious case with a hot-swappable HD bay. 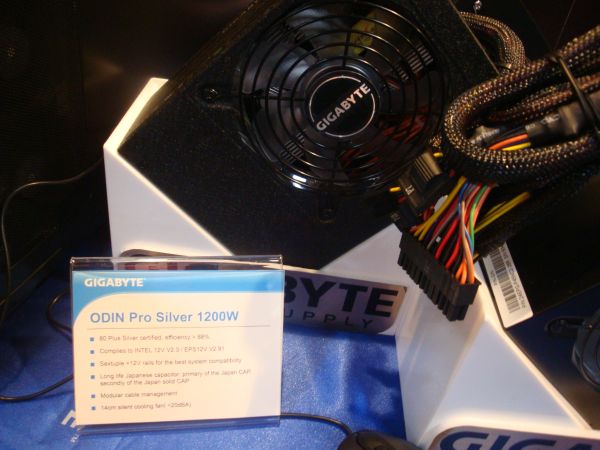 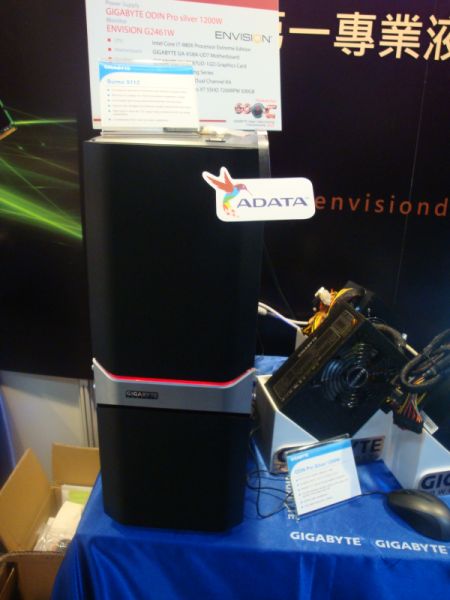 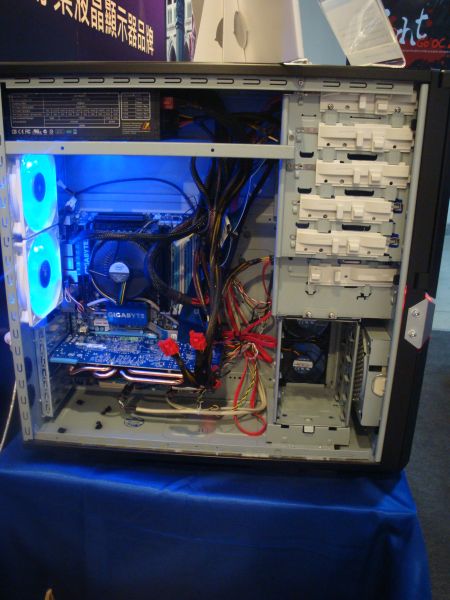 More than enough space to fit the largest and bulkiest GPU's, loads of ventilation options too. Just too bad they didn't do a good job on the cable management (this ofc is the builder to blame)