The NetBox-nT330i barebone from Foxconn is an interesting product for those that need a very small media center PC, which can be also used for office applications or browsing the internet; its performance varies depending on what 2.5inch HDD/SSD and DRAM you decide to use with it.

The barebone can be found pre-mounted in a white plastic support, which is the VESA mount cradle: 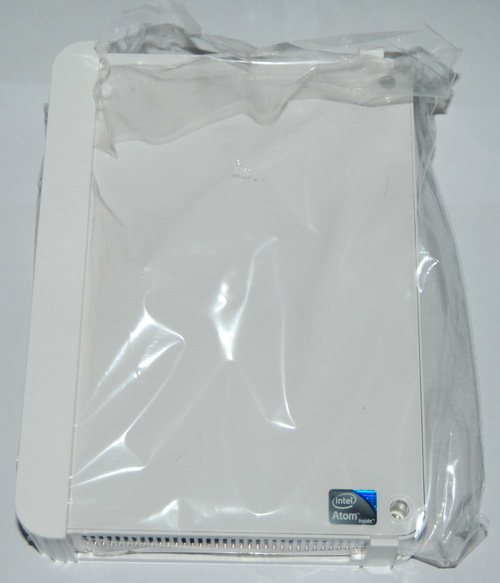 The cradle comes with some pre-drilled holes: 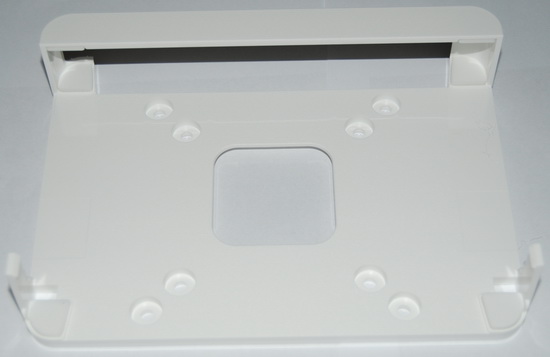 The barebone itself is fully white and does have on both sides a transparent protective film, to avoid damages during transport: 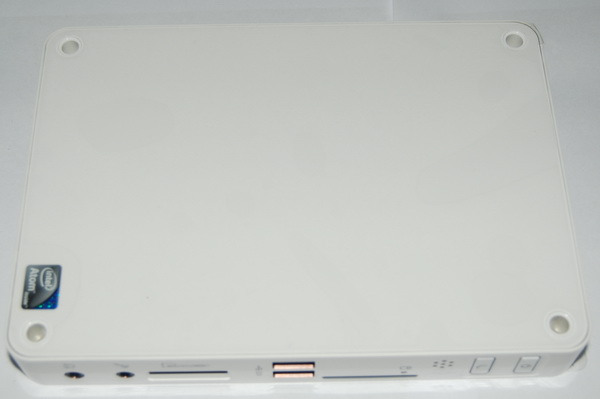 On the top cap we can find an Intel authenticity sticker telling us we have an ATOM CPU inside:

The frontal part of the barebone holds the headphone and microphone jacks, a card reader for MS/SD/MMC, two USB 2.0 ports, a line with LEDs that light up if something is wrong, a red HDD activity LED, some holes for the inside speaker, as well as a Sleep button and a Power button:

On the back, we can find the WiFi antenna connector, 4 spare USB 2.0 ports, a DVI and HDMI port, a RJ45 port for wired networking, a Line Out/SPDIF Out port and a Power Input port:

On one of the laterals, the air intake spaces can be found:

The opposite does have the exhaust, where the little turbine cooler is installed to evacuate the hot air:

On the bottom, some metallic circles can be found, which are the places where we have to install the magnetic feet: 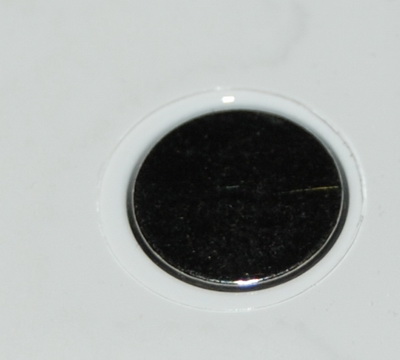 Opening up the top cap is not an easy task. I have used an older little knife, which was not sharp at all, and kept the protective film on the cap, to avoid scratches on the surface: