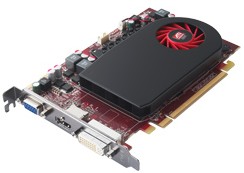 At first I would like to thank AMD for making this review possible.

AMD is the second-largest global supplier of microprocessors based on the x86 architecture and also one of the largest supplier of graphics processing units. It also owns 8.6% of Spansion, a supplier of non-volatile flash memory.[2] In 2009, AMD ranked ninth among semiconductor manufacturers in terms of revenue.”

The RADEON HD 5600 series take part from the budget segment of DirectX11 video cards offering from AMD. Nvidia does also have some cards that fit in the budget series, on 40nm, the GeForce GT 240; unfortunately, these do not support DirectX11, but only 10.1.

The affordable 5670 video card we are going to test next shares most of the features with the higher performance video cards from the 5000 series (including Eyefinity, meaning that we can connect up to 3 monitors on a single video card [if the video card version features at least one DisplayPort]).

The card is very surprising in the power consumption department, meaning that we do not have to use an extra PCI Express power connector, all is provided by the PCI Express 2.0 slot, which does have a 75W power limitation. This makes it a very good choice for HTPC configurations too. 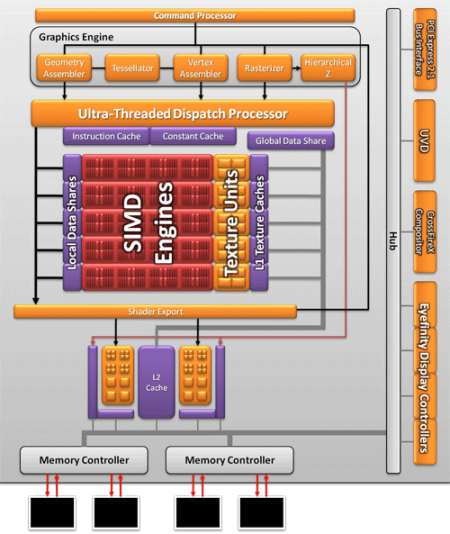 The Redwood architecture does have 5 SIMD units, each containing 80 ALUs and tied to one texture unit. After doing the math, we get a total of 400 stream processors (or ALUs), compared to the RADEON HD 5770 which has a double number of processors; the ROPs have also been reduced from 16 to 8. The 5670 does share, though, the same memory interface width with the 5770: 128bit.