Gigabyte introduced a new ITX mainboard based on the H55 chipset that also features USB3.0 onboard. We tested the board to see if ITX boards are finally grown up and can be used to build an all-round system.

To see how the board performs we compared it to a µATX MSI H55M-E33 board and ran a couple of benchmarks, including SuperPi, Cinebench 11.5 and Lightsmark.

All the benchmarks where run under Windows 7 64bit. 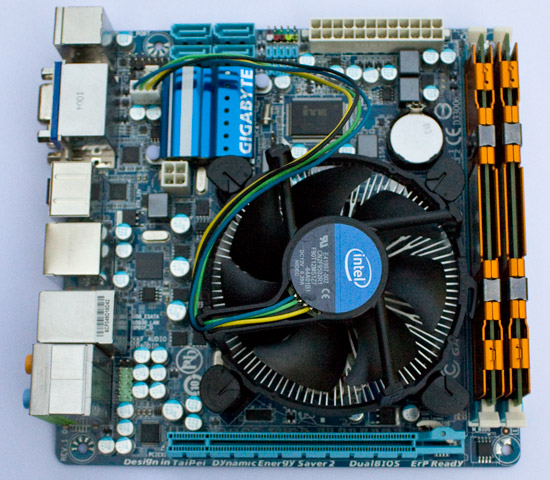 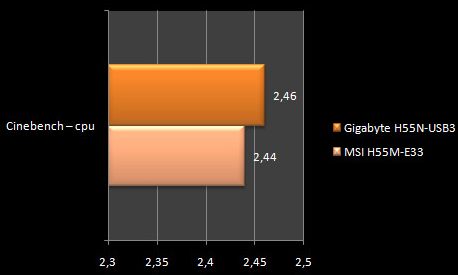 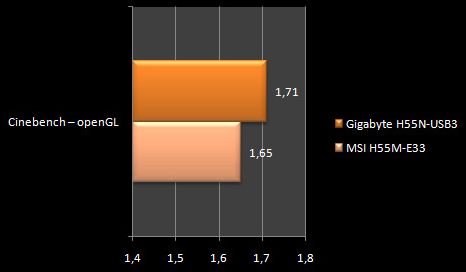 The Gigabyte board is slightly faster than the MSI H55 board, but results are very close. 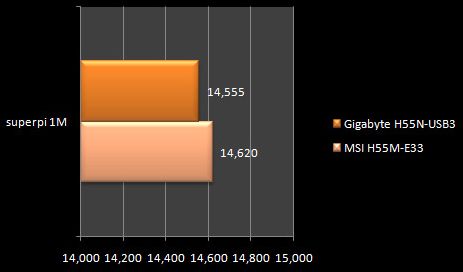 Also in SuperPi 1M, the results between the boards are very close, in favor of the Gigabyte H55N-USB3. 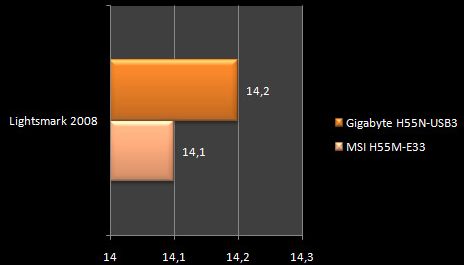 Even though Lightsmark relies mainly on the gpu, we can find a very small difference between the two boards.

To test the power draw we've connected a Cresta power meter to see what the power draw was when the system was running in idle, under load and during the playback of a 1080P movie using the GPU's hardware acceleration.
We've equipped the MSI H55M-E33 with an USB3.0 add-on card, the Gigabyte GA-USB3.0. We didn't install any power saving utility from either manufacturer, to see what the capabilities of the hardware are. 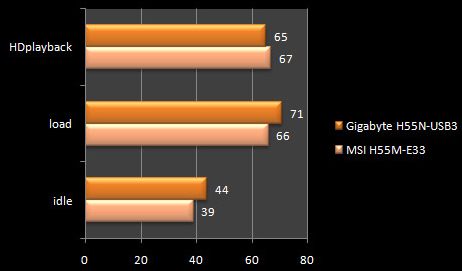 Only during HD playback the Gigabyte uses less power than the MSI, in idle and load the MSI uses a few Watts less than the Gigabyte, although it isn't a dramatically large difference. The power draw of the USB3.0 add-on card is only 1 Watt, so without this card, the MSI uses 1 Watt less than shown in the graphs.