Gigabyte introduced a new ITX mainboard based on the H55 chipset that also features USB3.0 onboard. We tested the board to see if ITX boards are finally grown up and can be used to build an all-round system.

Gigabyte's newest H55board is a mini-ITX board, that despite its small size packs a lot of features. By integrating most of the northbridge in the CPU, there is less room needed on the PCB.

With a suitable Pentium, Core i3 or Core i5 CPU, even an external GPU is no longer necessary, making it possible to put a fully functional motherboard on 17 x 17 cm. 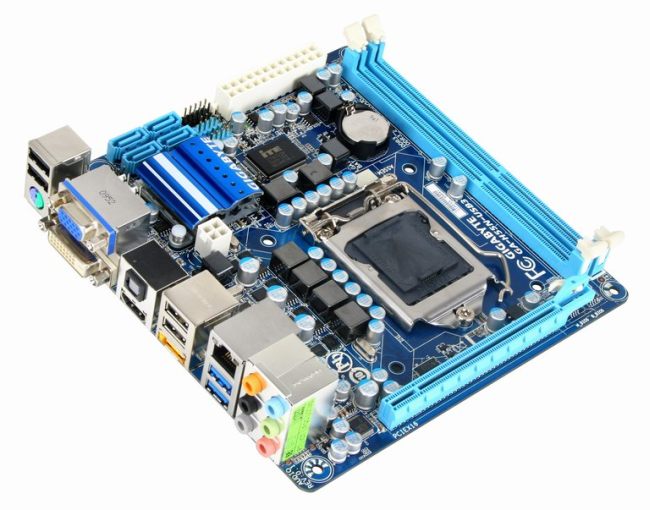 The first thing you'll notice when looking at the H55N-USB3, is that this board isn't simply a µATX with a few slots cutoff. The layout seems a bit odd, but is necessary to fit everything on the board. The Southbridge is placed above the CPU socket (where it would normally be placed behind the expansion slots) and the CPU socket is placed rather low, beneath the other chips, headers and connectors. 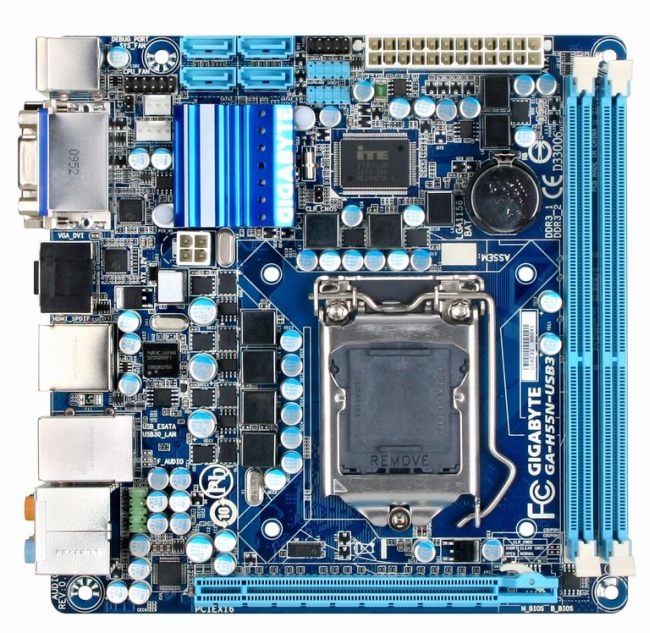 Due to space restrictions there are only 2 DDR3 memoryslots and 1 PCIe x1 slot. Despite having only a few slots, the board is still packed with features.

In total it has 5 SATA ports. 4 Internal and 1 eSATA port. Unfortunately the chipset doesn't support RAID, so the controller can be used in either native IDE or AHCI.

These are connected to the NEC USB3.0 chip and are colored blue. There is 1 PS/2 port that supports both keyboards and mice. A monitor can be connected to a DSUB, DVI or HDMI port. To use these ports, a suitable CPU with integrated graphics has to be installed. It is possible to connect 2 digital monitors to the DVI and HDMI at the same time, although they won't work both during bios and post, but are both functional when the operating system is loaded.

Audio devices can be connected to 6 3.5mm jacks, an optical S/PDIF and the HDMI port also supports digital audio. Network capabilities are possible via a Realtek Gigabit connector.