The Shrimps and other media were kindly invited to the lovely town of Utrecht in the Netherlands last week for the Asus Tech Conference. Head of Marketing and sales mister Wu Josh was present to present the latest two creations from Asus : the Crosshair 4 Extreme and the Rampage Gene III. Later on Milan Rado went a bit deeper regarding the high end Asus VGA cards. This is gonna be a quick preview of the two boards and the already leaked ROG Expander for the Rampage III Extreme.

We already saw this model in an early form at the CeBIT. Milan at that time was a bit mysterious about the details and specs and it is shown now why. There was no word from Asus back then regarding creating a board with the Lucid Hydra chip. The Extreme board was going to be just a souped up version of the Formula IV, with some extra gimmicks to please the enthusiast crowd.

This was the shot of the CeBIT board 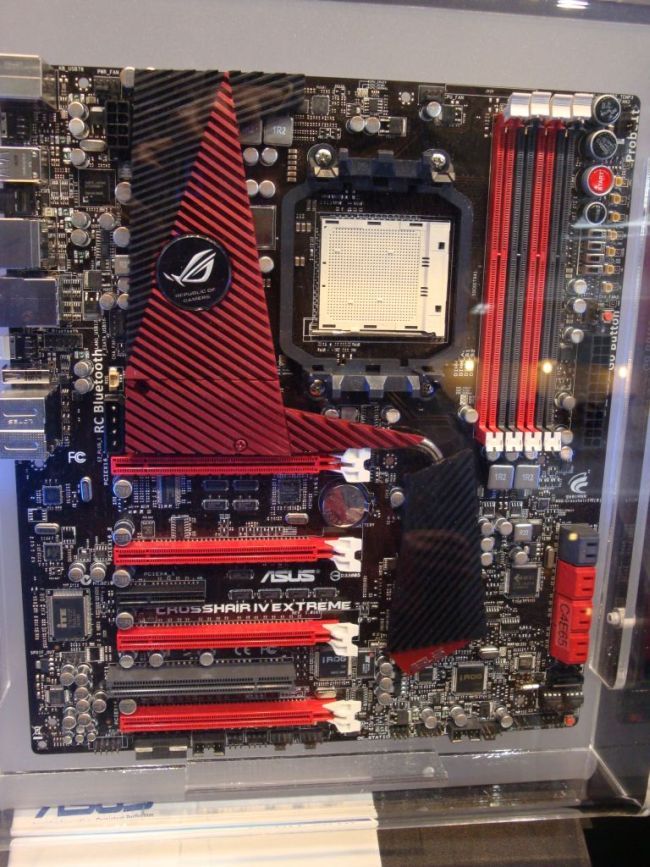 This is the layout we got presented last Friday : 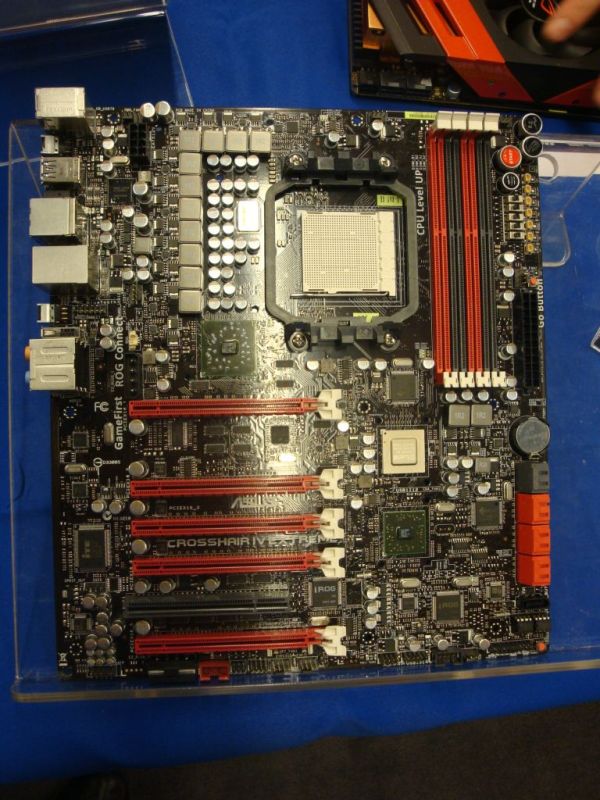 Not that many differences to spot, just the Lucid Hydra chip is clear now. One extra PCI-E slot, some parts moved position. 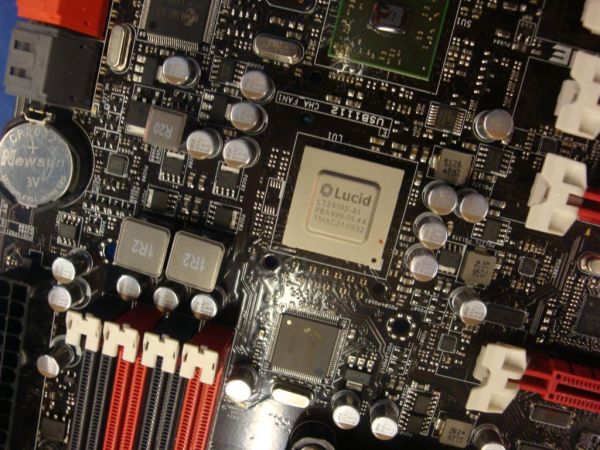 A close up on the little chip that does it all. Hopefully the chip drivers have evolved so that the performance is there. Question unanswered was are there gonan be two versions of this board, one with and one without Lucid ? Only time will tell...

Some more technical slides, virtually anything is possible now with Hydra... 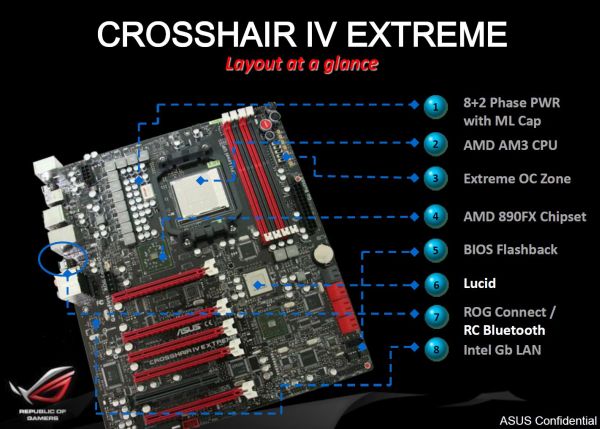 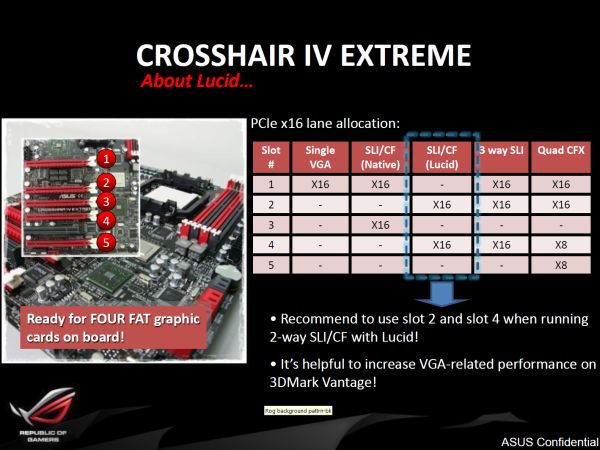 Asus explained also a little bit more on their own implementation of the AMD Turbo technology. Without any words here are some screens on the subject. 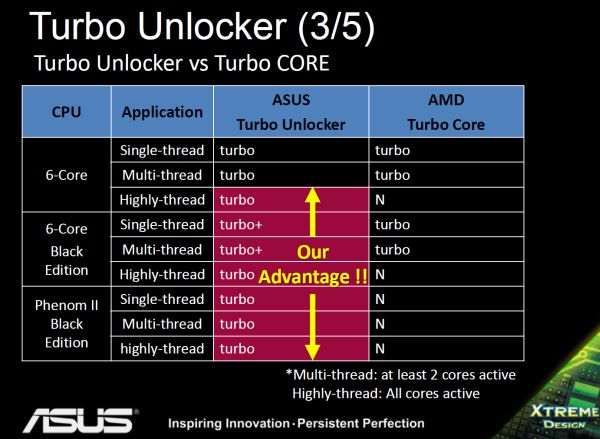 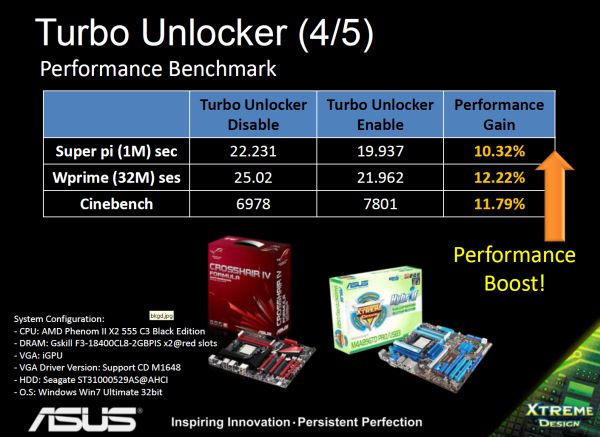 Good thing is that this Asus technology is also available for non Hexacore CPU's. Performance check on that matter in the upcoming Crosshair IV article