Ever tried to keep your X58 motherboards IOH and ICH temps at a reasonable operating temperatures ? To be honest most of the stock heatsinks really need some help as they are underdimensioned and/or lack an active fan. Temperatures over 65°C are very comon. Many watercooling companies jumped on the wagon to manufacture a all in one cooling solution for all the hot parts of the mainboard. No seperate waterblocks for the IOH and ICH chipset or PWM area. One block that cools down the hottest parts of your favoruite motherboard. EK Waterblocks was so kind to send us their clear nickel plated version for the Asus Rampage 3 Extreme

Even though Asus is reknown for manufacturing high quaility products. Sometimes somethings still manages to slip through. Occasionally we encounter a product with a badly mounted heatsink or heatpipe. Bad contact resulting in high chipset operating temperatures and hardware failure is just around the corner. The Wax like thermal paste used on the X58 lineup was never to my liking. replacing the stock TIM with eg OCZ Freeze or sortlikes, usually resulted in a nice temperature drop.

K time to remove the stock heatsink . A few screws later and a gentle twist popped off the the complete cooling of our Rampage 3 extreme board. 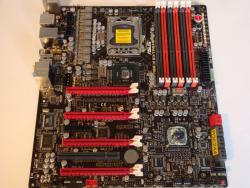 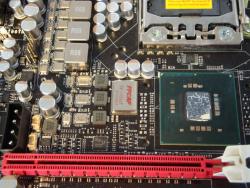 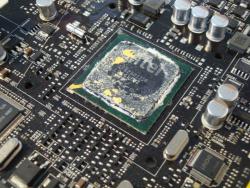 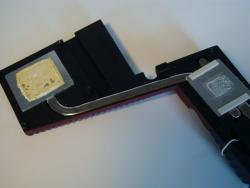 Not the most optimal contact, yet the board's bios reported temps around 66°C for the IOH (NB) and 67°C for the ICH (SB). With the added Asus active fan , IOH temps were reduced to 62°C. We have worked with boards that went straight up to over 85°C within a few secs. Clearly indicating something is wrong. 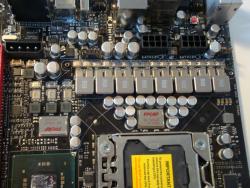 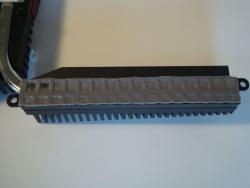 The PWM area is well taken care off, leaving a good imprint on the thermal pad.

Installing is just a matter of correctly placing the thermal pads and grease in the right position. Then position the small plastic washers. Good tip by EK is to put a small amount of thermal grease on them, this to make them stick in place.

Then place the green washers and screw everything gently tighter and tighter. Make sure the PCB is not getting bend or warped. 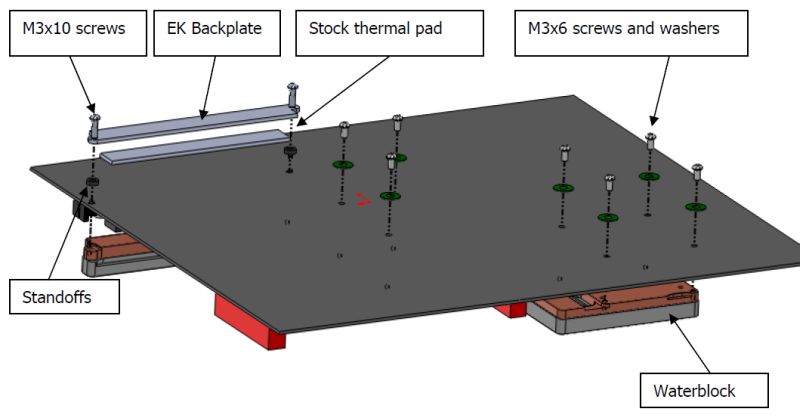 The installation is pretty straightforward and should not pose too much problems. Just take your time. When all is mounted the finished result should look something like this : 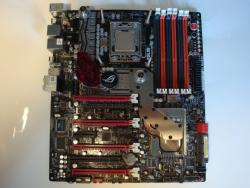 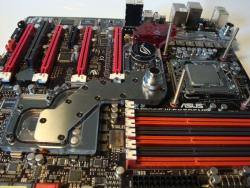