It is time to present the first 890FX motherboard that entered the Shrimps lab. And boy does it look stunning, ladies and gentlemen let me introduce you: The Asus Crosshair IV Formula. The previous Crosshair III was a master in efficiency, can the new 890FX chipset top the older generation? How does it pair with the new 6-Core Thuban CPU ? Let us go and explore this new addition to the Republic Of Gamer product line-up.

Asus has been renowned in the world of enthusiasts to bring flashy motherboards, stuffed with goodies and *bling* to satisfy the die hard gamer, hardware fanatic and enthusiast overclocker. Especially the ROG ( Republic of Gamer) series have been very popular. The Rampage Extreme and Commando board being the utmost popular boards ever. Time after time the Asus engineers seem to succeed in adding new features to make their latest creation stand out from the crowd. Today’s board is based on AMD's brand new Leo platform chip the 890FX.

The 890GX is a small evolution from the previous flagship, the 790FX. SATA 6Gbps is directly supported via the 850SB chipset; USB 3.0 still has to be controlled via a separate NEC chip. The new chipset also supports more USB ports, faster internal linkage. You know my reviews are not so technical based as most users just want to know how products looks and performs. So no profound technology discovery here, for more information in-depth info I refer to Massman’s launch 890 article. 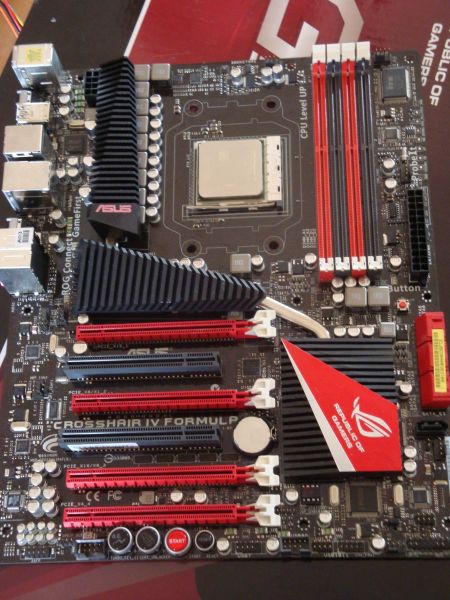 The board in all it's glory, Asus new Crystal Clash colour scheme and heatpipe/sink design will be found on all new ROG boards. 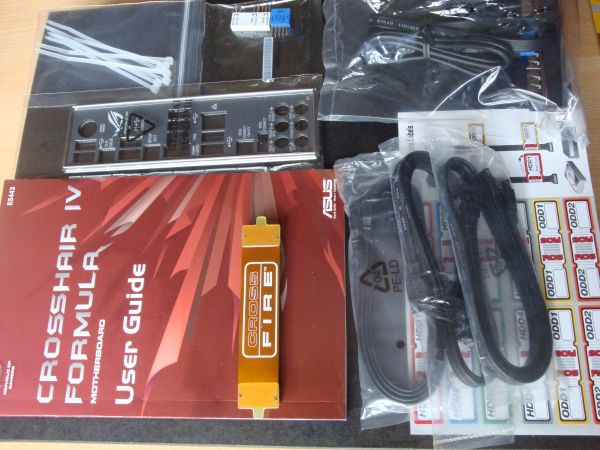 Gary Key confirmed me the final version will have some small updates. Not tested this bios myself.

Just got myself a new CH IV board as well. Flashed it to Bios 0905 as the inital version it got shipped with displayed the Spinpoint F3 issue.

Spinpoint F3 can't be detected by the Bios. In the latest bios this is fixed as you can select the controller to work in SATA-300 mode.

What kind of voltages were you using to achieve the OC's?
I'm going for 20x200 @1,40-1,45V but I'm not sure about the NB/SB voltage.
Any tips would be welcome.
What kinds of temperatures should the NB and SB be able to handle (as measured in ASUS PC probe)?

PS. The 555 from Gamer is coming my way that'll be for a second bench setup

Ha you bought the 555. You can grab some points with it at Hwbot

I'll be testing the Corsair GTX2, Gskill Flare and some cheapo kits soon... This to see if it really all pays off or you can keep ya money safely in ya wallet...
Comment from Teemto @ 2010/07/20
Looking forward to your review then