This was one of the most eagerly awaited releases at the latest CeBIT show 2010. Sadly for the Shrimps reviewers we didn´t see much Thuban or GTX 480 in real life at the fare. But now finally AMD´s new core is amongst us. AMD released 2 brand new CPUs: the 6 core 1055T model running at 2.8Ghz and the flagship the 1090T version at 3.2Ghz with unlocked multiplier. Time to explore how it performs compared to the older 4-core as well as Intel i7 competition.

We are used to getting regular CPU updates from our two favourite manufacturers. Mostly however they are just little speed bumps and aren't quite boosting innovative technology. This year is different though, we saw Intel's 6 core Gulftown monster popping up on the shelves, but sadly its release coincided with an equally monstrous price tag.

Now two months later we have another 6 core processor in the lab. The brand new Thuban core based Black edition 1090T from AMD. This product retails at 280 Euro. Not even a third of the price of Intel's creation. There's even a cheaper variant available, the 1055T at a mere 190 euro. Now these are more the prices we like to see. But what did AMD change to the Deneb core, besides adding two additional cores? Let's have a look under the hood. 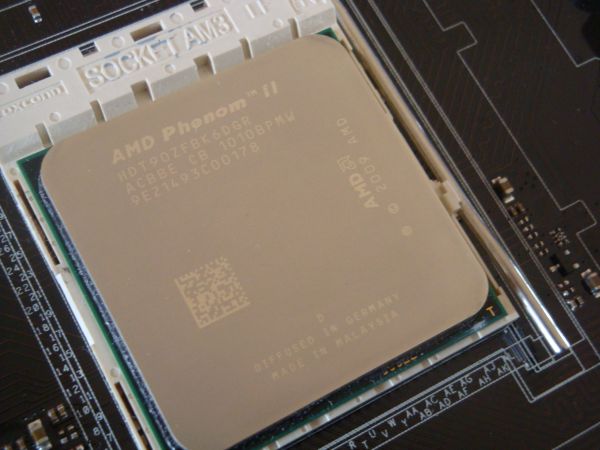 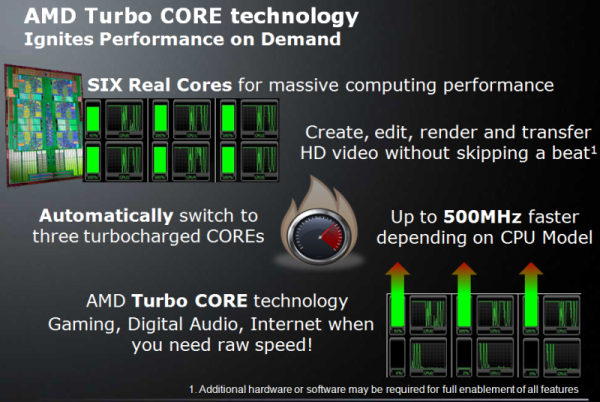 Why only 3 cores you ask ? This is still open for debate, but most agree this limitation is imposed to stay within the TDP of 125watts maximum. It's an intelligent, no brainer turbo mode, which is automatically activated when popping the Thuban CPU in your motherboard. Of course the board's bios has to support the new Thuban and its features. 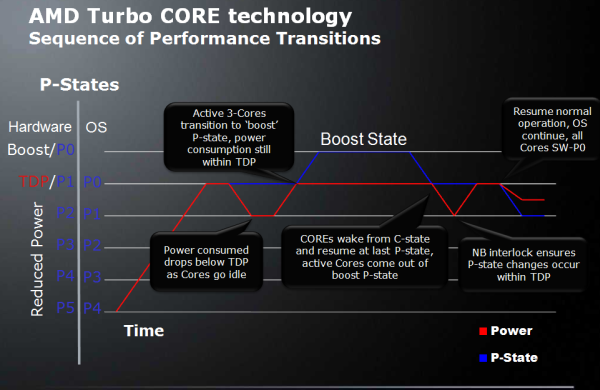 Again the ûber technical slide. What happens exactly: In fact the operating system is fooled by the CPU at the moment Turbo mode kicks in. The operating system still thinks the CPU is running in the high speed P0 state, as the TDP is not surpassed. The CPU puts 3 cores into turbo mode, the other 3 go into idle mode. This is different from Intel’s Turbo mode, where they completely shutdown inactive cores. Nevertheless it means you get a very fast 3 core CPU running at least 400mhz more, without having to touch anything. The bios presets voltages and co.

Let's move on to the results, to see how it affects performance ->