The GeForce GT 240 video card from Gainward that I have tested in this review does have one of the latest Nvidia GPUs on 40nm, offers performance similar to the 9600GT video card, but does not have a power connector, thanks to the lower power consumption.

At first I want to thank Gainward for providing me the GeForce GT 240 video card for testing and reviewing. 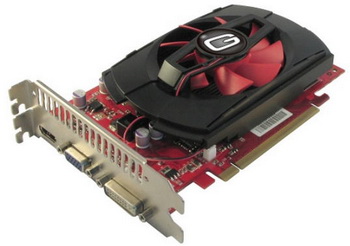 "Gainward is a computer hardware company which produces video cards. Their graphic cards used to be exclusively based on NVIDIA chipsets. However, they also announced ATI-based graphics solutions after the successful launch of ATI 4800-series hardware.[1] Gainward products are famous for their overclockability. The company has also recently released cards that deviate from the reference specifications set forth by NVIDIA.[citation needed] They have released a 20 pixel pipeline 7800GS AGPs with 512 MB of memory (based on the G70 core), and a 24 pixel pipeline 7800GS+ AGP video card with 512 MB of memory (based on the G71 7900gt core).

Gainward had a gap in which they did not produce anything new but they started producing again with the nVidia 8800 GTS series which has brought them back up to date with other companies such as Gigabyte and PNY Technologies.”