Given the four-times more storage space versus the previously reviewed P2 model from Crucial, the 2TB version comes with quite a bit of increased durability involving writes (600 TBW) and a limited warranty of 5 years. The Phison PS5013-E13 controller features some capabilities for preserving the integrity of the data, security but also for keeping the write speeds at a steady rate even when the pseudo-SLC cache becomes almost completely filled.

In this article we will concentrate our view on the P2 SSD by Crucial; this is a mainstream NVMe SSD which we have tried out before when the maximum capacity was just 500GB, now reaching even 2TB! The life expectancy of the 2TB version is 1.5 million hours, sports a TBW off 600 and a limited warranty of 5 years. This drive utilizes the PCIe 3.0 x4 bus, while the NAND packages are of QLC 3D 96-layer kind.

The P2 SSD is shipped inside a very compact cardboard enclosure which shows the total capacity of the drive: 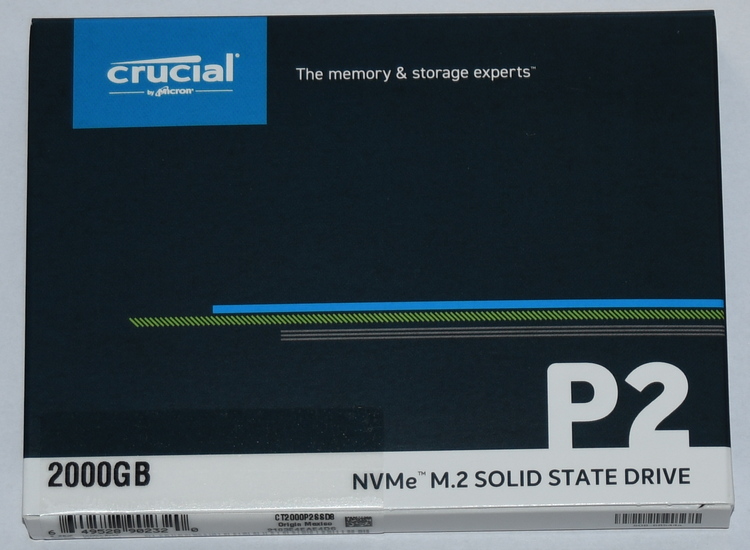 On the back side we will learn of the online addresses for accessing various resources but will also spot a small window which exposes the QR code of the product sticker: 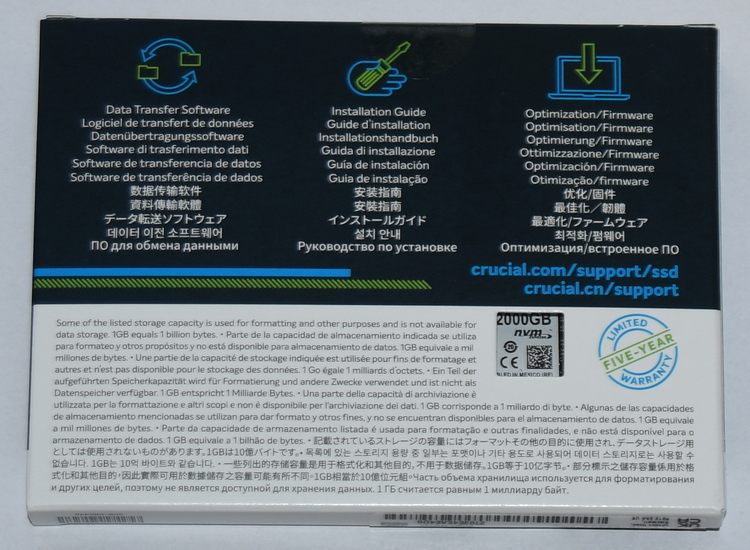 For additional protection and to make sure that the drive won’t bend during transit, it is also held inside a transparent plastic mold: 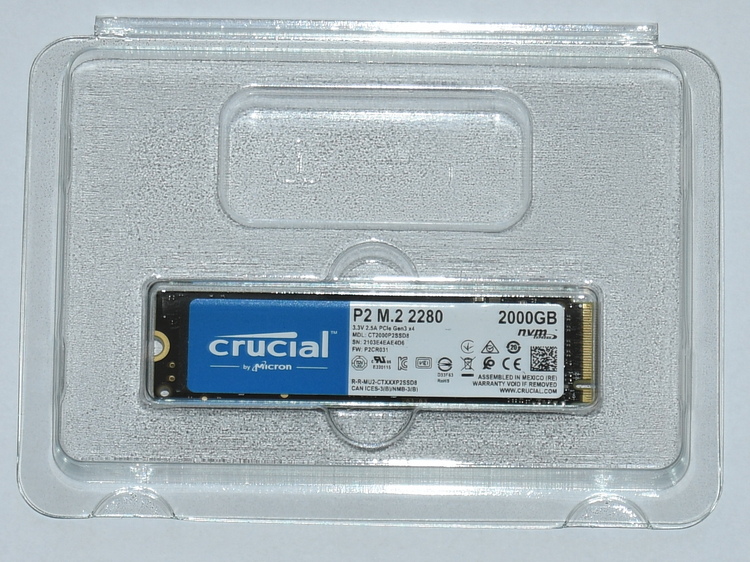 A leaflet comes with the drive, which offers a link to online resources, in multiple languages: 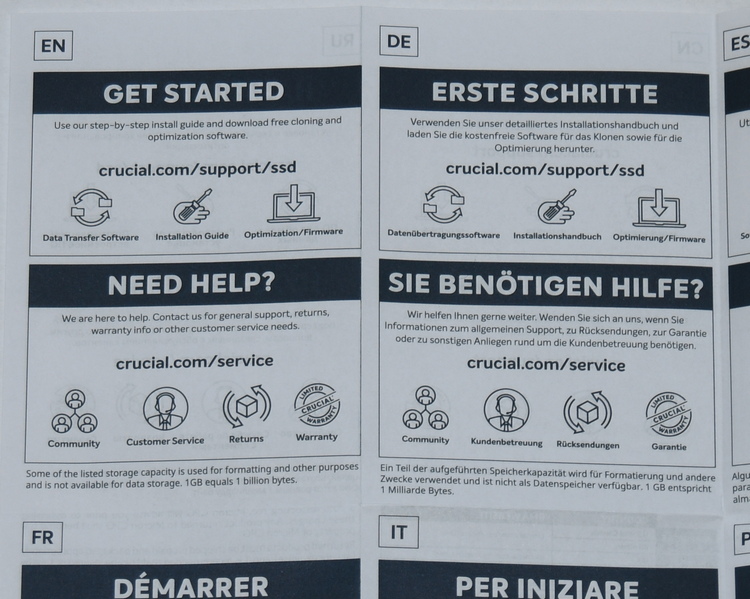 On the top area of the P2 PCB, we will find a sticker which notes the drive supported bus, power rating, serial number, firmware version, total storage space but also the list of supported standards:

The back side has no additional components, but only a small additional sticker:

As we have seen with the 500GB variant of the drive, we do have a DRAMless solution, with four NAND packages (larger capacity) but also the controller:

The controller is the same Phison PS5013-E13 which does have support for 3D TLC, PCI-Express 3.0 x4 and uses four flash channels. The item is produced on a 28nm process at TSMC: 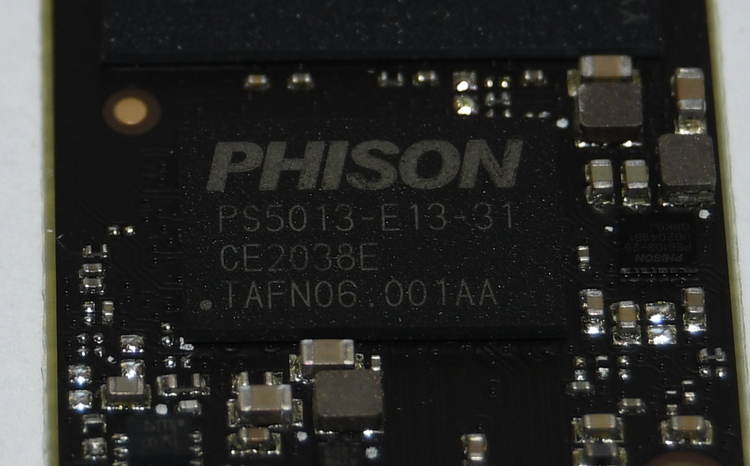 The NAND packages have the NX894 inscription, which means that they are 96-layer 3D TLC packages, each sporting 512GB of storage: 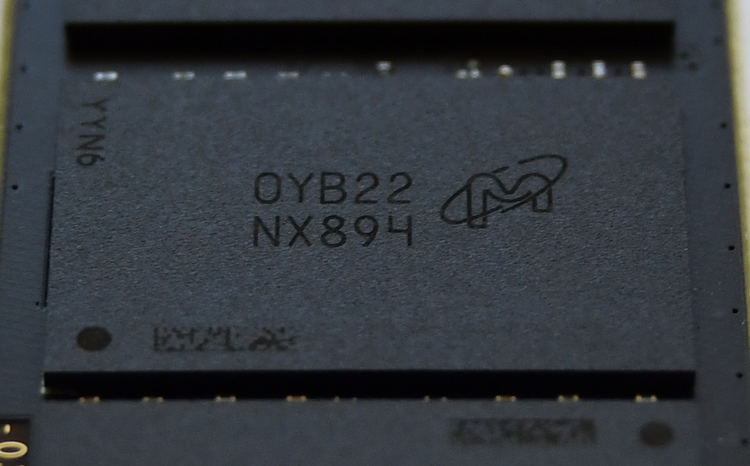