With the release of the Radeon RX 5700 XT 8GB GDDR6 Ultra THICC III, XFX has refined the cooling system quite a bit and now we do have a card that only occupies two slots, remains cool during maximum load and at the same time the fans remain at very low noise levels. Even though the card runs with the memory at 12Gbps, the used packages are rated at 14Gbps, so we have some overclocking headroom for sure in this regard, while the GPU reaches nearly 1750MHz boost clock in Time Spy Extreme, as the manufacturer intended. XFX and AMD themselves have intended to recommend this card for 1080P resolutions while gaming, but we have seen situations when this card can handle 1440P resolutions at around 60FPS in some titles, without exceeding 140W package power. 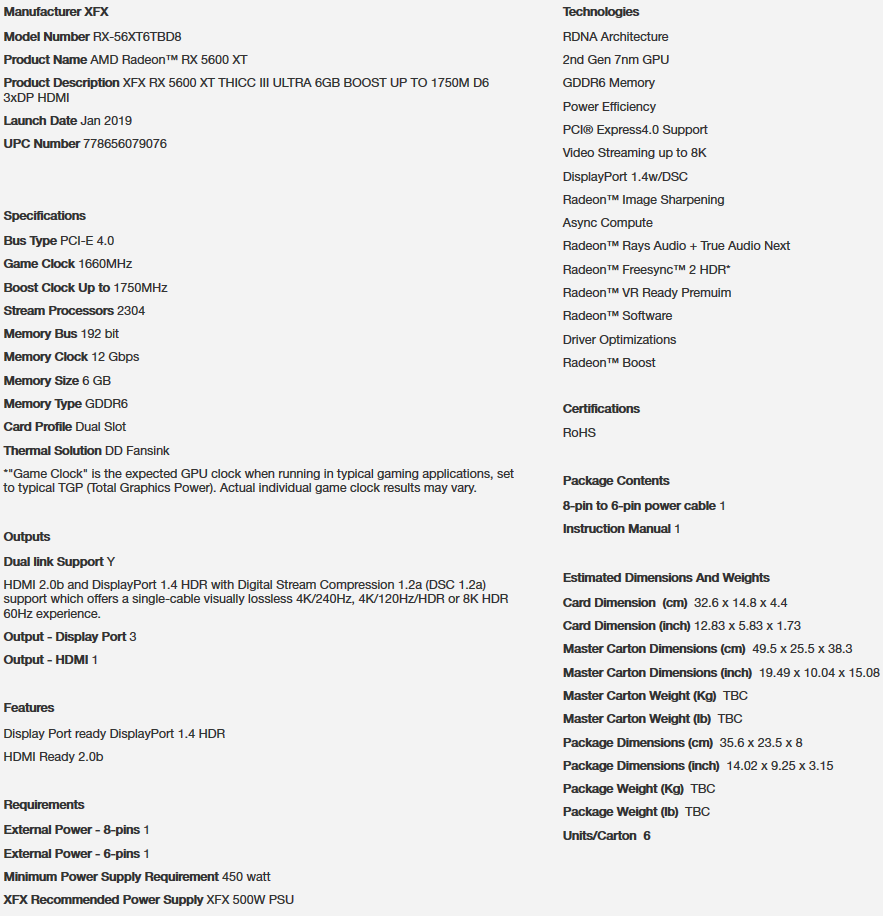