The EXCERIA PRO M501 card from Toshiba has proven itself as being one of the speediest from the bunch we have tested so far, succeeding to even surpass the Lexar Professional 1800x read speeds in some usage environments. Write-wise however, the Lexar Professional distances itself quite a bit, offering speeds around 197MB/s, while the EXCERIA PRO M501 can go up to 130MB/s when writing large files, very close to the rated manufacturer speeds. 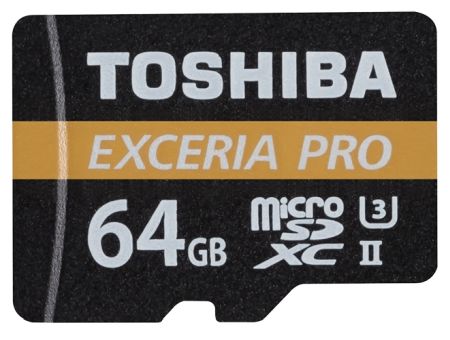 At first we would like to thank Toshiba Corporation for offering a sample of their EXCERIA PRO M501 MicroSDXC Card for testing and reviewing.