The Ryzen 5 1600 CPU does arrive with notably lower core clocks and 30W lower TDP versus its 1600X brother, all other technical specifications remaining the same. While we can see a small performance drop with the Ryzen 5 1600, both CPUs seem to share similar overclock margins on AIO water cooling; however, we did manage to achieve 3.9GHz at a considerably higher voltage than on the 1600X, which tells us that the more expensive SKU did belong from a more capable batch.

After trying out the X SKUs from the Ryzen 5 series, it is now time to also analyze the cheaper, non-X variants which are basically the Ryzen 5 1600 along with the Ryzen 5 1400; these two feature different CCX configurations and our first article will concentrate on the 1600 model.

After monitoring with HWiNFO64, we can see how the core clocks do perform in regular use (Current, Minimum Frequency, Maximum Frequency, and Average Frequency):

We won’t bore you again with the technical details since everything we have described along with the Ryzen 5 1600X does also hold with the Ryzen 5 1600. What is really interesting to check is how the lower-spec SKU does hold against the X-variants in multiple benchmarks and games; we will also analyze further on how the CPU performance does modify with the increase of memory clocks, how overclockable this SKU really is and afterwards draw a final conclusion.

The Ryzen 5 1600 CPU sample has arrived in a very simple packaging; if you are getting this particular processor from retail, you will also get with it a stock cooler, so if you do not intend on overclocking the platform, you do not need to invest in a brand new AM4 cooling system too. 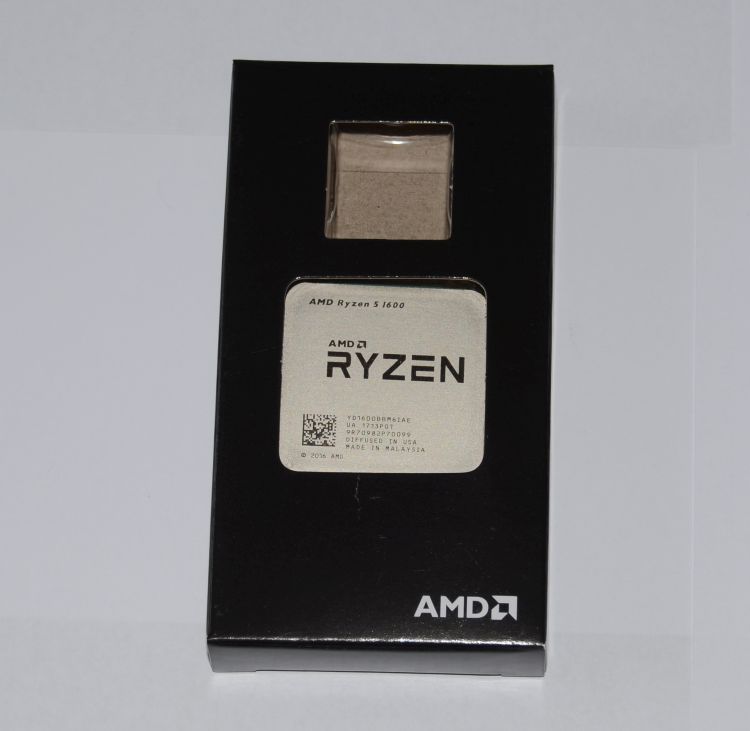 The inner transparent plastic mold the CPU is held secure does have the same shape as we have seen with the other processors from the Ryzen series, but this time the Ryzen 5 sticker was not supplied with it: 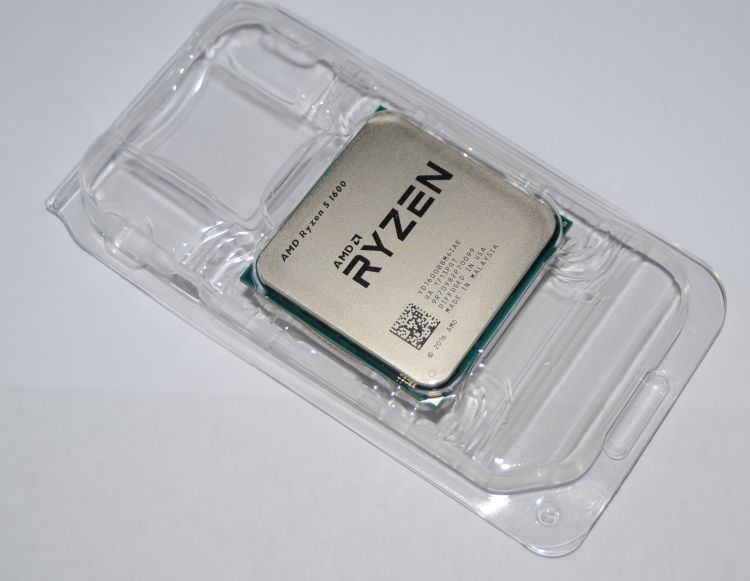 A closer look at the Ryzen 5 1600 CPU does reveal a central logo that uses specific fonts. The Ryzen CPUs are using solder between the HSF and the cores, for an optimal heat conduction to the cooling system; the later experiments have proven that delidding does not bring any benefit in this case: 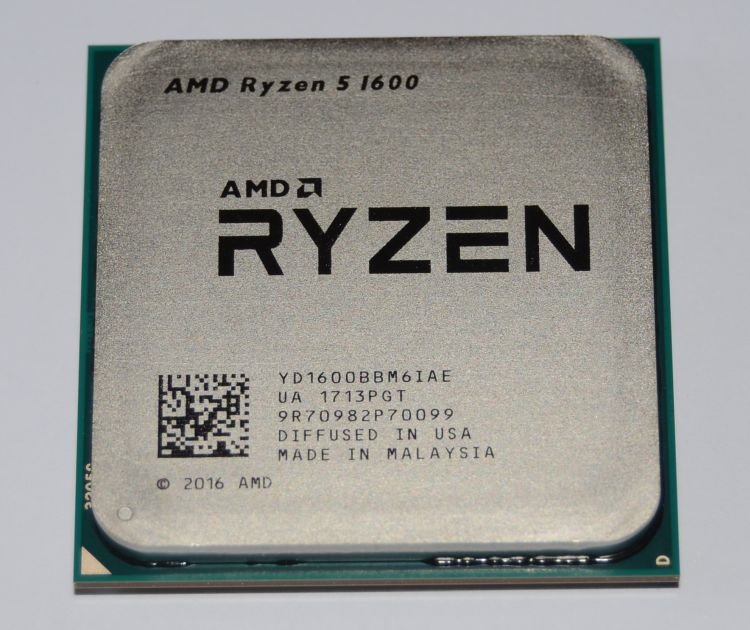