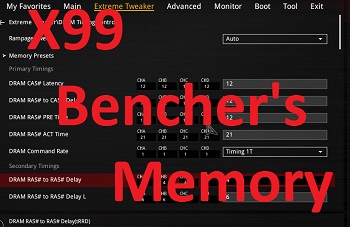 Since the launch of the Intel Sky Lake platform, we were being flooded with a multitude of different DDR4 memory ICs. After you finally decided to buy that particular tweakable kit, there were again screenshots popping up of something new and at first glance even better performing memory.  At launch date Hynix was king of the hill for the X99 quad channel setups. however the latest memory architecture release for Sky and Kaby Lake are the Samsung B-DIE ICs. When tweaked, they are able to run at high speeds in combination with ultra tight timings. These are a real treat to gain them extra precious points to climb in the HWBOT ranking. Besides the fact that the latter are 8GB modules and thus a bit more pricey than the other 4GB variants, one drawback is that these B-DIE based memories are still pretty inconsistent in quality. Wading through different OC forums we noted DOA's, degraded sticks and even many sticks just failing to do tight timings at what we consider to be standard OC speeds, hence why memory binners jumped on the wagon and are selling, logically for a little extra margin, sticks that can truly deliver the goods. Today we explore what memory is great and which one is the best for your high end Intel LGA 2011-3 platform.

The launch of Broadwell-E last summer confirmed that Intel's X99 LGA 2013-V3 is still the platform to be used for benchmarks like Vantage, Catzilla, 3DMark11 and them tough Firestrike runs; especially the Futuremark versions can benefit from a well-dialed in memory subsystem, reflecting in a better total score thanks to improved PhysX and combined scores, so time to explore what these B-Die memory kits can mean for you, besides burning another hole in your wallet :) 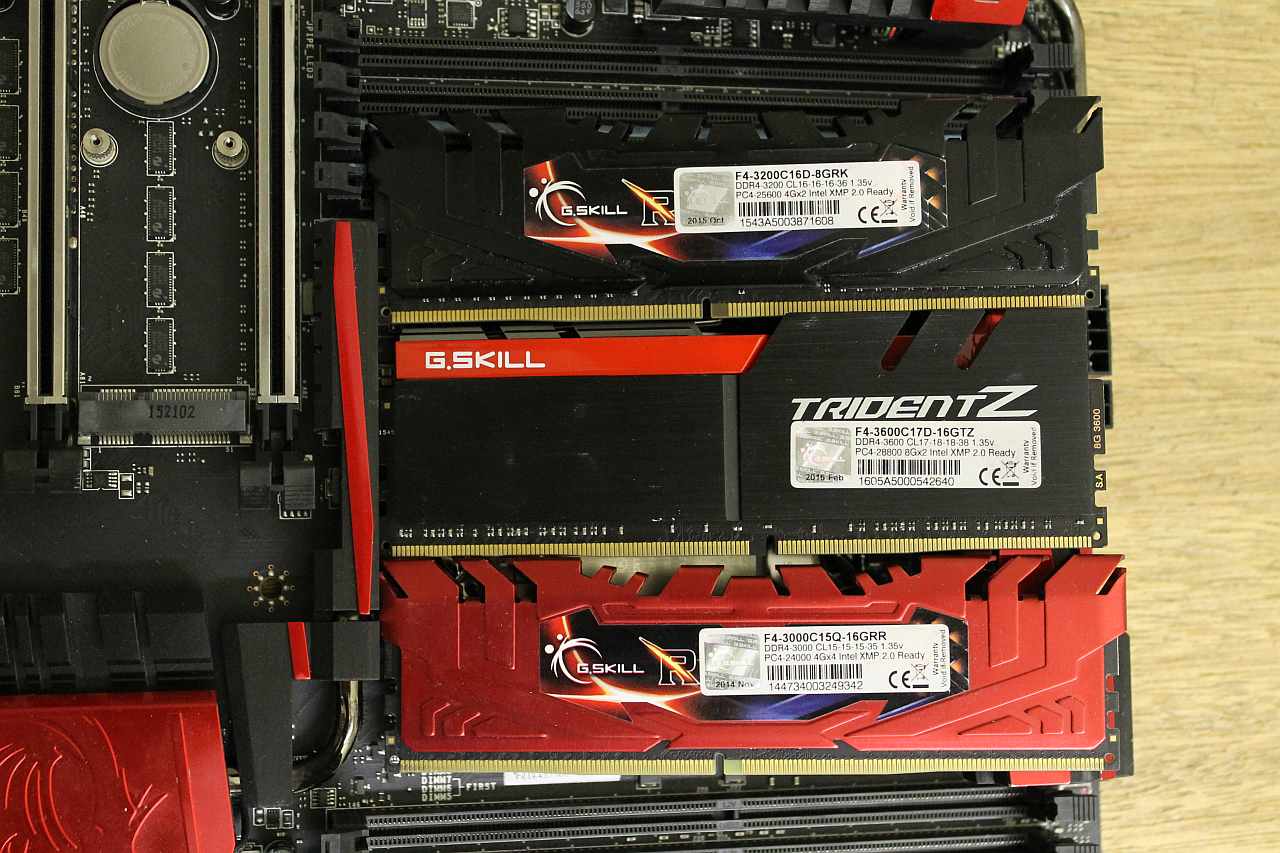 Everybody knows that ultra-high memory kits are nice but your system must be able to handle them. With each new platform we have seen an increase the memory speeds. Especially the processors Internal Memory Controller (IMC) has to cope with the insane bandwidth some of these memory module are able to deliver; while initially DDR4 timings looked utter crap, things have evolved nicely and the million dollar question is always which sticks are the best for my needs.

This article is for the die-hard tweakers and Overclockers that want to get the utmost performance out of their setup. A lot of questions have arisen at the HWBOT.org forum about using these B-Die sticks on Intel's current High-end platform X99. Some knowledge is required as one has to wade through the numerous BIOS pages to get everything dialed in accordingly.

For our testing purposes we tested three different candidates based on Hynix MFR, Samsung E-die and the latest and greatest Samsung B-Die. No quad channel AFR memory kit was available at the time of testing; maybe we can update the current article in the future. Also the popular D-Die (slightly tighter main timings than E-Die) was left out of the test as I only had one Dual Channel kit available.

Our test platform  comprised of the following hardware:

The DDR4 memory kits we tested are the following: