The quality of the Chinese standalone smartwatches has increased quite a bit and we are quite pleased with the appearance, build quality and features of the IQI i3 model. The integrated 380mAh battery can only supply enough power for a day or a day and a half (depending on the usage pattern) and the main culprit for this is the AMOLED 400x400 display. The watch does offer entry-level health monitoring stats such as a pedometer, heart rate sensor and can be successfully used as a remote for Bluetooth headsets while running or performing other fitness activities. Thanks to a fully-fledged Android OS, we can install plenty of other applications from the store, only that not all do support the round screen aspect of the i3.

Last time we have had contact with an Android (non-Wear) smartwatch was back in 2014, when we did cover the TrueSmart from Omate. That model was one of the first of this kind and while it was quite bulky and uncomfortable to wear, it was packing a full Android OS, we could make phone calls right from it and was also sporting an internal hardware GPS. We do remember though that the TrueSmart was not really good when used as a companion smartwatch, because there were limitations in both the Android distribution back then, but also the application on the smartphone which was sending alerts to the watch was not too great. 2017 seems to change this quite a bit, and one of the examples is the i3 3G smartwatch from IQI, which not only packs hardware as in a regular smartphone, but also comes with heart rate measurement and a large 1.39 inch display with touchscreen. The device is not as bulky as the previous reincarnations of its kind and can be used successfully as a companion smartwatch at only $86!

The product is shipped in a circular cardboard enclosure, which reminds us of the Motorola Moto 360 box: 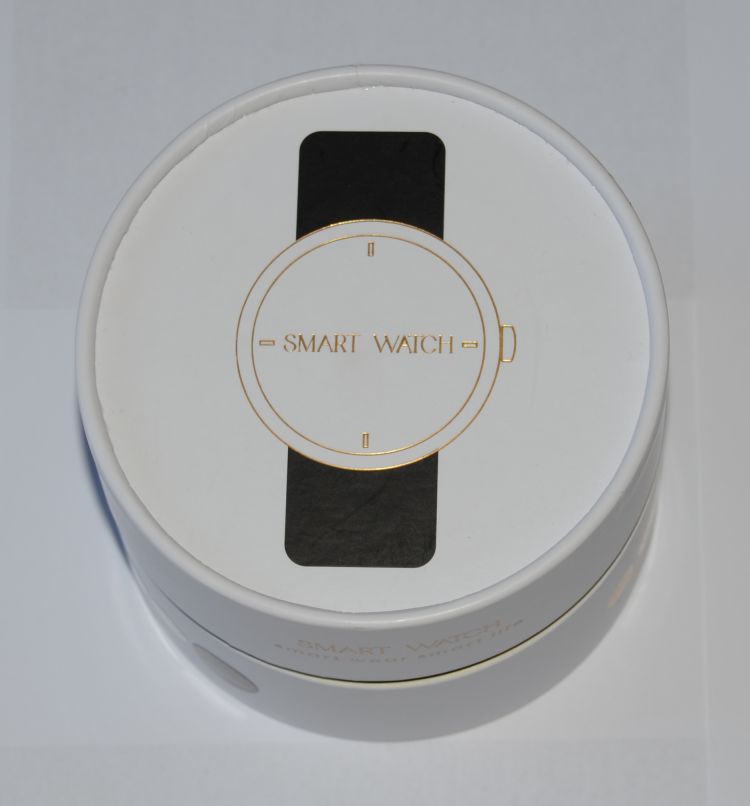 On the box side, we will get to see some of the product highlights listed as pictograms: 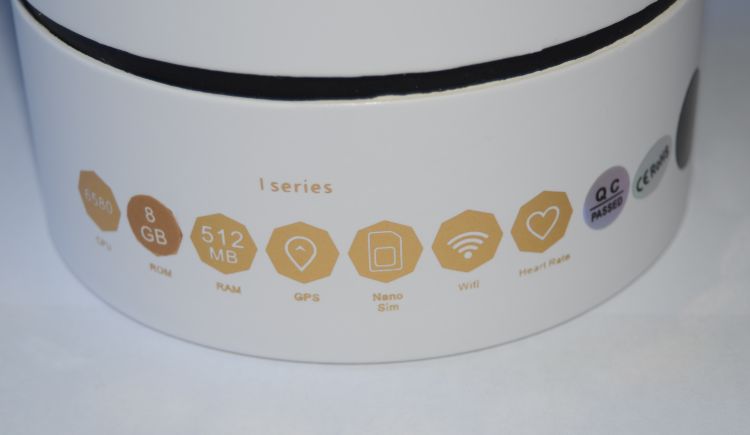 After removing the top cover, we will get to see the user manual: 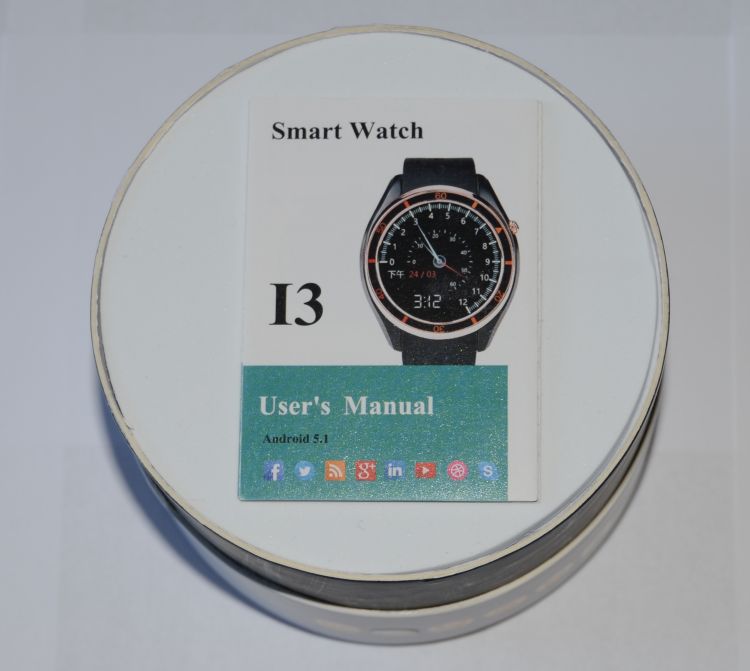 The i3 smartwatch is surrounded by foam material, in order to avoid damages during transit; a removable screen film is also attached, which must be removed before the first use: 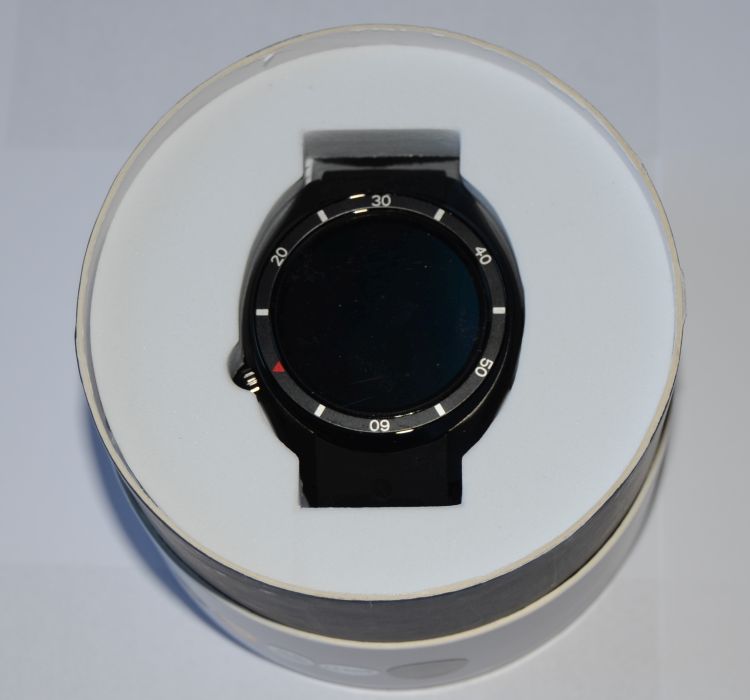 The supplied manual is offering us a short introduction to the software interface of the i3:

Besides the watch, we are also receiving hardware bundle, such as the USB charging cable, a small screwdriver but also two extra small screws:

The USB data/charge connector is attached to the smartwatch with magnetic force: 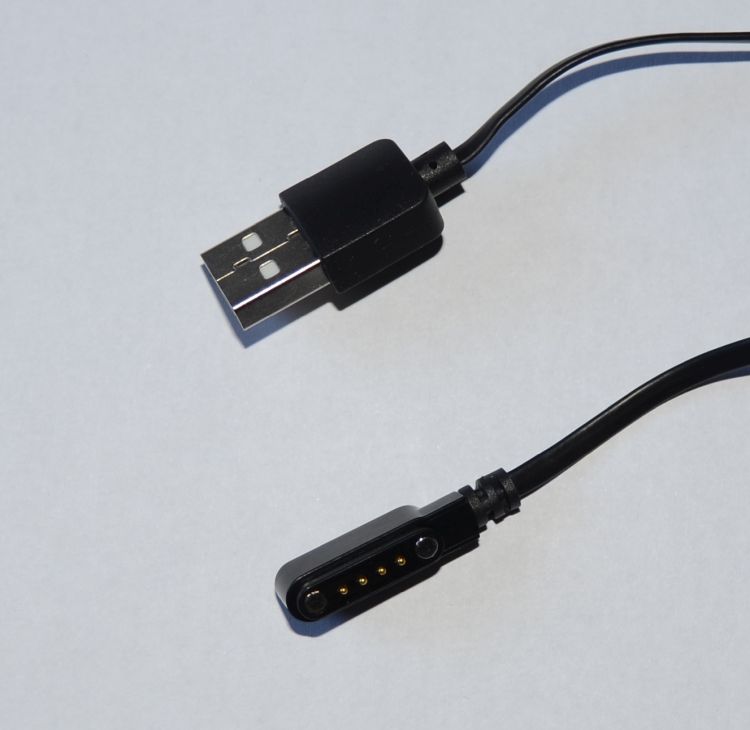 The i3 comes with a rather slim chassis and has a design more oriented towards sport watches; its high-strength alloy case has a low weight in order to remain comfortable during long periods of usage: 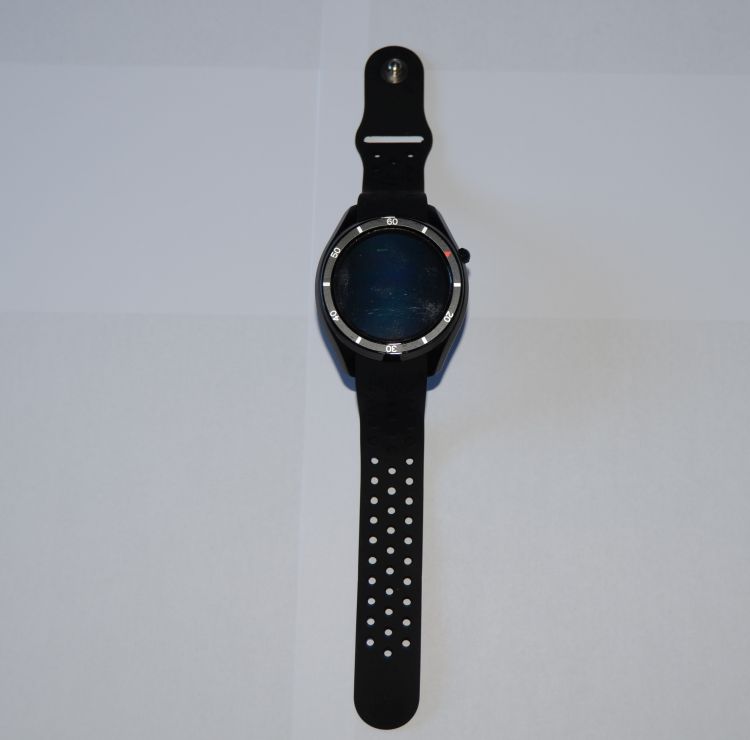 Our version of the watch has arrived with a silicone band, which gets fixed thanks to an aluminum pin: 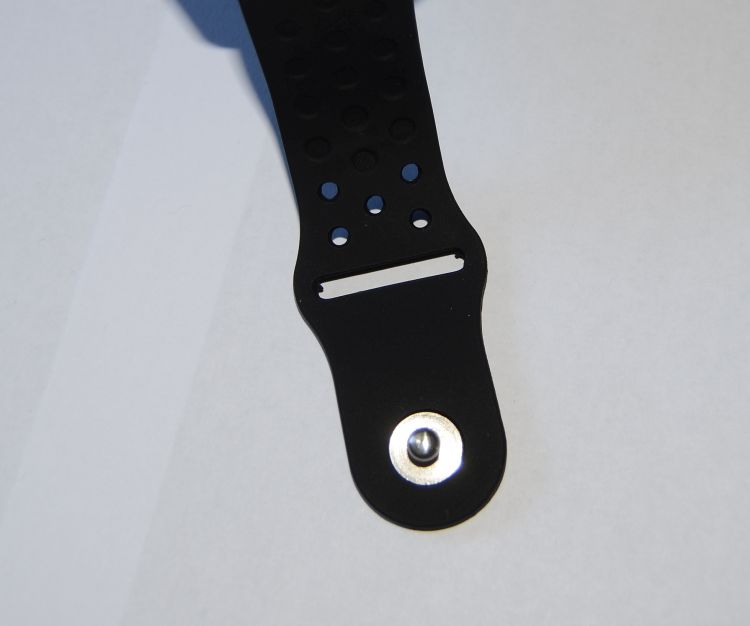 There are several holes available so it would fit any arm size: 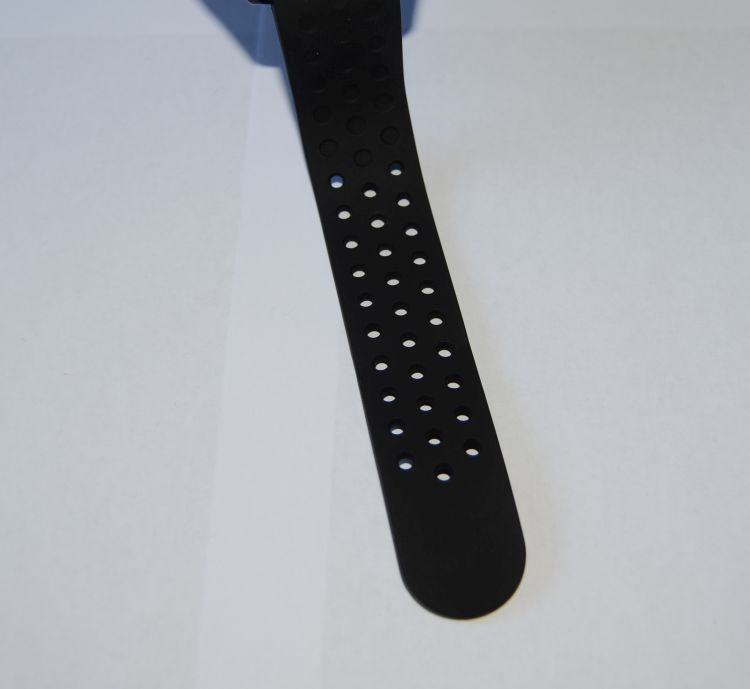