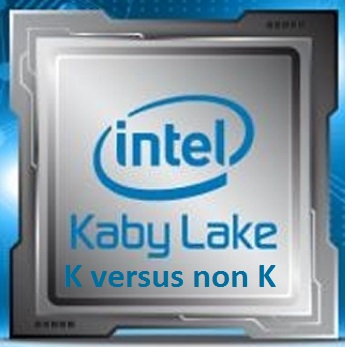 Time for an update to the Kaby Lake launch article! Even though the multiplier-unlocked K-skew models are fairly priced, still a lot of PC users/builders opt-in for the cheaper variants. Mostly to cut down on the total system price or to maintain a better price/performance balance between the different components. Myself being labeled as a hardcore tweaker/overclocker has a hard time to grasp the previous. The quest for extra performance is never ending, being it for daily usage or for extreme benchmarking. Yet again is all this power required for daily usage? Do gamers need all this processor power or is a cheaper processor also a worthwhile option? Today we will test the Non-K skew Kaby Lake processors series and also compare them to the freshly released Core i3-7350K with the trustworthy MadShrimps test suite.

Super PI is a single threaded benchmark that calculates pi to a specific number of digits. It uses the Gauss-Legendre algorithm and is a Windows port of a program used by Yasumasa Kanada in 1995 to compute pi to 232 digits.For SuperPI 32M, in additional to CPU frequency, memory frequency, memory timings affect the total time as there is heavy memory access throughout the computation. 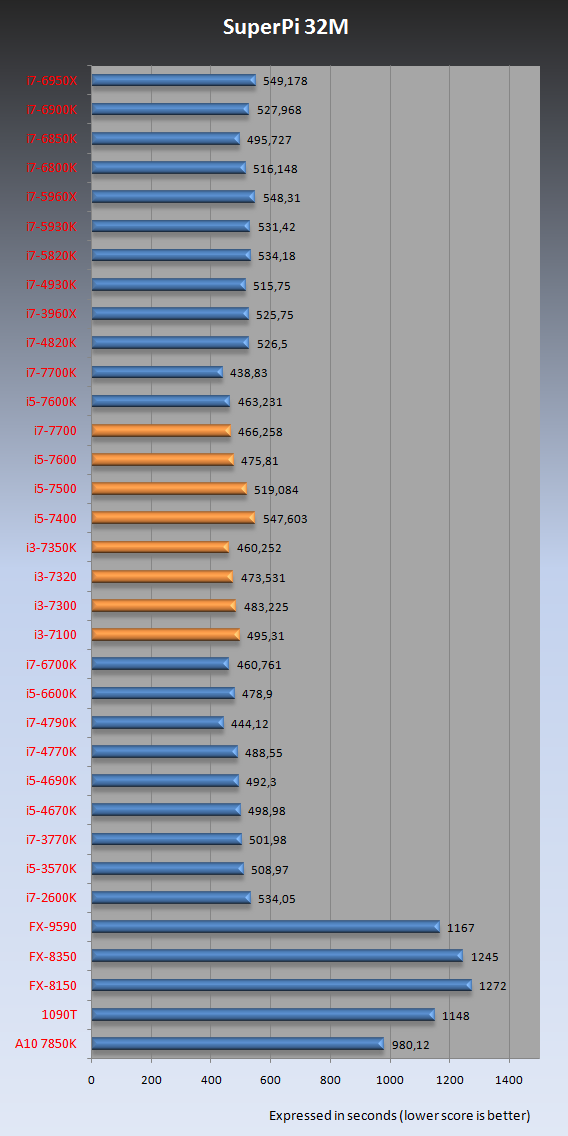 When using single threaded applications we can clearly see the difference in clock speeds between the i3 and the lower clocked i5 processors, even though these sorts of applications are becoming more and more seldom. However SuperPi  still gives a good indication of the instructions per clock improvements a processor generation can offer. 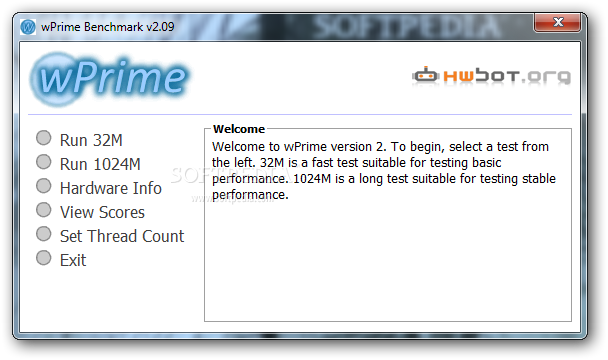 Prime is a leading multi-threaded benchmark for x86 processors that tests your processor performance by calculating square roots with a recursive call of Newton's method for estimating functions, with f(x)=x2-k, where k is the number we're sqrting, until Sgn(f(x)/f'(x)) does not equal that of the previous iteration, starting with an estimation of k/2. It then uses an iterative calling of the estimation method a set amount of times to increase the accuracy of the results. It then confirms that n(k)2=k to ensure the calculation was correct. It repeats this for all numbers from 1 to the requested maximum.

In the multi-threaded Wprime application we can clearly see that the real cores of the i5 processors make mincemeat of the dual core albeit with Hyper threading Core i3 range. Comparing the i5-7600 and i7-7700 versus their K brethren we see the slightly higher core clocks and even higher Turbo of the latter offer a distinctive advantage.