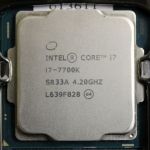 2017 is straight starting an exciting year with many important hardware releases scheduled. Intel's current pace of rolling out new processors is overwhelming; each half year we get new processors generations to test and to analyze. Not that we are complaining but for those that want to run the latest and greatest Intel hardware it might become a very expensive and time consuming hobby. Last year at Computex we experienced the introduction of the high end Broadwell-E desktop processor line-up; half a year down the road the more mainstream Skylake series gets replaced by the Kaby Lake generation. Time to get cranking to see what is exactly new here...

Intel's 7th generation processor has arrived; after the several leaks, being referred by some as NDA violations,  we can deliver the raw data Madshrimps has collected over the past weeks. Kaby Lake again does not adhere to the Intel Tick-Tock principle. Many would have expected a die shrink (Tock) because Skylake was manufactured on the same 14nm technology as the  unsuccessful desktop Broadwell generation. Nevertheless Intel has refined or reworked the 14nm technology and refers to it as 14nm+. Numerous transistor enhancements allow for higher clocks at the same voltage or otherwise requiring less voltage for similar clocks. We at Madshrimps prefer more speed for the same voltage. More is better isn't it? 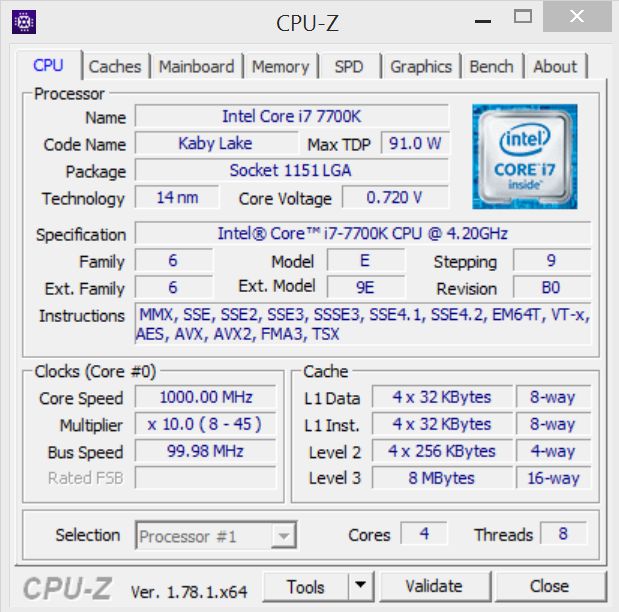 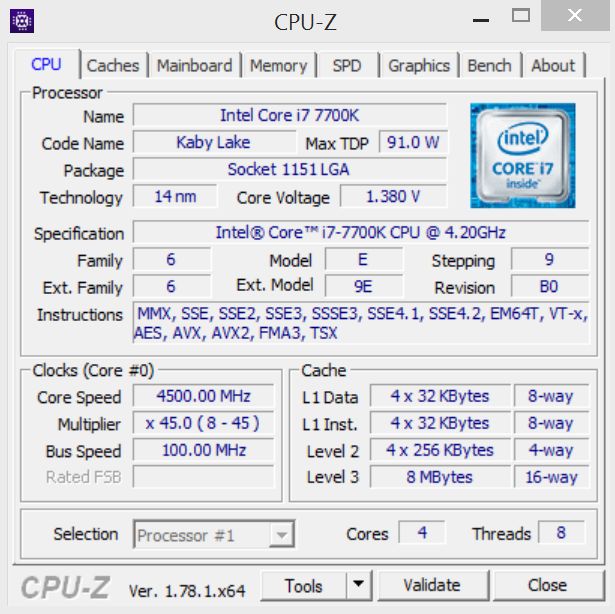 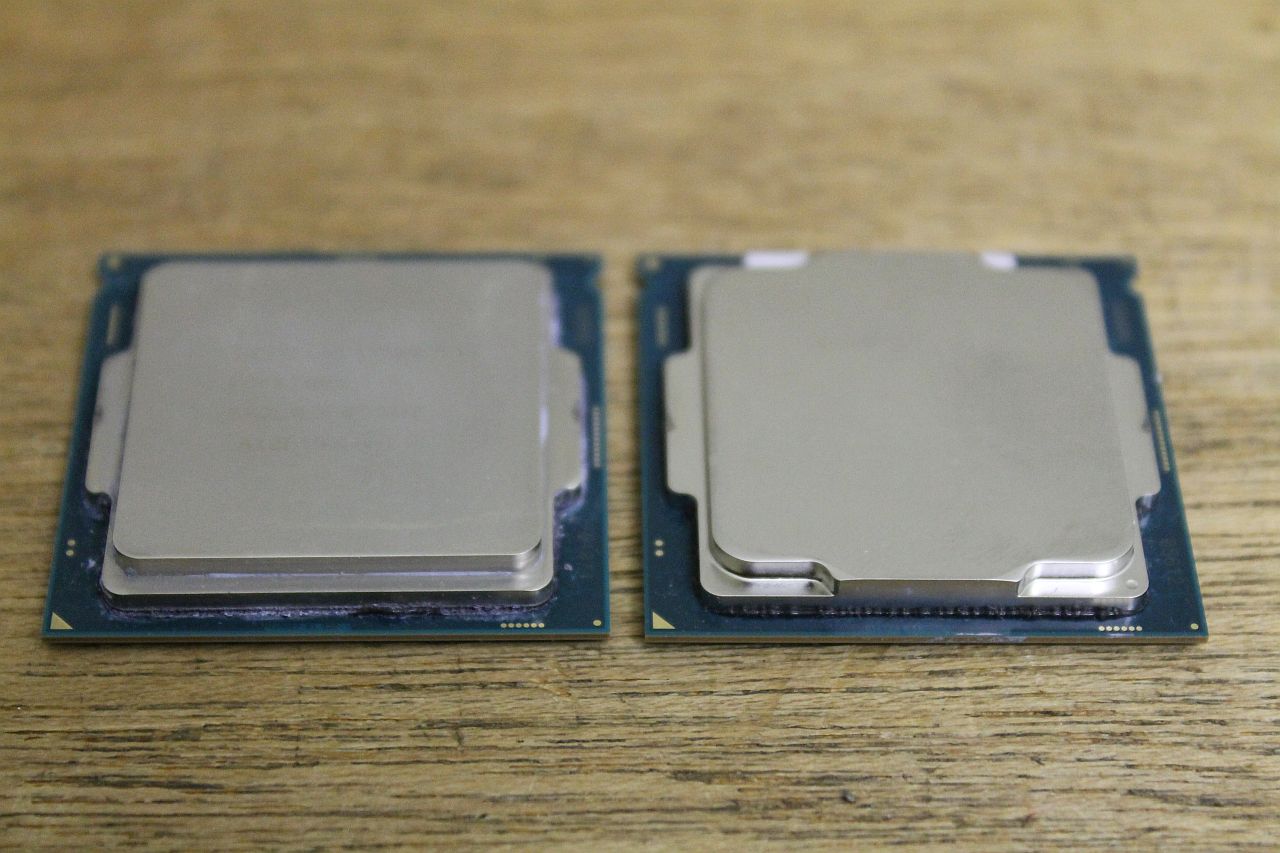 On the left we have the Core i7 Skylake 6700K, on the right the new kid on the block the Core i7-7700K aka Kaby Lake. A small difference in heatspreader design and on the backside also minor changes noticeable. 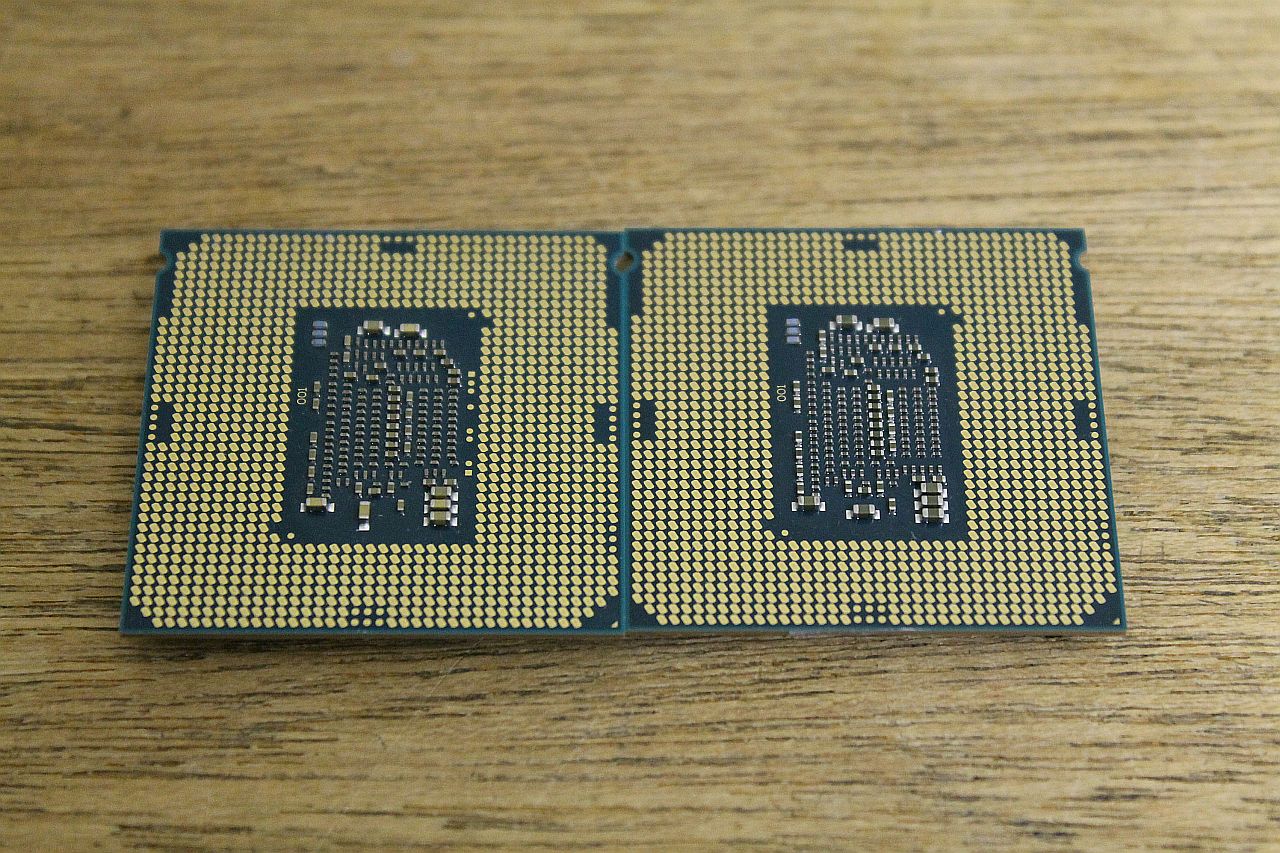 Quickly comparing the two high end models of the 5th, 6th and 7th generation clarifies much: 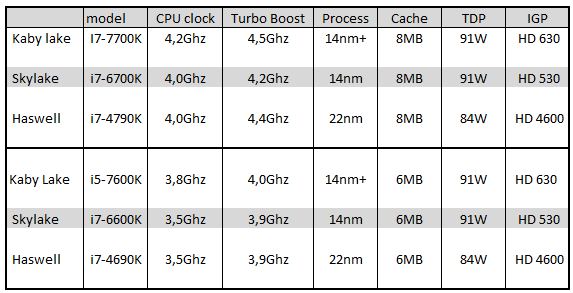 Intel though has included a beefier Integrated Graphics, the HD 630, yet still not up to scratch with the performance of recent  AMD APUs or even the Iris Pro Graphics from the Broadwell series, but gaming on the IGP  is not the focus of Intel's latest release, however it supports VP9 decoding and even 4K HEVC 10-bit decode/encoding.  According to Intel the new Kaby Lake is capable of decoding 4K video at blistering speeds (60 fps, with a max bit rate of 120MBbps). The integrated GPU does all the calculations now, so in fact the Kaby Lake CPU is idling. This results in the aforementioned performance and for the Notebook users improved battery life.