The GeForce GTX 1080 HOF card sports a unique white/silver appearance in order to be fitted inside high-end gaming setups with a transparent side panel. It is equipped with a massive three slot cooling system which does integrate one back plate, one frontal plate, a big heatsink with no less than five heatpipes but also three 90mm silent fans. The back area of the PCB houses a row of blue LEDs which do stay on at all times, while the Hall of Fame logo area does come with RGB LED lighting, which is fully customizable thanks to the Xtreme Tuner Plus utility. 1080 HOF is also pre-overclocked from the factory and performs well in most games at 4K resolutions.

After trying out the mainstream to high-end KFA2 GeForce GTX 1070 EX OC but also the EVGA GTX 1070 SC, the mainstream KFA2 GTX 1060 OC it is time to have a look at the current high-end offering from Nvidia, the GTX 1080 GPU in form of the KFA 2 GeForce GTX 1080 HOF (Hall of Fame) video card. KFA2 does have multiple cards based on the GTX 1080 but the HOF variant is their absolute high-end, with a massive triple-slot cooling system, custom PCB but also some other goodies.

GTX 1080, as its smaller brothers is based on the Pascal architecture which debuted in April at Nvidia’s GTC event. Everything started with the reference design, which was named “Founders Edition” with a PCB and cooling system entirely designed by the manufacturer and it could be considered a starting line for the custom designs. This GPU comes with a total of 2560 shader units available (on the GTX 1070 we could only see 1920), 160 texture mapping units (versus 120 on the 1070), while the total number or ROPs remained the same at 64. Another novelty element represents the memory chips used, which are now GDDR5X (unlike regular GDDR5 found on the GTX 1070/1060/1050 cards); GDDR5X targets a considerably higher speed of 10 to 14Gbit/s per pin, which is basically twice than the one of the GDDR5. These new memory ICs provide the memory controller the option to use either a double data rate mode with a prefetch of 8n or a quad data rate mode which comes with a prefetch of 16n. GDDR5 on that matter comes only with a double data rate mode which has an 8n prefetch. The number of pins are also increased on the GDDR5X chips to 190, while GDDR5 did only come with 170. Both GTX 1080 and GTX 1070 are equipped with a 256-bit bus, while the GPU is built on the 16nm process from TSMC which means that there is less voltages usage within the GPU, a less transistor gate leakage but also the transistor density is higher versus the previous generation.

The HOF GTX 1080 variant from KFA2 is packing an impressive overclock on the GPU to 1734MHz (versus the 1607 on the stock design), while the RAM frequency did remain the same at 1251 MHz. Let’s go on and check the product along with its bundle in more detail!

When we first received the sample package, we were quite impressed by its size; for you to make an idea, it is as wide as enclosures housing large mechanical keyboards, while the 1070 and 1060 cards are usually shipped in much smaller boxes. The packaging does feature a signature KFA2 box art, with a massive GEFORCE GTX 1080 logo: 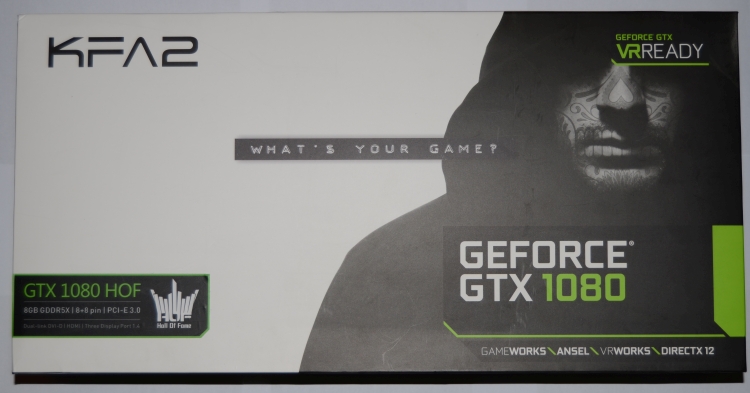 Also here we will learn that we are dealing with a card equipped with no less than 8GB of GDDR5X memory, which needs extra 8+8 pin PCI-E power supplied to it, supports the PCI-E 3.0 bus, is equipped with dual-link DVI-D connectors, HDMI but also three DisplayPort 1.4 outputs:

On the package side, we will get to see the key list of features, the minimum system requirements but also a list of which is included in the box (which is not, in fact complete since there is more stuff there than the actual card):

The back side of the box comes with a small product description and KFA2 recommends this card for gaming at the highest quality possible (obviously), to use inside high-end media centers, for multi-display setups and more. Here we are also reminded that we have a downloadable software at our disposal, the Xtreme Tuner Plus, for fine-tuning the card even further: 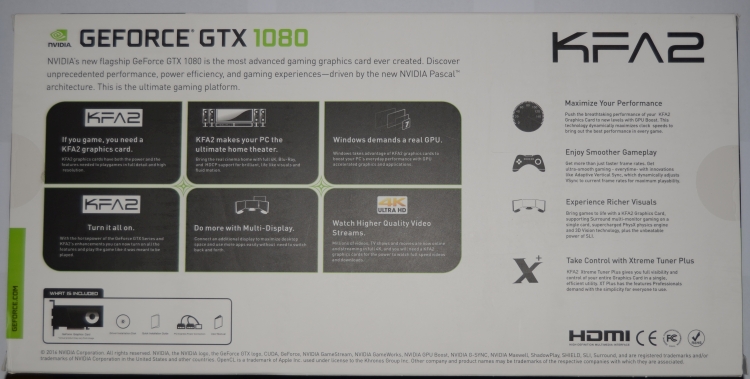 After removing the top package layer, we will end up with another large cardboard box: 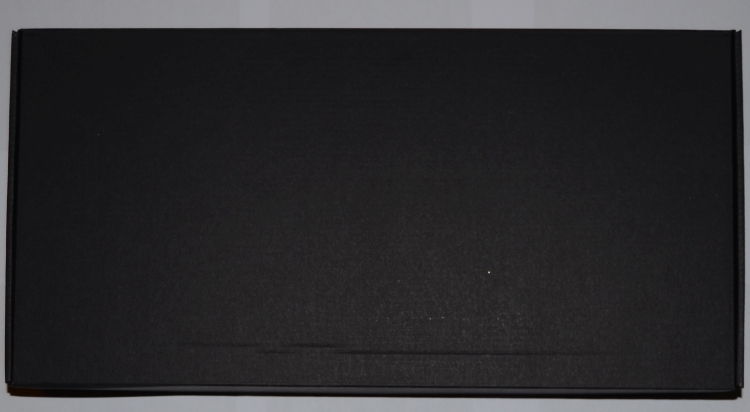 The inside contents are further protected by a lot of foam material:

Let’s check it out in more detail:

First, we’ve got the documentation, which is composed of a User Manual, a Quick Installation Guide, but also a HOF FlexHold Installation Guide; a driver disk is also available for us with drivers, but we always recommend downloading the latest version from Nvidia’s website: 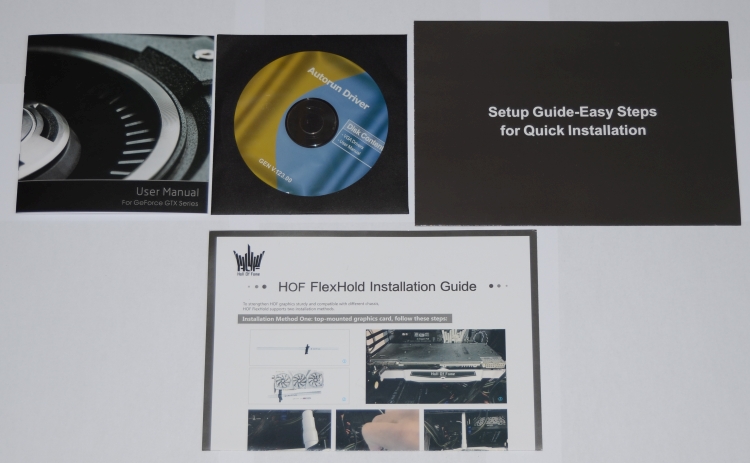