The RACING series Z170GT7 flagship from BIOSTAR comes with a brand new design which includes a dark matte PCB with a checkered flag in the middle, themed heatsinks with customizable LED colors and effects, but also a metallic shield in the I/O area. The LAN interface is provided by Intel while onboard audio is offered by Realtek, which also features shielding capabilities solutions so the noise is minimized when playing analog audio. The board was designed to house the latest LGA1151 Skylake processors from Intel and since it is powered by a Z170 chipset, overclocking and high-speed memory can be used without issues. 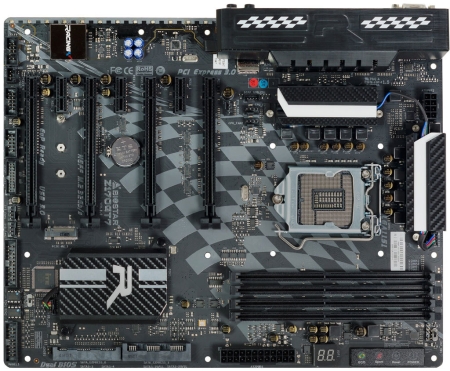 At first we would like to thank BIOSTAR for offering their Z170GT7 LGA1151 Motherboard for testing and reviewing.