The RACING B150GT5 was built from the start as a mainstream board, for budget-conscious people which usually also go for locked processors and are not interested to overclock their machine. We did really enjoy the fresh new look of the RACING series, with the checkered flag on the PCB surface but also the addition of the LEDs on both PCB & PWM heatsink. For added value BIOSTAR does also include an extra LED strip which must be connected to the dedicated header. BIOSTAR has also thought of people which want to keep some of their older expansion cards so no less than three PCI slots are also available. 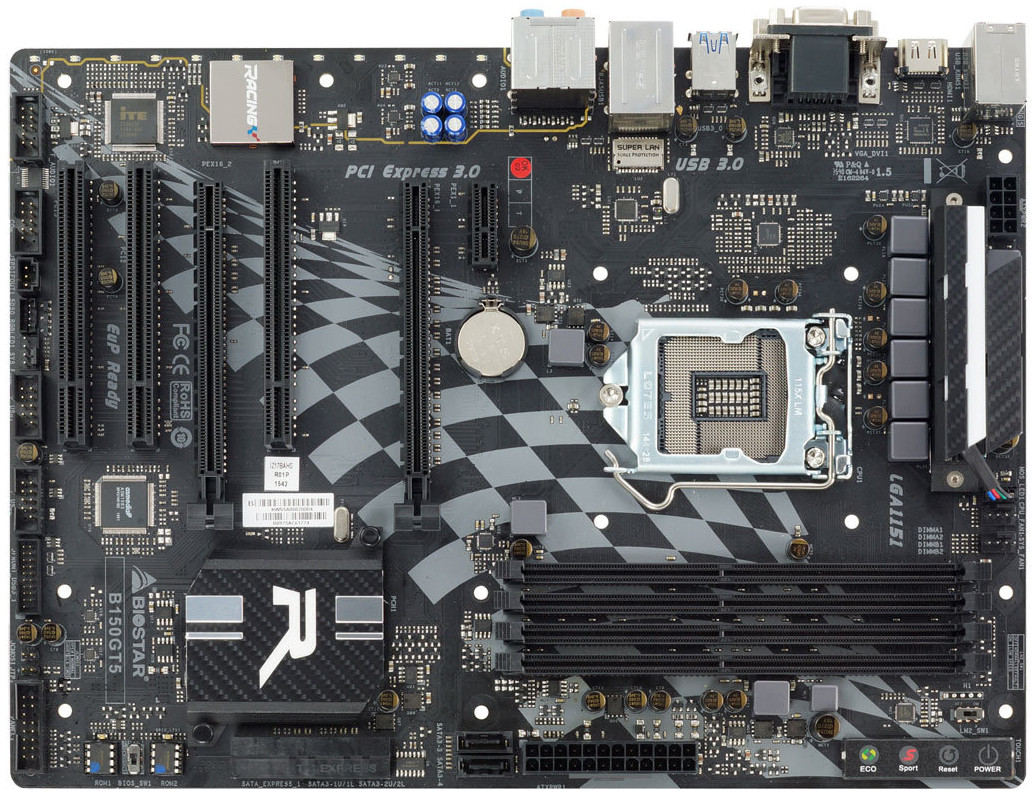 At first we would like to thank BIOSTAR for offering their B150GT5 LGA1151 Motherboard for testing and reviewing.