Thecus has made an interesting variation on the market with their W4000/W4000+ NASes (a 2-bay and also a 5-bay version is also available) considering that we no longer have a Linux distribution on our server but Windows Storage Server 2012 R2 Essentials and the product can be used from scratch like a regular PC. Windows Server 2012 is quite complex for entry-level users and we can clearly say that we would not recommend this product for home use simply because it is not as easy to set up as a Linux-based NAS and also requires a Connector software to be installed on each and every station in order to integrate the client with the server (and implicitly the newly created internal domain).

To test the NAS performances, the Thecus W4000+ NAS was populated with one OCZ Vertex 4 SSD along with one KingFast SLC E-Drive in RAID 0, formatted with a single volume and the NAS was connected directly to the computer, to avoid any limitations by implying additional hardware like a router. The first simple test was performed by loading the test file onto a RAM drive and then it was copied to the NAS, on its shared folder. The speed was recorded with Total Commander:

The second test was to copy the same file back to the computer; for eliminating any HDD speed limitations, the file was copied back to the RAM drive:

For performing a more advanced test, the Intel NAS Performance Toolkit was used, for performing 5 different test runs. Here are the results: 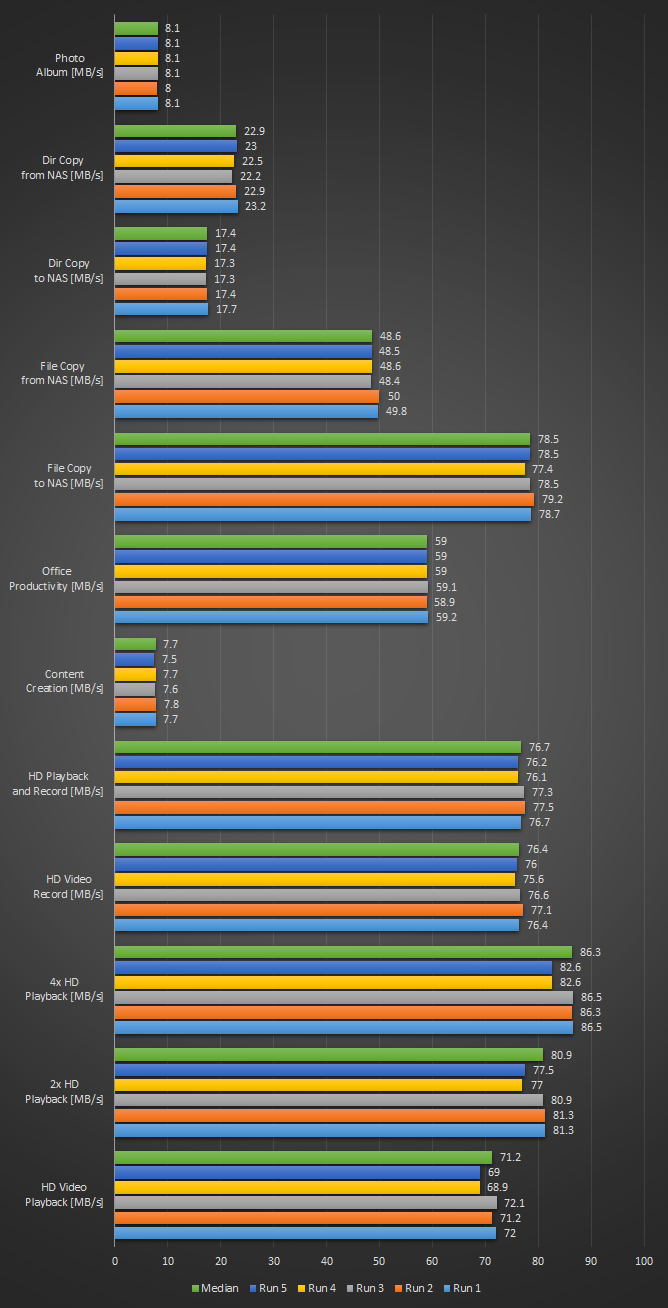 As extras, we have also included ATTO Disk Benchmark and Anvil: 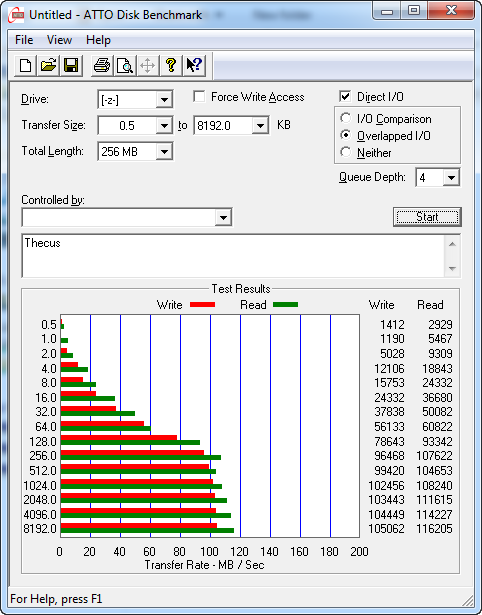 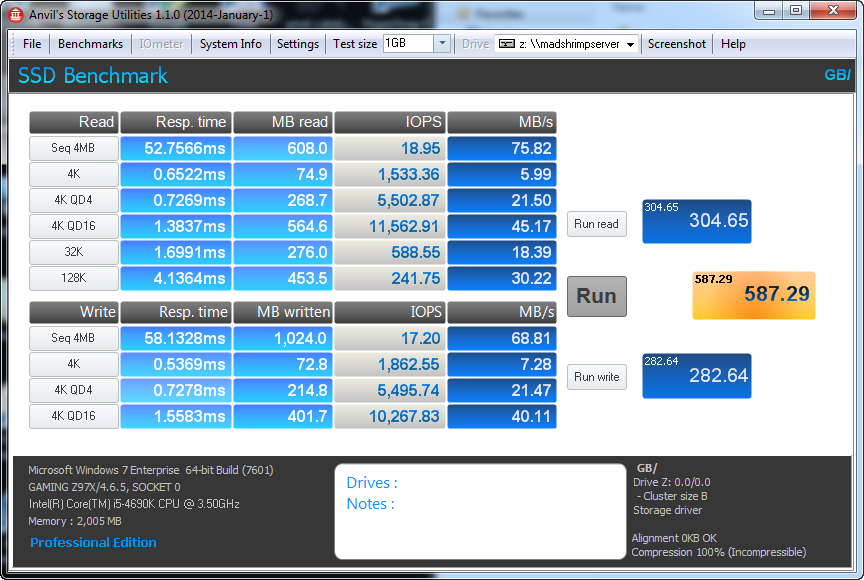