With the release of Intel's high end X99 platform aka Haswell-E last year DDR4 became available for the big masses. Besides the massive available bandwidth these DDR4 modules can also pack a far higher density per stick. All this goodness is available at your disposal while requiring a mere 1.2-1.35Volts. Only drawback, as with each new technology at launch is the high retail price, Things have settled a bit and prices are slowly plummeting. Today we have a look at one of G.Skill enthusiast kits: the Ripjaws 4 F4-3000C15Q quad channel kit. While they have even faster kits in their lineup, ranging up to a massive 3400MHz out of the box. Today's reviewed 3000C15 kit has been heralded by many enthusiasts worldwide. Time to take a closer look.

The G.Skill F4-3000C15Q 16GRR Quad Channel kit comes in a solid blister package, no fancy cardboard box and thus also no extra memory cooler included. No frills this time, not even with this high end specced kit. This has a positive effect on the price as this particular kit can be yours for around 285 Euros. Not bad as this is around the same price of the Corsair Vengeance LPX 2800C16 memory kit we reviewed end of last year, though G.Skill adds another 200MHz and tighter timings than the similar priced Corsair offering. 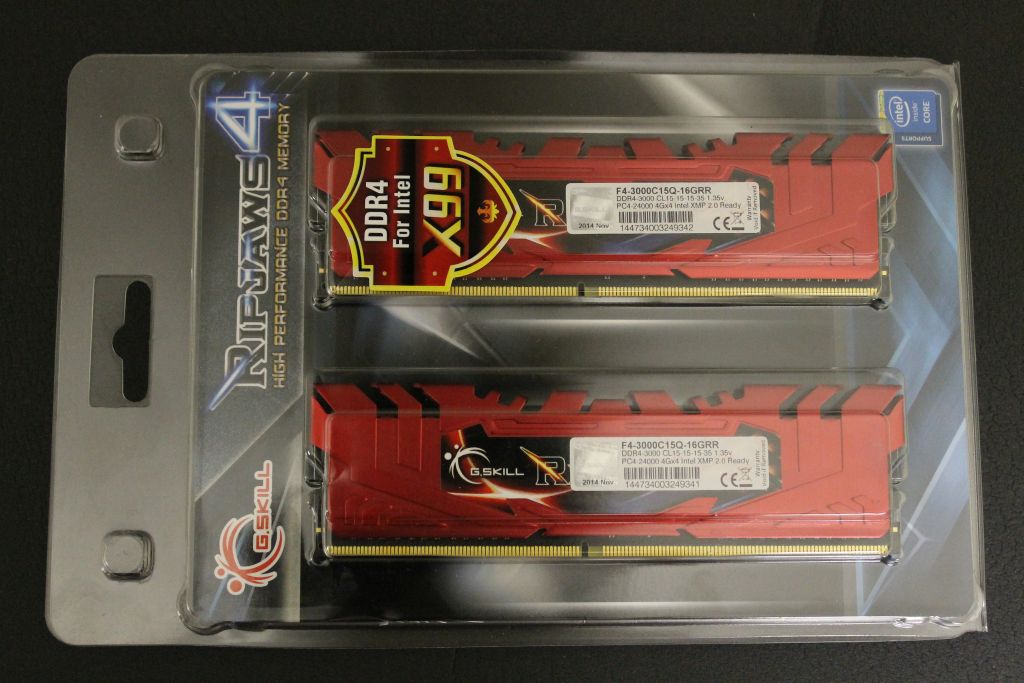 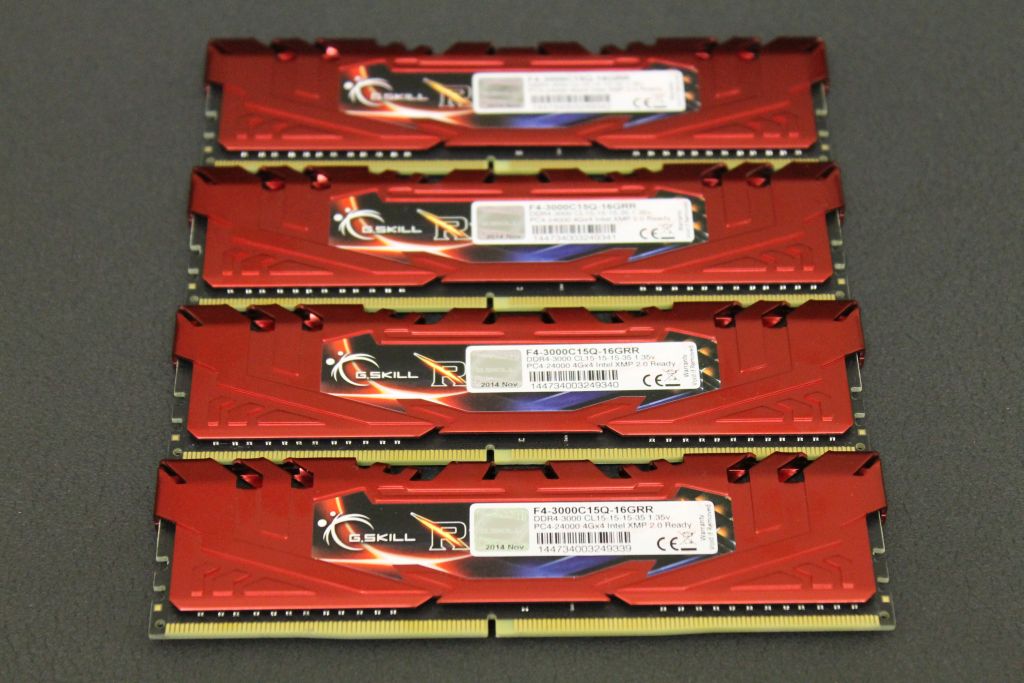 Take note that G.Skill has several 16GB Quad channel 3000C15 offerings with only a small differentiation in the naming: 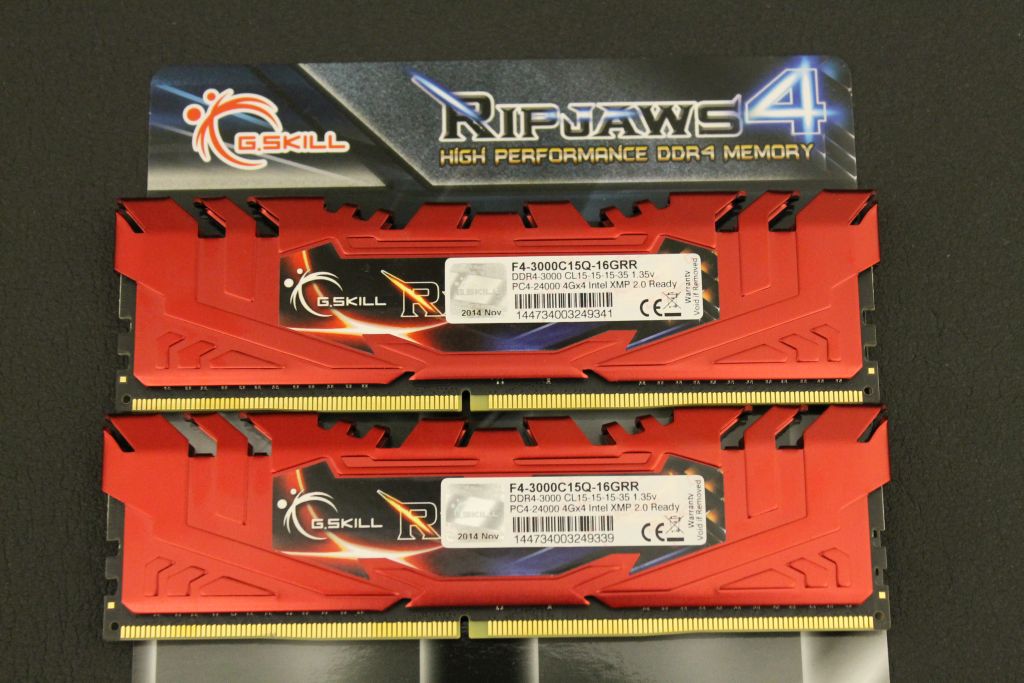 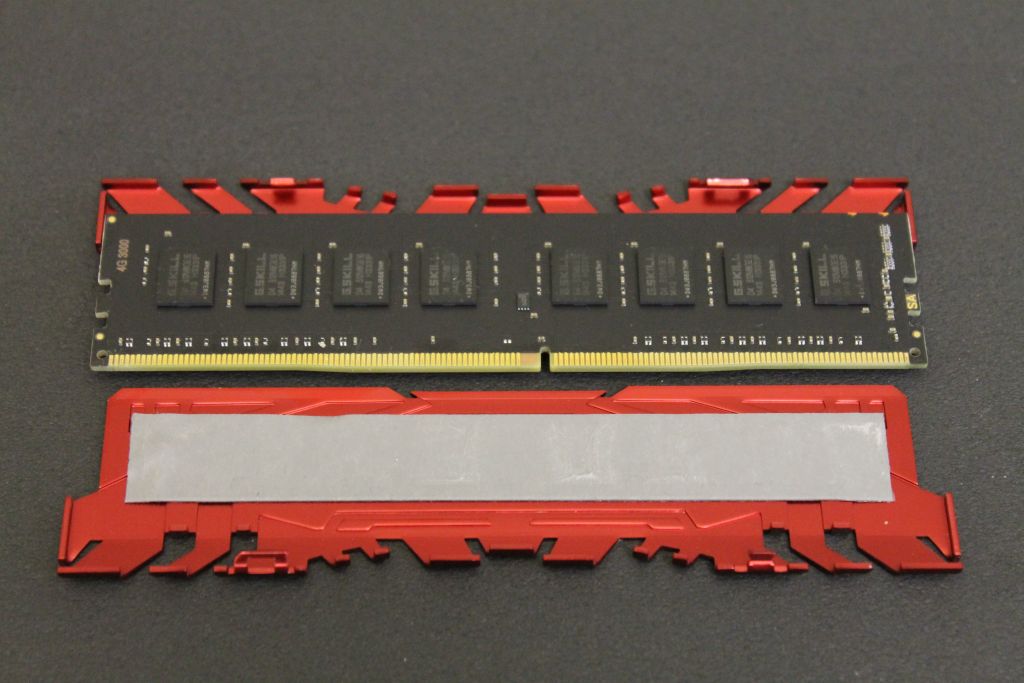 No surprise to discover rebranded Hynix MFR ICs under the heat spreader. These were not so popular with the OCing community in the DDR3 variant, besides when hunting down massive clock speeds. In the DDR4 version they allow tighter timings and very good efficiency; behavior similar when overclocking to the oh so popular Samsung ICs on LGA1150 platform. Removal of the heat spreader requires some patience. A thin piece of adhesive tape holds the read heat spreader firmly in place. 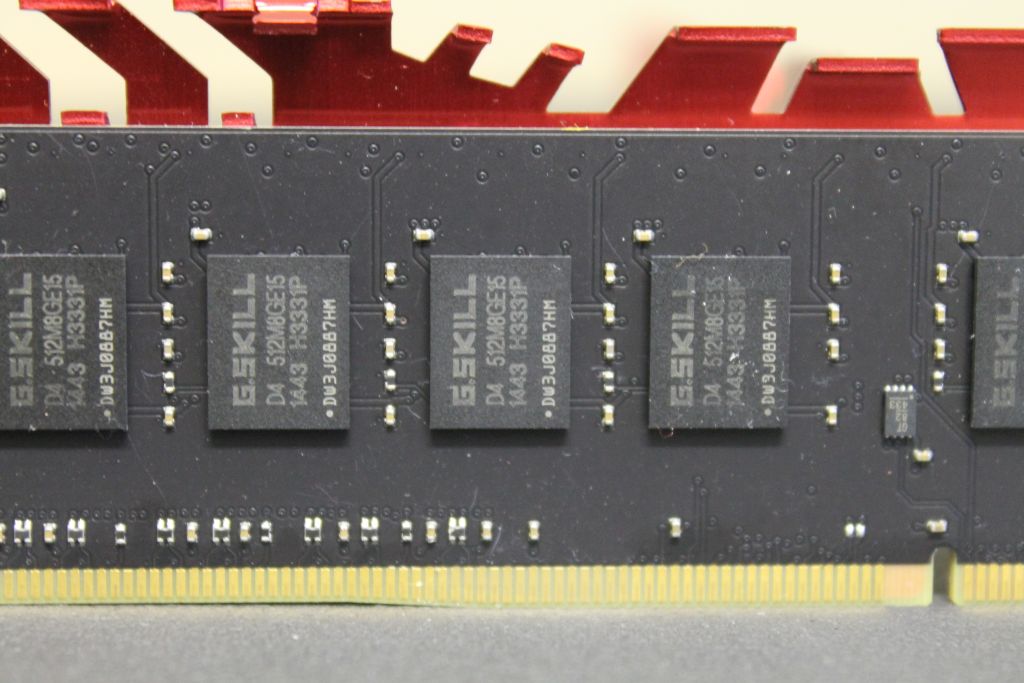