Each time a new processor launch coincides with a new or improved desktop chipset and/or socket; for Haswell-E this is the X99 chipset, codenamed "Wellsburg". The socket is also changed from LGA 2011 to LGA 2011-V3. Biggest improvement is of course the support for Quad channel DDR4 support; Intel only supports officially up to 2133MHz, yet via OCing one can easily reach speeds of 2800-3000MHz and beyond for daily usage. Memory vendors are already advertising DDR4 kits rated at 3200MHz, time to sell your kidneys buddies! 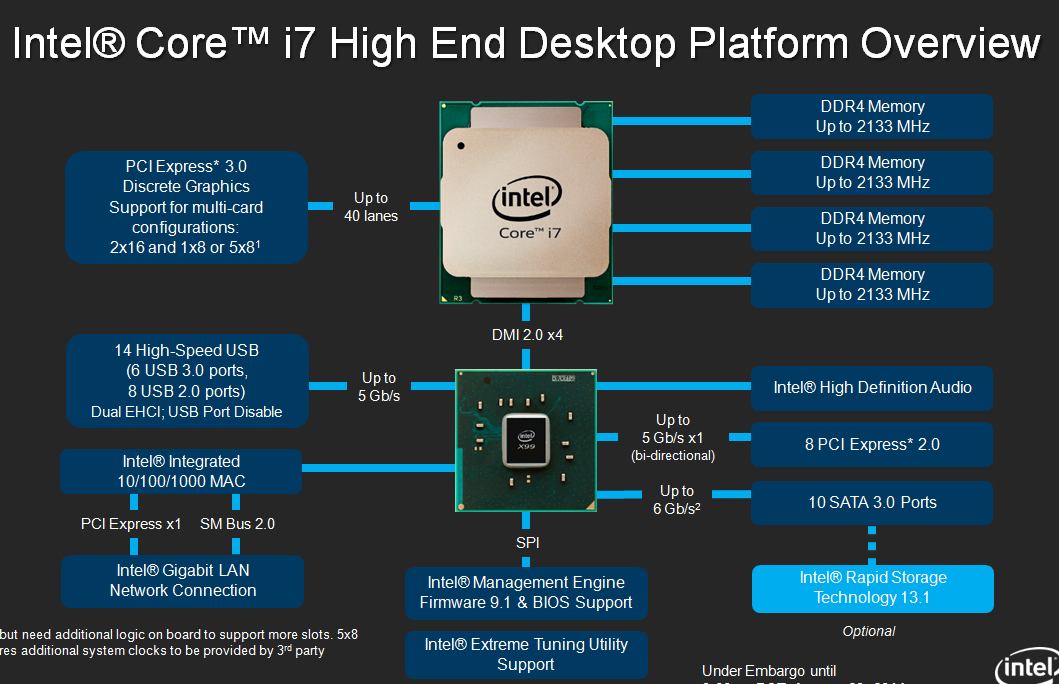 In comparison to the X79 chipset which remained compatible with the Sandy Bridge and Ivy Bridge Extreme processors, the new X99 boards are not compatible with previous LGA 2011 processor generations. Up to 14 High-Speed USB ports are now standard supported, including six USB3.0 ports. The number of SATA ports has been upgraded to 10, all being of the SATA 3.0 version. This make it hard to believe that some motherboard vendors still add 3rd party chipsets for more storage options. However only 6 out of 10 ports are RAID compliant. Intel also demands full Thunderbolt compliance, This standard is already at version 2.0, reaching a massive 20Gb/s transfer speeds, over four times as fast as what USB 3.0 can deliver. 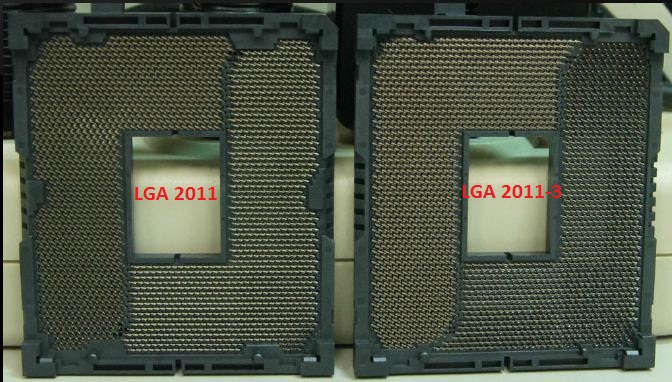 Spot the minor differences between the LGA 2011 and the new and improved LGA 2011-V3 socket. ASUS even went one step beyond and added some extra pins for better voltage stability.

The next generation of DRAM is here with DDR4, featuring stock JEDEC compliant frequencies starting at 2133 MHz, DDR4 delivers up to 20-40% less energy consumption and twice as much density as the previous generation DDR3. DDR4 can help users to load their programs faster, increase responsiveness of their system and help them to handle heavy data tasks in a flash. DDR4 is rated between 1.2 and 1.35VDimm depending on model and speed. Higher Bandwidth at a lower power consumption, plus more GBs per stick possible is a win win situation not? Too bad the prediction of prices will remain elevated during 2014, which might be a limiting factor to cash out for either high speed or high quantity kits.

Visual differences on the DDR4 sticks are apparent: 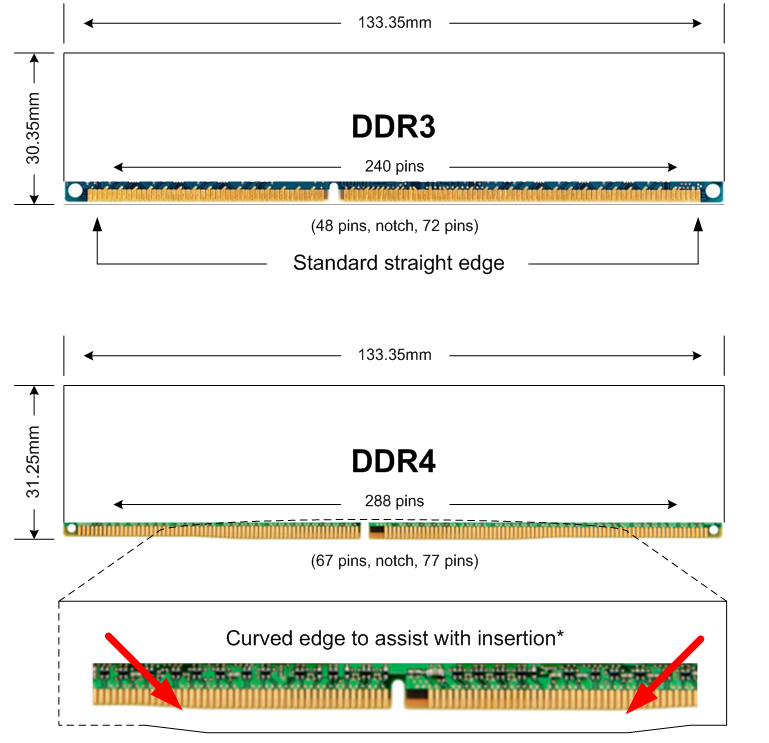 A quick sum up of the main differences between DDR3 and DDR4 in  the below chart: 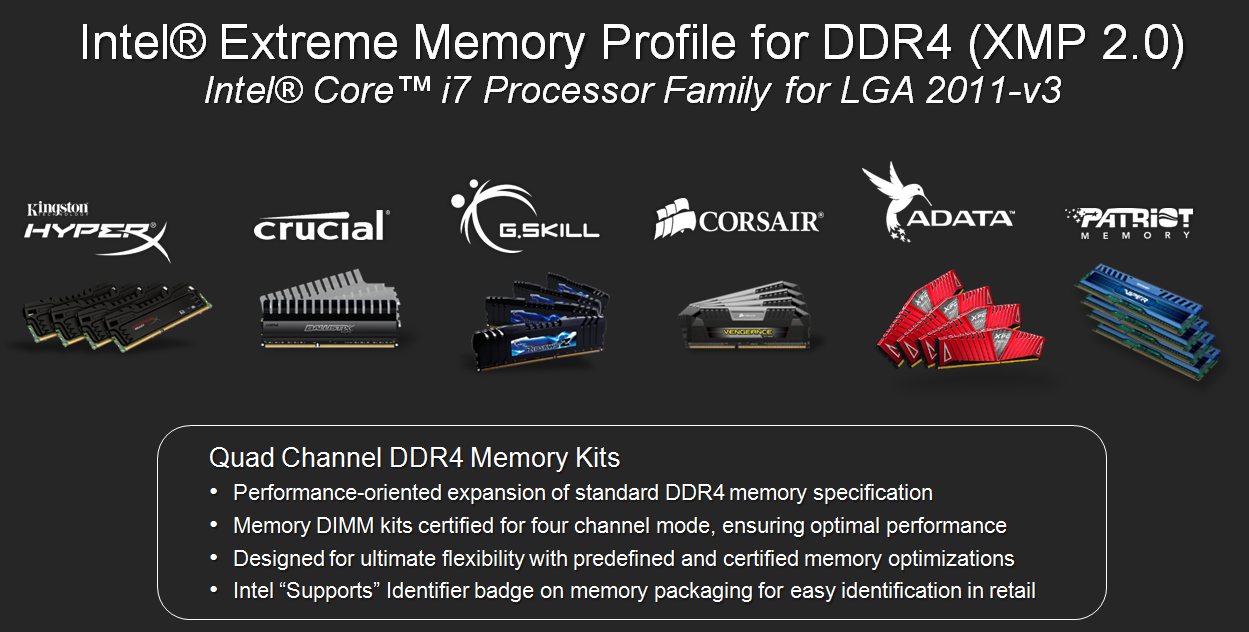 Motherboard wise and now I'm only referring to the Benelux region, the availability at launch date will be below normal quantities. What the reason is remains a mystery to me as there was not only a specific vendor concerned, but all of them. The launch date on the 29th of August had been set for months, why the boards are only coming through at a low pace is the million dollar question.