During Computex 2014, Corsair have shown their latest additions to their gaming enclosures. Besides the Carbide Air 250, a shrinked version of their popular 540 Air Cube case, Corsair jumped on the ultra portable mITX gaming enclosures band wagon with the new Graphite 380T, a futuristic design with rounded corners, featuring a big carrying handle and designed to support long graphics cards with ease. With the build-in 3 speed fan controller and room for up to five fans this little case could ultimately cool your mini gaming powerhouse. If this hasn't drawn your attention, maybe one of the flashy color schemes will. Time to open the package and show what this case has got in its margin...

A close up on the front 140mm fan: looking at the fan blades we see a similar pattern as with the Air flow models from Corsair's Air series fans. To reduce costs, no interchangeable colored rings, nor rubber mounts to reduce vibration. The LED function can be disabled via the switch positioned on the top rail. 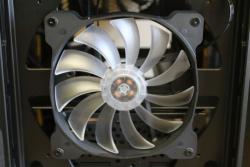 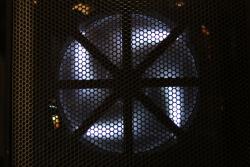 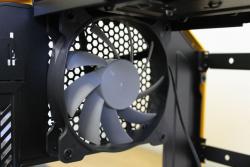 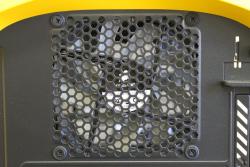 A second 120mm Fan at the rear expels the heat, again a simplified version of the Air series fans. Note that the fan is secured via 4 screws within rubber O-rings. The Graphite 380T features a 3 step fan controller for up to 5 fans. Now that is high class, especially for a mITX case. Take note that most mITX boards are really fan-header limited. The selected Fan setting is high lighted via the LED surrounding the Fan selecter button. 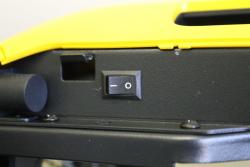 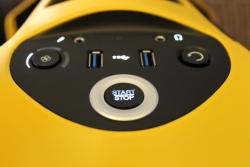 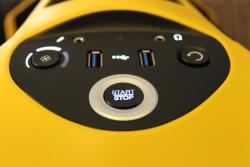 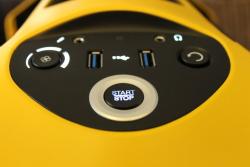 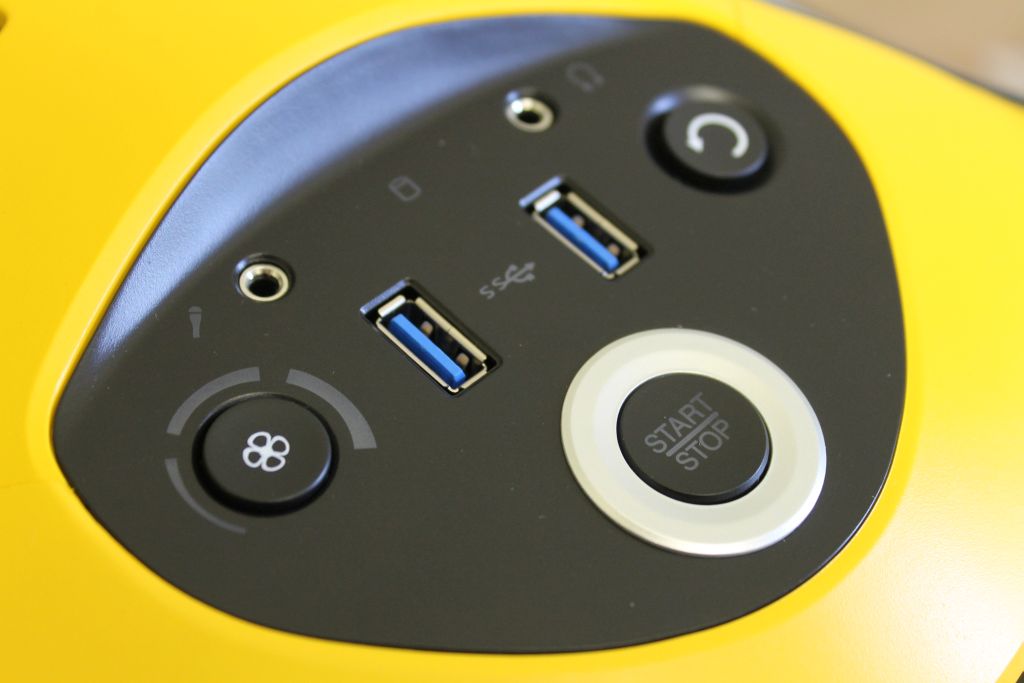