The first Z97 board from BIOSTAR takes part of the mainstream segment, but is packed with enough features to keep potential buyers happy while keeping the price to a minimum. Besides the Broadwell future compatibility, we have Dual GbE LAN with Link Aggregation support, one PCI-E M.2 connector which supports high-speed SSDs and the audio interface is isolated for providing minimum background noise. 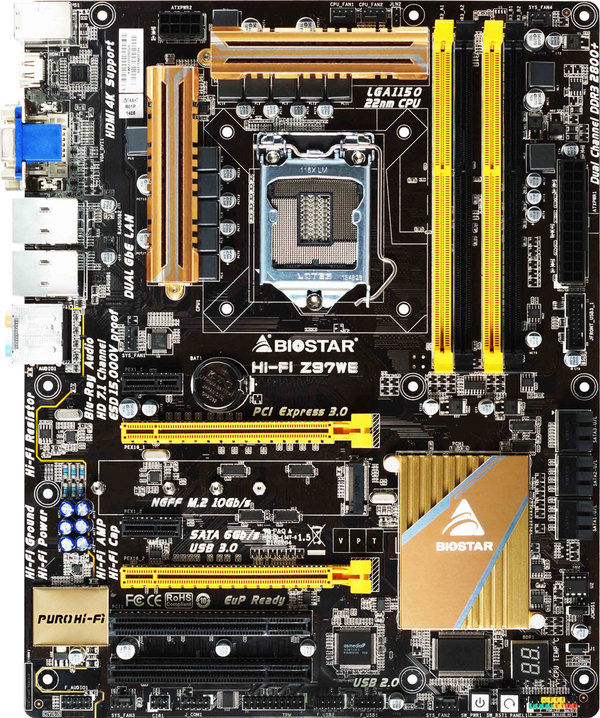 At first we would like to thank BIOSTAR for offering their Hi-Fi Z97WE motherboard for testing and reviewing.