MadShrimps has already reported a while back about the plans of the memory giant Kingston. The HyperX brand is focusing hard on getting back a serious piece of the cake to become an even more dominant force than ever.  Main focus is on the gaming community, a scene which was doomed by Intel spokesmen not so long ago. However PC gaming is still going strong, while the console action is taking a plunge. At Computex 2014 Kingston held a massive press event for their HyperX lineup. The press event was held together with a League of Legends clash between two of the main eastern pro gaming teams. Meanwhile, at the same location, the launch event of the 2014 HOT HyperX OC tour kicked off. Finally later that week the present media was kindly invited to visit the Taiwanese Kingston factory. 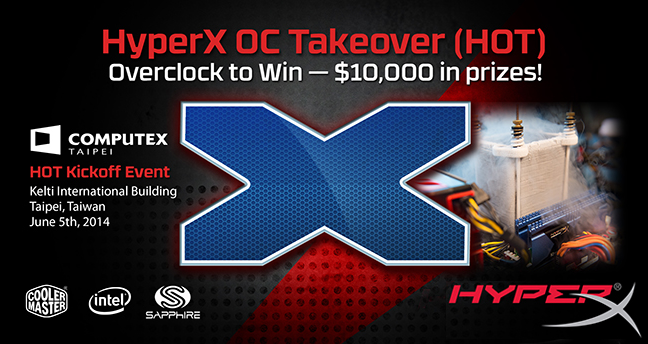 On June 5th, HyperX hosted a $10.000 invite only overclocking competition during Computex 2014, this to celebrate the start of the HyperX OC Takeover (HOT) 2014 season. The Latin America online qualifier is starting in July, Asia is up due August, Europe in September and finally North America in October. A total of ten finalists will qualify for the HOT world final, to compete for a massive $15,000 in cash.

Invited teams for the Computex launch event were:

Each team could use their own hardware for motherboard, Kingston memory and Haswell CPU for the max memory frequency and SuperPi 32M benchmark. The Secret benchmark was Intel's XTU test for the 20th Anniversary Pentium edition processor.

The memory frequency stage was dominated by Team Gigabyte and Team.AU due to the immaculate new Gigabyte Z97X SOC Force LN2 board. The latter is specially designed for maximum memory frequency, maybe the reason Team ASUS didn't even bother to show up as not even their precious ROG Impact boards can match the current frequencies of the LN2 board. A new WR for the Max memory frequency was set at 2282.8MHz. Team.AU finishing a close second with their Kingston set running at 2267.1MHz. DFORDOG and Hero on their ASUS Maximus VII Impact motherboard reached 2125.8MHz

The SuperPi 32M stage was a battle between solo bencher XA, Team Gigabyte, Team.AU and the ASRock team. All teams brought their best Intel i7-4770K processor for maximum frequency. Their binned processors were humming along at 6500MHz speeds and beyond. Besides XA, who was pushing his LN2 cooled Kingston memory hard, the other teams were running air cooled Samsung ICs. Tweaking, loads of Taiwanese beer and much persistence allowed the Polish Overclocker to snatch the top spot right in front of the factory Teams. 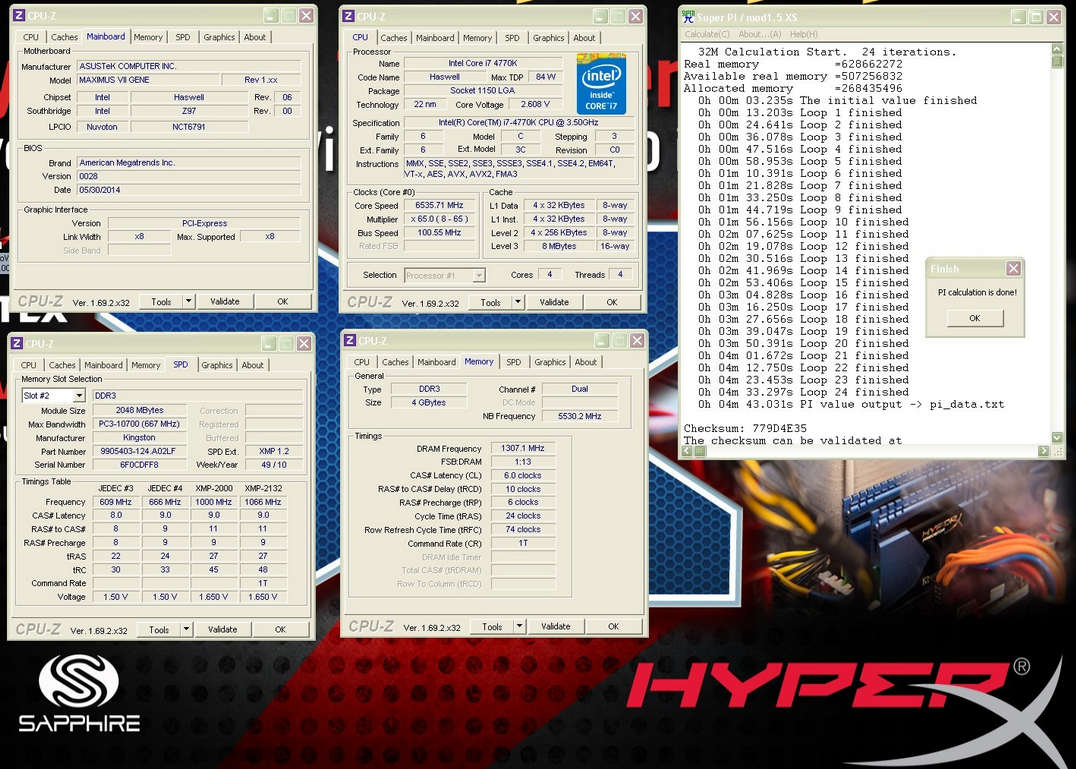 Here are some more snippets of the overclocking action, too bad most pictures look purplish, due to the room lightning. Event coverage was done by the Overclocking.Tv team and master Judge Massman from HWBot tried to keep it all at a fair play level. 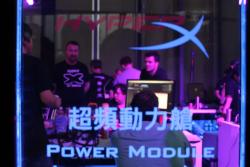 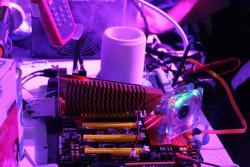 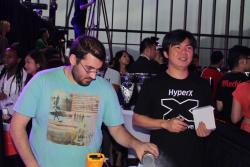 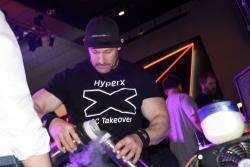 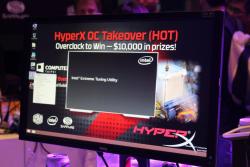 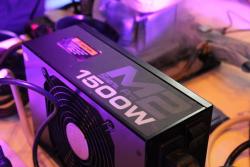 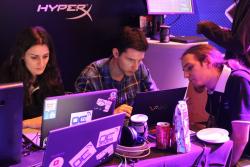 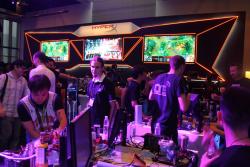 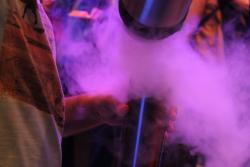 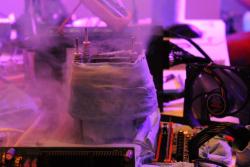 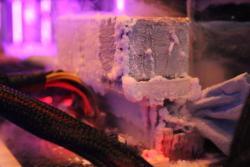 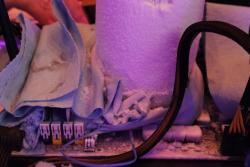 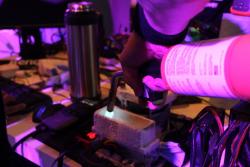 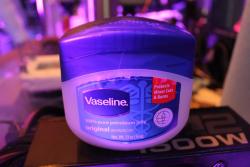 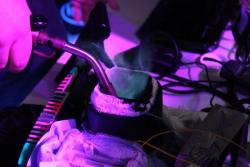 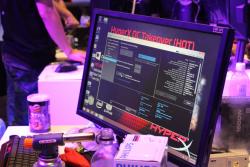 The XTU stage had to be run on the brand new Intel Pentium Anniversary Edition processor, the G3258. These CPUs were provided by Intel especially for this event. As usual the frequencies were all over the place from a weak 5400MHz to a blistering 6000MHz for the Gigabyte Team, resulting in a 442 marks score; runner up were Team.AU at 5800MHz with a 433 XTU marks. 3rd spot was consolidated by another Pentium G3258 running 5800MHz for a final 427 score.

Here is the final scoreboard, with below the scores submitted by the different teams. More info and screenshots can be found at the HWBOT website at this link

Team Gigabyte went home with $3750, Team.AU with 3250 USD, Team China won 1500 USD as did XA for his winning SuperPI 32M score. A great event with good sportsmanship and friendly atmosphere, thanks again to the HyperX crew for hosting events like this and their support to the OC community! 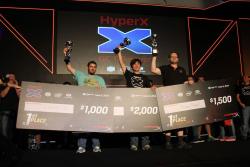 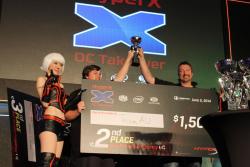 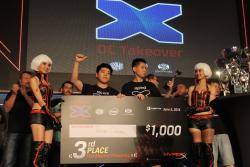 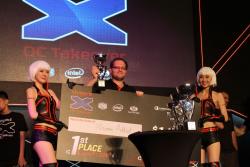 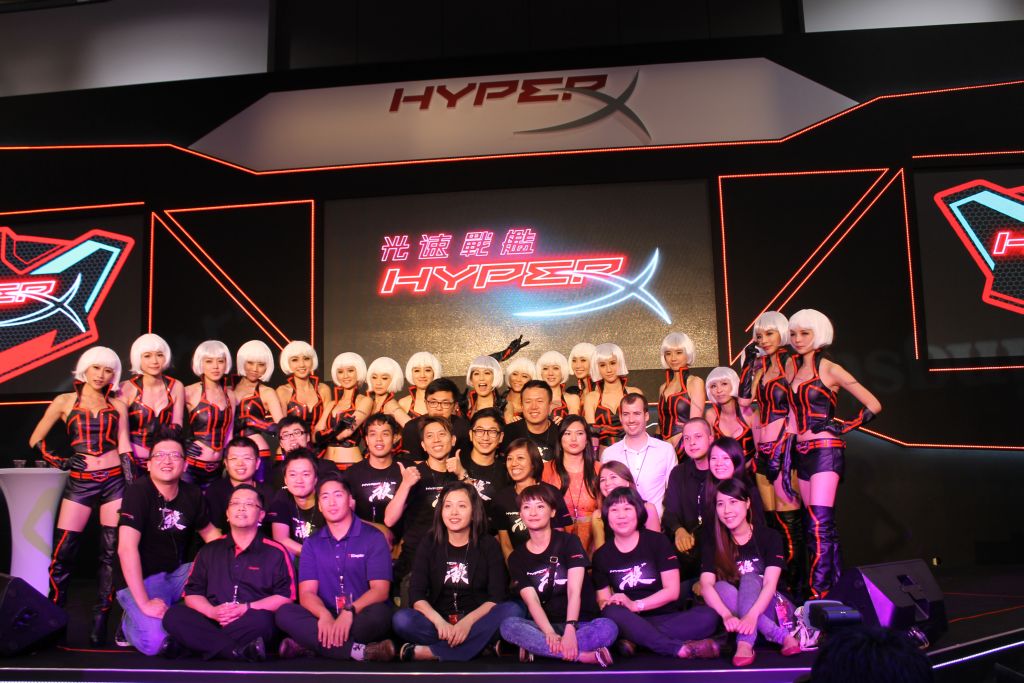