RAM giant CORSAIR invited the press and the happy few to a pre-Computex party in the Hive Club in Taipei city. The Fremont memory company has some sweet new cases in the lineup. The below quick look is a snapshot from their press releases and the original footage taken in the club. Major new thing was the DDR4 RAM getting ready for the upcoming X99 platform.

The HG10 offers full coverage for compatible reference-design GPUs, meaning it’s not just cooling your GPU itself, but the red-hot VRMs and VRAM on your card. After installing the HG10 GPU bracket, a PC enthusiast can mount any Corsair Hydro Series liquid CPU cooler (available separately) to chill their graphics card’s GPU (up to 50°C) and VRM/VRAM (up to 25°C) lower than stock temperatures. Don’t be afraid to push that overclock and extract every bit of performance from a graphics card — paired with a Hydro Series cooler, the HG10 can quickly dissipate large amounts of heat, and will reduce noise significantly compared to the GPU’s stock fan. 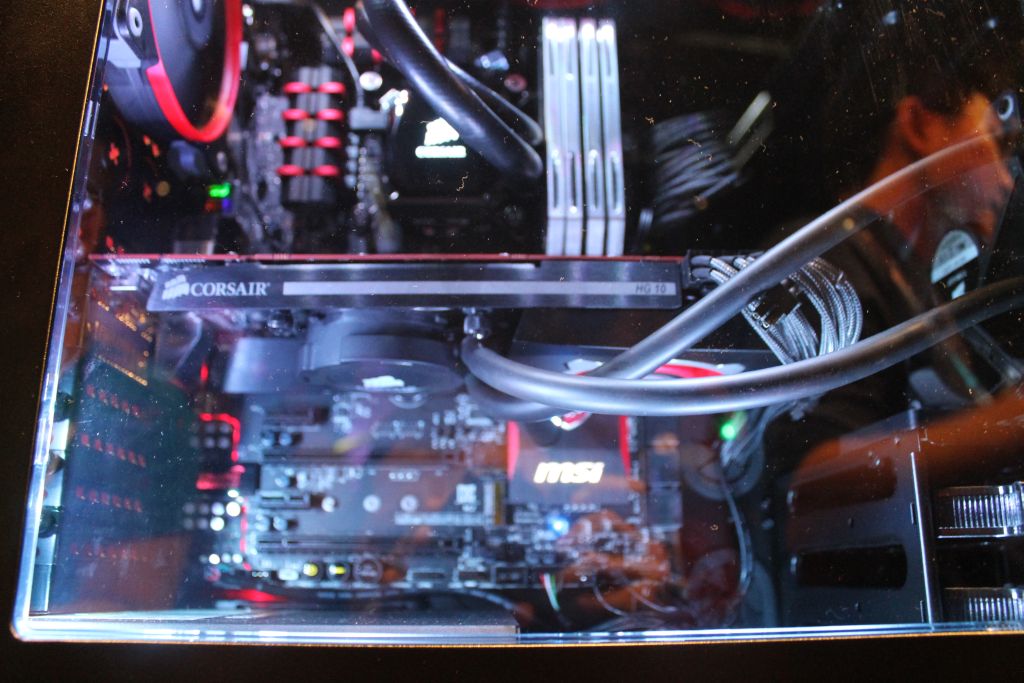 The HG10 is a straightforward to install. With only an ordinary screwdriver, you can easily swap your graphics card’s stock cooler with the HG10 bracket — all without the hassle and mess of installing a custom “open loop” liquid cooling setup. The HG10 cleverly re-uses the stock cooler’s radial fan, ensuring consistent airflow over the graphics card’s memory and power circuitry while maintaining compatibility with the GPU’s built-in fan control circuitry.

The HG10 is priced at $39.99 and available in several editions designed for specific AMD and NVIDIA graphics cards layouts. The first available edition — due in June — supports the AMD 290x/290 reference cards. Future versions for NVIDIA and other AMD cards arrive later this year.

We saw two setups running at the Hive club: one stock-cooled 280X, running in the 95°C, thus throttling and not able to maintain stable stock clocks. The Hydro equipped version with a Hydro60 and two fans kept the overclocked GPU rockstable at 77°C 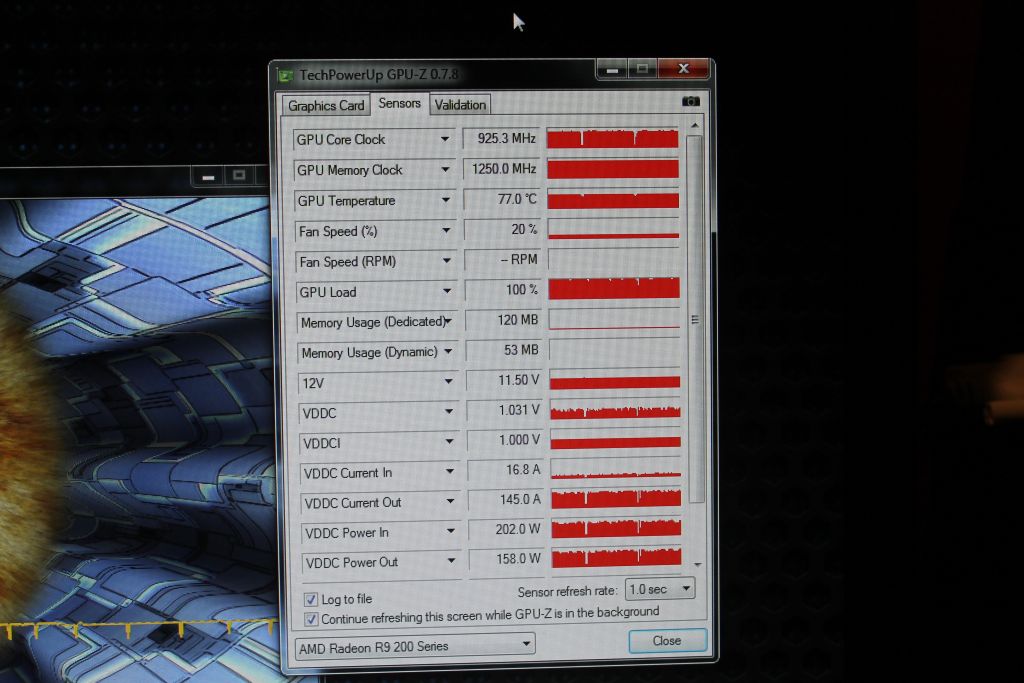