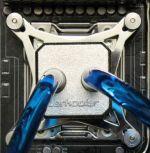 LarKooler was established in 2009 to manufacture cost-effective PC cooling solutions. MadShrimps  reviewed their first entry in to the DYI in the end of 2009; while it was not the most high end or best performing kit out there, the total picture was right on track with LarKooler's main objective: provide good cooling performance at an amazing bang for buck ratio. Since a few years AIO units took over a big part in the cooling business, with the most successful being the Corsair Hydro series. Ease of installation is their main trademark, however as most of these are closed loop, there is no option to integrate extra components in the cooling loop. The latter is the strong point of the DIY kits besides being versatile to add extra components they also provide awesome cooling performance at a low noise ratio. The SkyWater 330 kit today is one of those ready to build kits, however price wise it retails at a similar price as the high end 240/280 AIOs. Million dollar question can it beat those in raw performance figures ?

The LarKooler 330 includes a 240mm radiator made out of aluminum fins on copper tubes, everything held together by a black anodized frame with the addition of a white Larkooler logo. The radiator dimensions are: (L) 302mm x (W) 124mm x (H) 35mm. 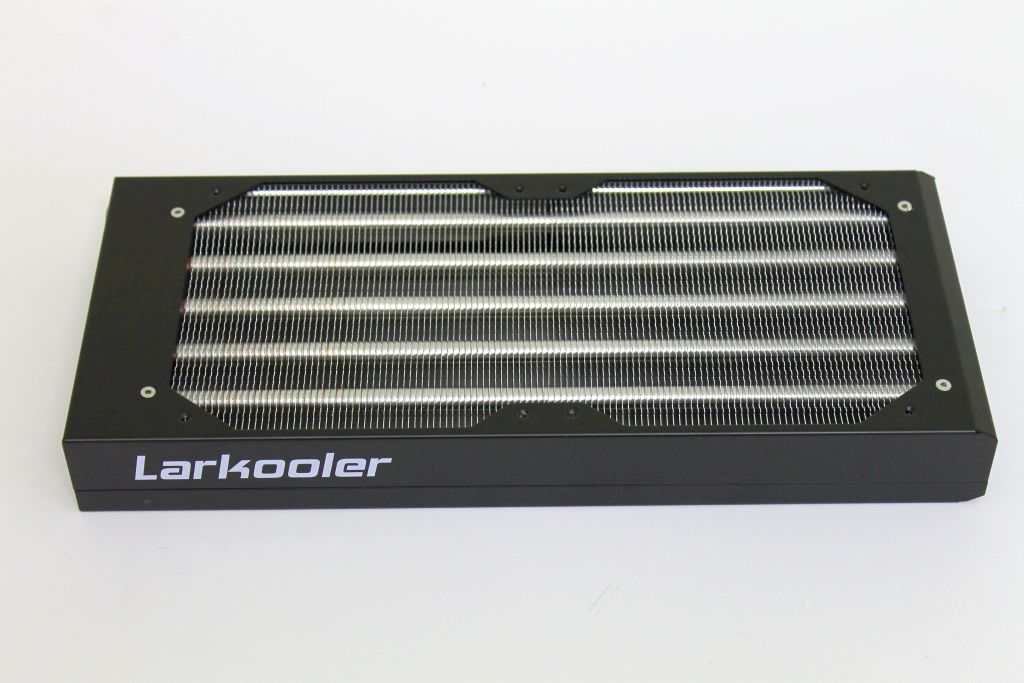 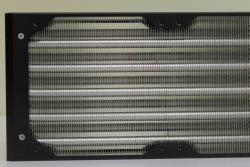 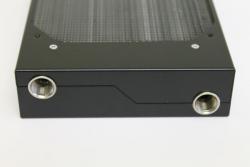 The normal radiator position is on the outside of the computer case, hence why the radiator fittings for the LarKooler SkyWater 330 are on the bottom of the 240 radiator. The mounting mechanism is inspired by the old Swiftech solution for sure. The outside radiator mounting enhances the cooling performance, plus the case compatibility is another big plus for the LarKooler SkyWater 330. 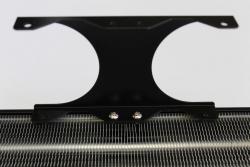 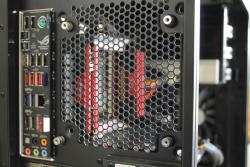 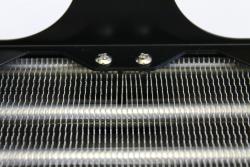 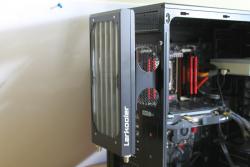 Too bad the screws that secure the radiator to the shroud are a tad too long, bending the fins. To properly guide the hoses into the case the Larkooler crew include a special bracket. Another cut out is foreseen for the fan cables, all to ensure a clean build in a matter of minutes. 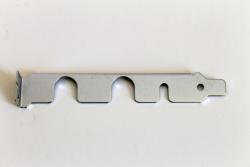 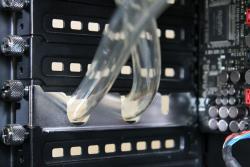 The LarKooler SkyWater 330 is cooled by two 120mm clear Fans. Both feature four white LEDs for that extra bling bling look; with a fan speed of maximum 1800rpm they can single-handed create a maximal airflow of 62.7CFM;  noise wise they are rated up to 31.1dBA. The power is fed by a 3-pin fan connector. LarKooler includes a splitter cable. 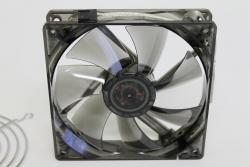 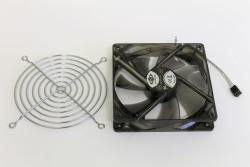 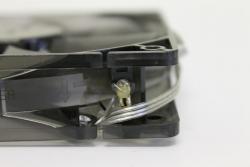 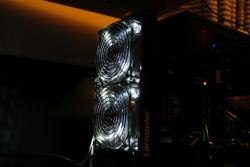