Cooler Master has been trying over the years to squeeze themselves into the all in one liquid cooling market; no spin-offs or re-brands as most AIO manufacturers offer. The in-house design makes these coolers stand out from the competitors offerings, however to be successful the AIO has to be a perfect combination of looks, ease of installation and of course most of all cooling performance at a low noise ratio. The Cooler Master AIO series have been hit and miss; especially the ease of installation was sometimes far fetched. With the Eisberg series Cooler Master has reached new performance heights for the AIO segment. Sadly the Eisberg lineup carried a hefty price tag due to the choice of high grade components.  The Nepton series are CM's high end AIO coolers to fill up the gap between the Seidon series and the Eisberg models. Today we review the high end Nepton 280L version and compare it with the previously tested Corsair Hydro H110.

The Nepton series are Cooler Masters answer to the 140 and 280 AIO models from rival Corsair and NZXT. The Nepton 280L is packed and well protected in a typical colorful Cooler Master box. As the name implies this AIO cooler is build around the concept of two large 140mm fans instead of the regular used 120 versions. Large fans need less RPM to produce a substantial amount of airflow, thus are in general quieter in operation for equivalent cooling performance; the size of the radiator also increases, limiting the case compatibility, though these coolers are for those that require maximum cooling performance and have the right amount of space in their enclosure to do so. 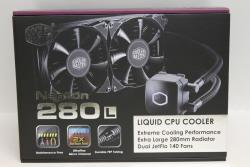 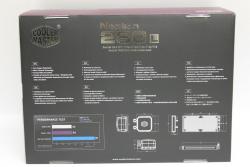 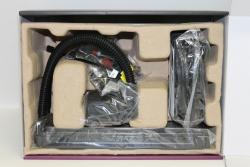 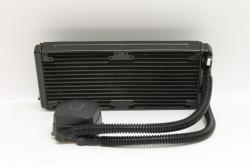 The Nepton pump unit, in comparison to the Cooler Master Seidon one, looks like the David versus Goliath tale. A more powerful pump, far larger cooling surface, a new redesigned ultra flow jet plate, together with the increased FEP tubing diameter should create a pronounced cooling performance difference between the two in-house designed products. On the below picture one can easily remark the more bulky pump unit, the far thicker yet more flexible FEP tubing; in the right picture the larger cooling contact area of the new Nepton is pretty obvious. 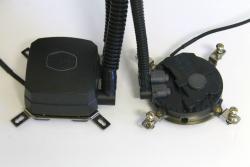 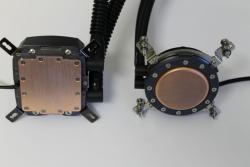 Also take note that Cooler Master opted this time to include a small tube of thermal grease instead of pre-applying it on the cooling base, thus several mounts are possible without the need of buying aftermarket thermal grease. 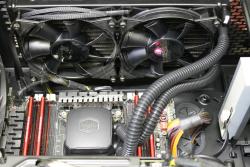 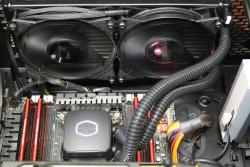 During operation the pump LED lights up around the Cooler Master logo for that extra bling bling look.

The 280mm radiator is a bit thicker then the one from the Corsair Hydro H110 (30mm vs 27mm), however the Cooler Master Nepton radiator is a few mm shorter than the Corsair variant. Nevertheless sporting 14 water channels, while the competition is using a few less. Maximizing heat dissipation anyone? 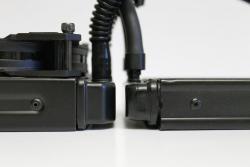 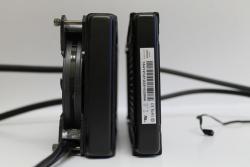 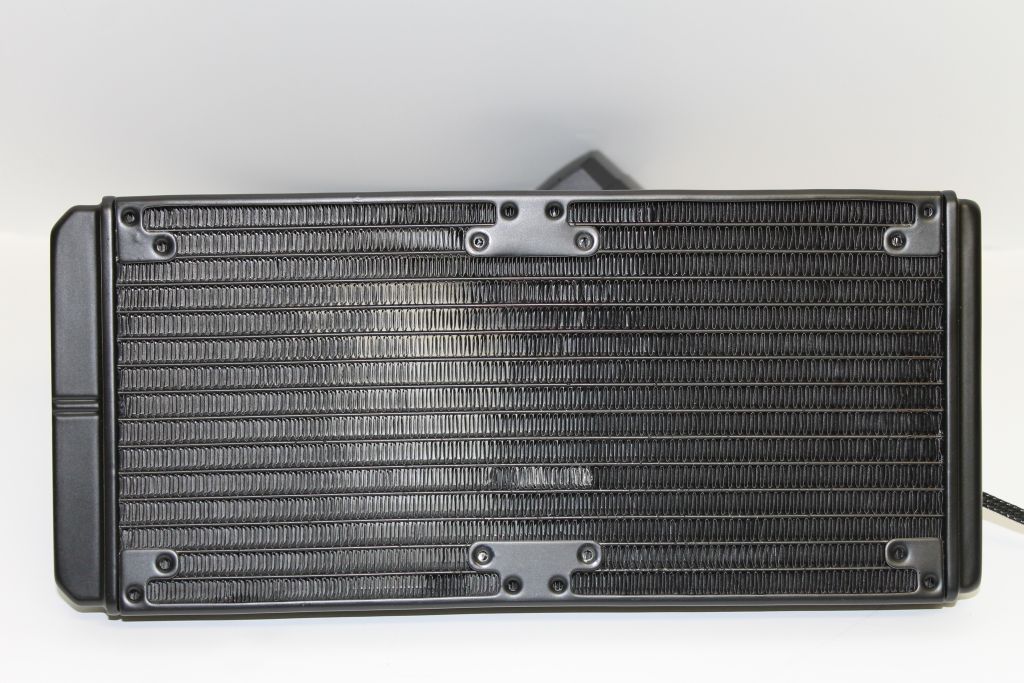 The Cooler Master team added at first glance a nice touch to the 280mm radiator by including 120mm mounting holes, thus offering a higher case compatibility in regards of mounting. Sadly the Cooler Master engineers had overlooked the standard 240 spacing dimensions. Plus take note that due to the size of the radiator itself, the Nepton 280L will be incompatible with most older or limited interior space enclosures. Better check first for 280mm radiator support, before buying this high performance AIO.