Gaming on a budget but still willing to purchase one well-built gaming keyboard from a respected manufacturer? Then the S.T.R.I.K.E. 3 may be for you since it retains some of the important features of the more expensive variants and can be bought in 3 color variants: black, white and red, in order to match the other peripherals.

Mad Catz has recently launched the latest variant from the S.T.R.I.K.E. series, named S.T.R.I.K.E. 3; it is followed by the more advanced V5 and V7 versions. The enclosure comes with a lot of information on the outside; the front has a photo of the main product design (with a small catch) and a description of the membrane technology used:

The catch we have previously mentioned is the fact that despite the large photo describes a black keyboard, the box can come with a different color version if we look carefully on the hint placed on the left: 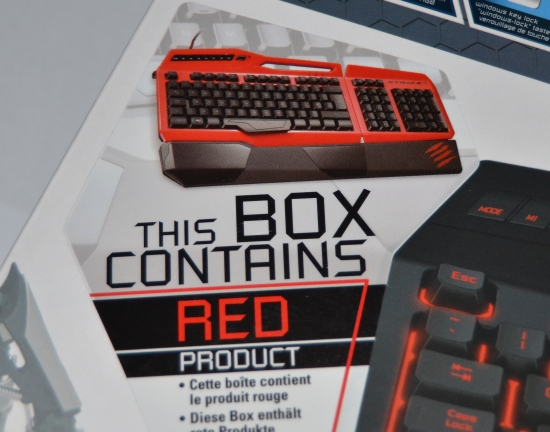 On one of the box sides, if we have missed the initial hint, we are shown again the color version we should expect inside (this time we have received a red version sample):

The other product highlights are described on the back side of the box:

After removing the outside packaging, we will spot the quite large instruction manual: 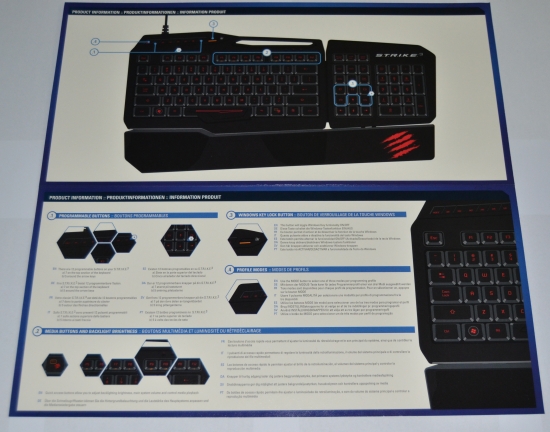 The keyboard, along with its bundle is further placed in a plain cardboard box:

Besides one removable wrist rest, we will also get a warranty information leaflet along with a nice set of stickers: 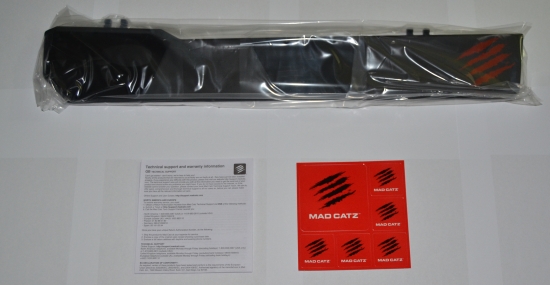 The wrist rest has two areas made from shiny black plastic, which are covered with transparent plastic films to avoid scratches:

On its back we will spot some circular black rubber feet: 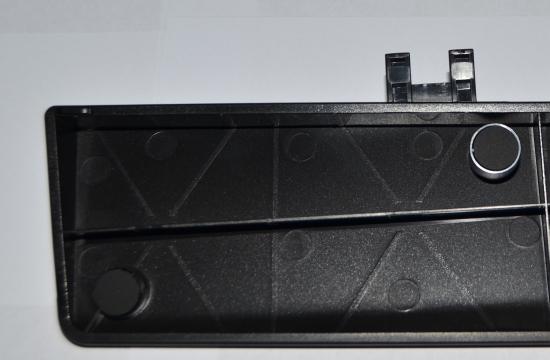 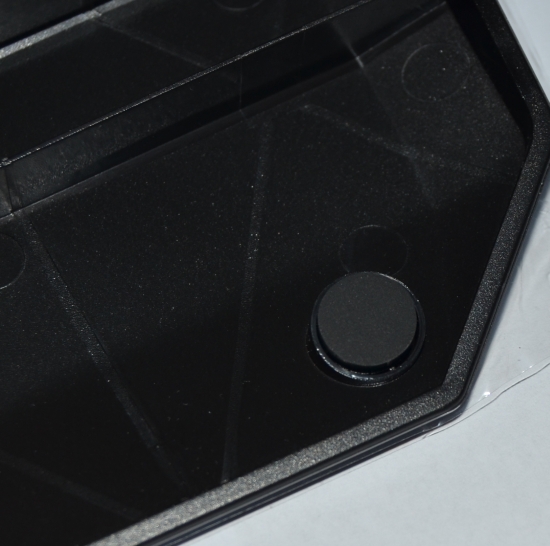