After upgrading the performance of the mainstream platform by the Haswell family, the Intel engineers also devoted time to perform an overhaul on their high end platform, LGA 2011. The Sandy Bridge-E  was a worthy successor of the old and aged LGA1366. Intel waited close to two years for manufacturing the new high end flagship CPU model available to the masses, this in contradiction with the launch schedule on some previously leaked roadmaps. As with the transition from Sandy to Ivy Bridge on the LGA1155 socket, we spot many similarities with the new Ivy Bridge-E. A die shrink to the 22nm process and alike architectural improvements should boost the performance and efficiency. Time to unravel the brand new Intel flagship LGA2011 CPU: the i7-4960X CPU.

Ivy Bridge-E is the 22nm die shrink or a Tick as Intel refers too for their high end LGA2011 series. Thus not a complete architectural overhaul as the upcoming Tock version will be. Nevertheless, same as with the transition from Sandy Bridge to Ivy Bridge, there was more to the story then just a smaller manufacturing process. 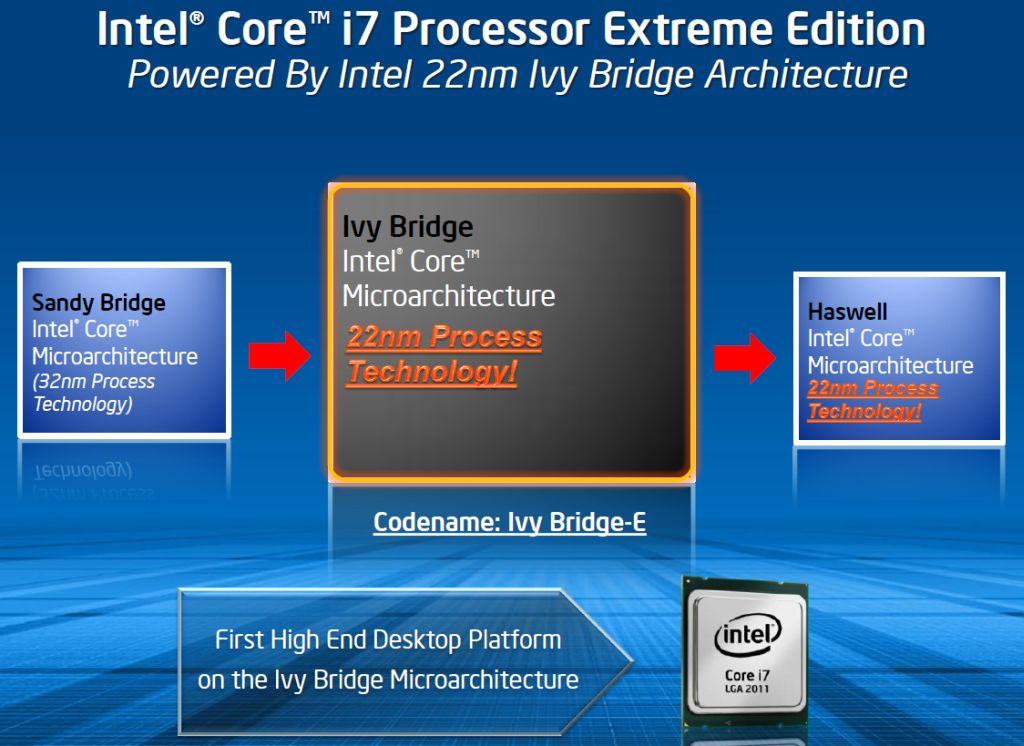 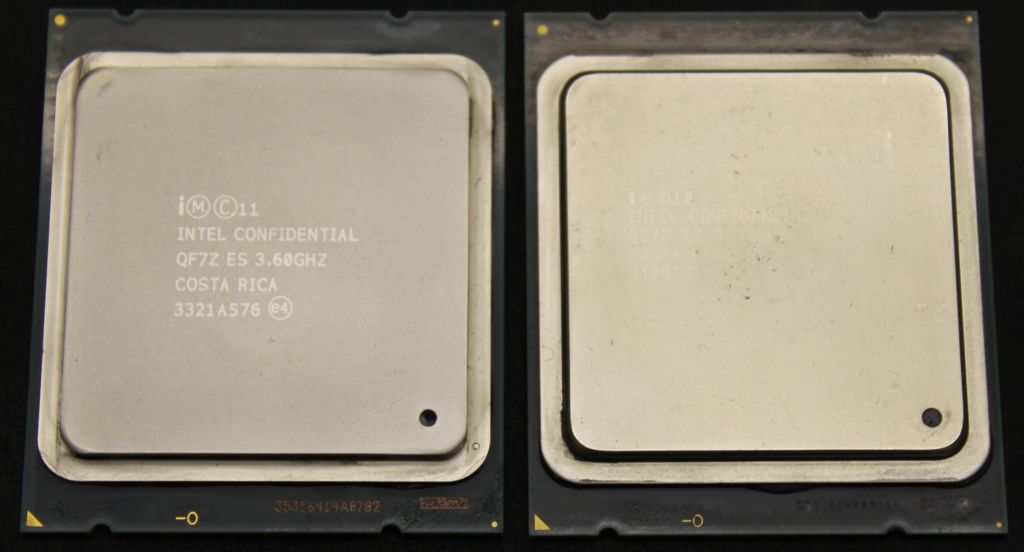 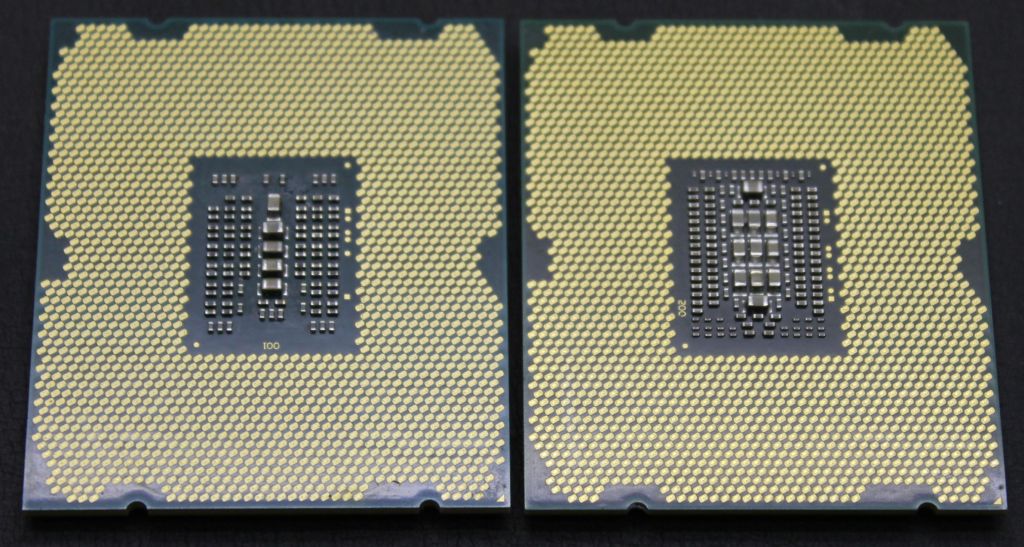 The biggest improvement of the 22nm process, is that it allows for faster switching frequencies, yet at the same voltages, meaning that the processors in general become more efficient.  Also by using the 22nm process it becomes cheaper for Intel to produce, as they are able squeeze more transistors in the same die size.

Remember the Tri-gate Transistors from Ivy Bridge? These improve the current flow, as it can travel now in three dimensions. Beforehand it was only available to work in one plane. From left to right the conventional design, the 3D design and on the right the utilized Tri-gate system of the Ivy bridge and Ivy Bridge-E series.

The new 6-core Ivy Bridge-E desktop models are no longer 2 core disabled 8 core Xeon CPU versions. Intel went straight for a native 6 core design, instead of deriving their hexacore i7 CPUs from the high end server Xeons series. Again this allows for cheaper production for Intel and a lower power consumption for the end user. The ten or twelve core versions will only be available in the aforementioned Xeons server models (E5 2600 V2) 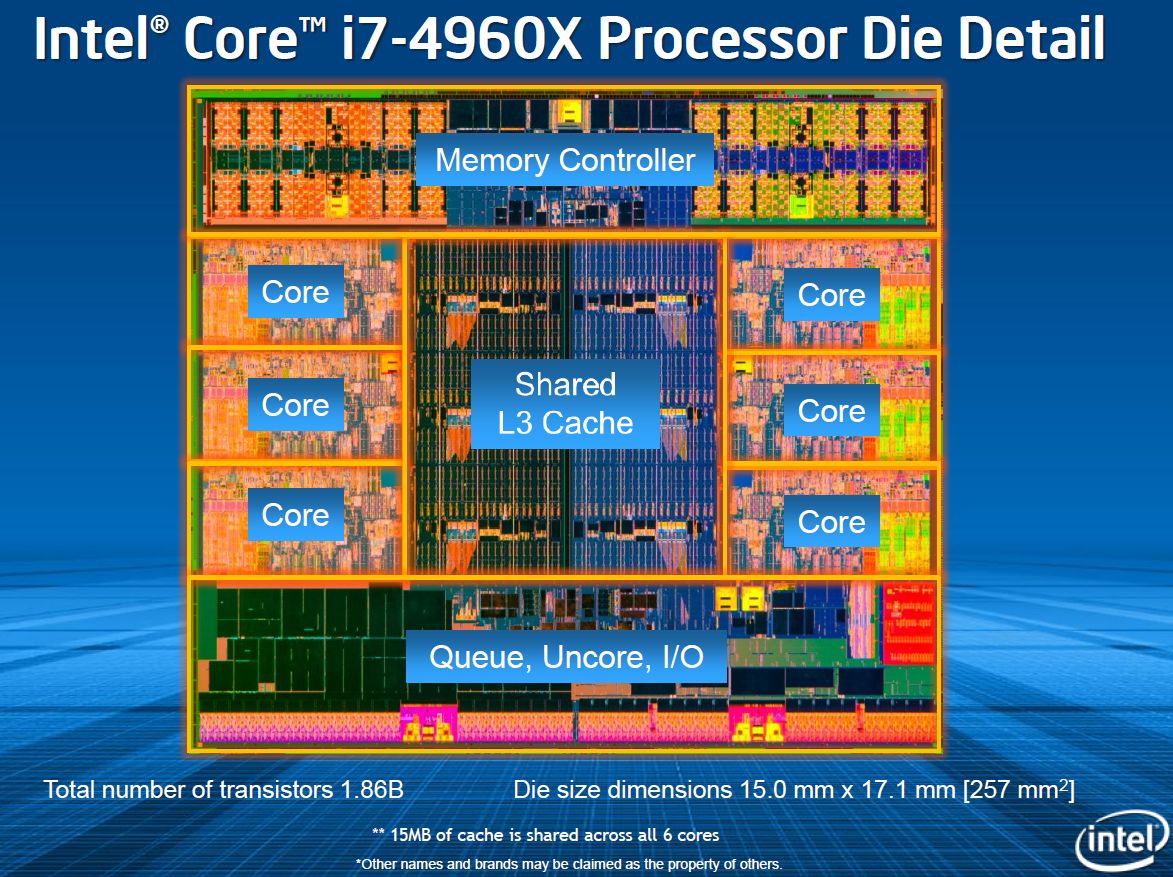 The PCI-Express 3.0 is now official, no more secrecy about it as with the Sandy Bridge-E lineup. The biggest advantage of LGA2011 CPUs over the more mainstream processors is the ability to divide 40 PCIe lanes over the different slots, thus allowing dual GPUs running at x16 speeds or even 4 cards at x8 speeds. This all without the need of an extra latency-creating PLX bridge chip.

This time no coinciding motherboard chipset launch, yet reutilizing the old and trustworthy X79 chipset. This means however: no native USB3.0, only support for 2 x SATA 600 and 4 x SATA 300 (unless extra controllers are installed) and no Thunderbolt on the exisiting X79 boards. Maybe a missed opportunity as the X79 chipset is getting or is for some already outdated. However on the other side, it allows exisiting X79 users the chance to upgrade to a brand new Ivy-E CPU by just a bios flash. 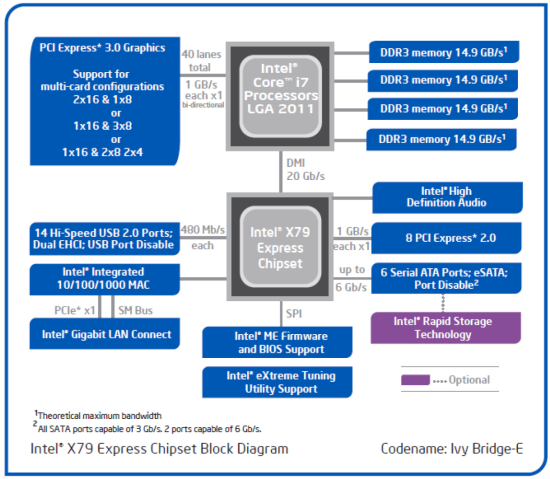