The ASUS ROG series are a crossover between what the gamer community needs and the desires for the die-hard overclocking community; consider the ROG range as the best of two worlds. The box art remains similar to previous releases of the Republic Of Gamers offerings. Why change a winning formula ? 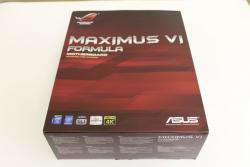 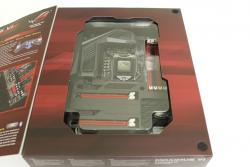 When we first saw the Maximus VI Formula board at Computex 2013, we were far from impressed. It seemed to be a hybrid between the ROG boards and the Sabertooth series. Nevertheless when we unboxed the Formula board it has to be said this is one of the most sexy boards ever to arrive at the Shrimps lab. Looks are important, especially for the gaming community, where some end users just pick a board, based purely on how it will look in their case. 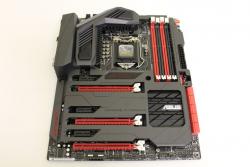 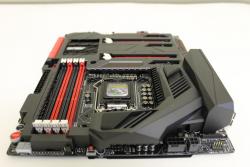 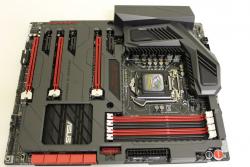 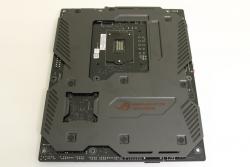 The Sabertooth's Thermal Armor influences are clearly visible. The main idea behind this concept is however not purely aesthetic. It should limit the heat dissipation from the graphic cards versus the underneath components. The VRM Mosfet cooling is named Crosschill cooling, claiming to be up to 23°C cooler then a regular air cooled VRM heatsink setup. Impressive on paper, however it's not like these air cooled versions will lead to instability or will seriously reduce the lifespan of your gaming setup. The Armor on the rear of the PCB, reinforces the motherboard and ducts heat away from vital components. 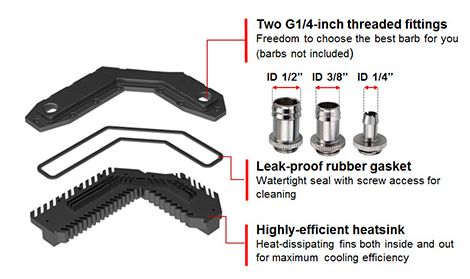 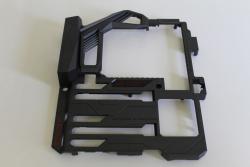 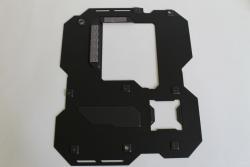