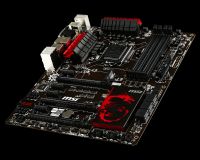 Last time we had a look at MSI's flagship of the Z87series, the Z87 XPOWER. Targeted at the overclocking and the enthusiast audience, the XPOWER also carries a hefty price tag. Gamers however are usually more budget minded and might prefer to invest a bit more in the Graphics Card or the Processor. MSI has got two Gaming boards on offer, the G45 and GD65, both carry tailor made specifications for gamers. Multi GPU support, improved Audio and LAN function, all integrated in a professional and stunning looking Dragon-themed PCB. That high end and performance does not always have to carry a hefty price tag might become more clear during the review of this Z87-G45 Gaming motherboard.

MSI goes for the Dragon theme on the box in a splendid black and red theme, similar to the gaming series graphics cards. The black and yellow is for the extreme overclocking motherboards and graphics card series. 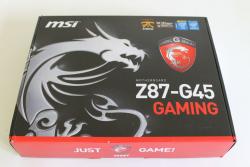 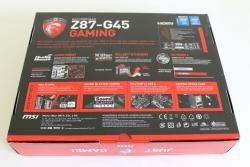 The Z87-G45 Gaming board is a full blown ATX form factor with a dark brown 6 layer PCB. In my book, by utilizing black plastic for the DIMM and PCI-e slots in combination with the special dragon shaped heatsinks, MSI managed to offer a stunning looking motherboard, all at a very fair price level. However looks are subjective, so I let the readers decide whether this is hot or not. 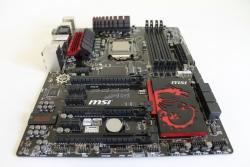 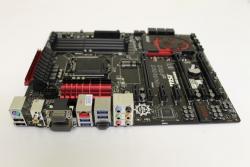 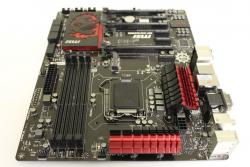 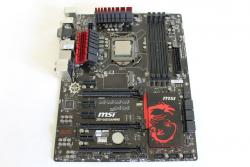 Not surprisingly we spot the usage of military class 4 components. The PWM area has got 8 phases, dark caps and super ferrite chokes resulting in lower operating temperatures, delivering good power efficiency and stability during long gaming sessions. An 8 pin CPU power plug  can be found in between the two dragon shaped heatsinks. 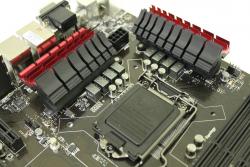 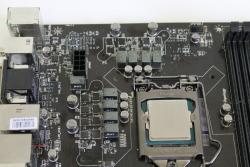 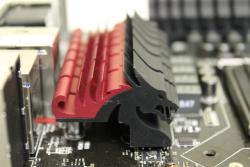 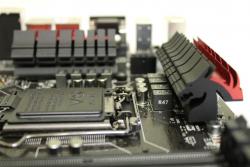 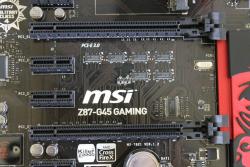 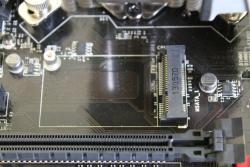 The Super RAID option is something we have seen being introduced by Gigabyte in their Z77 lineup. While back then it was still linked with a SATA 3GB/s port and the mSATA SSDs were quite expensive and slow, making this feature hardly useful to even integrate it on the PCB. Things have changed for the better, as the speeds, especially the write performance of these SSDs has improved, yet performance and cost price wise it still remains more worthwhile to invest in a real SSD than these mSATA versions.