Swedish company Fractal Design was also present at the Computex 2013 trade show in Taipei Taiwan. We saw some nice watercooled enclosures and this triggered our desire to review another one of their cases. The Fractal Arc Midi R2 is designed from the ground up to maximize airflow, thus main objective is keeping the most demanding hardware at cool operating temperatures. Three 140mm fans should take care of that goal Hassle free watercooling installation is also warranted, supporting up to two 240mm RADs in a mid tower case is quite impressive.  On paper the ARC Midi R2 has got a lot to offer. Time to explore another mid tower creation from Fractal Design.

The ARC Midi R2 has up to 8 quickly removable white HDD trays, divided over two HDD cages. The top cage houses 5 of the trays.  This entire cage can be removed for maximum direct airflow or long GPU compatibility. Secondly this cage can be rotated 90°. The bottom cage, thus housing the remaining three HDDs, is also removable via unscrewing four screws in the bottom and two in the linked bracket. 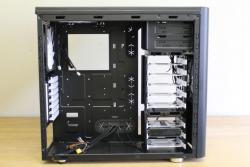 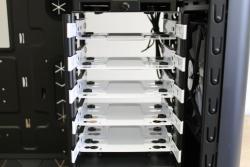 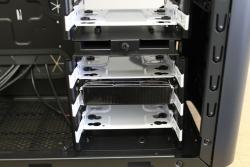 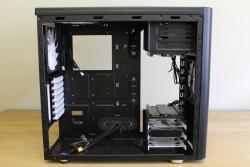 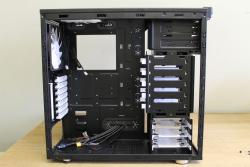 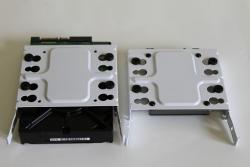 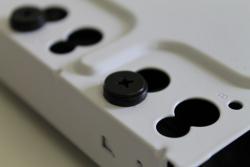 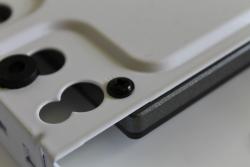 The HDD trays include rubber anti-vibration grommets, sadly the HDDs still require manual screwdriver intervention for fixation. In fact also the top 5 ½ drives need screwing down to secure them.

Looking at the back of the motherboard tray we see the large cutout to facilitate the CPU cooler installation and the three big rubber grommets for the cable routing. In the top we find two smaller cutouts, also including rubber grommets to route the 4/8 pin power plug and cables of the top fans. 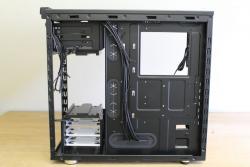 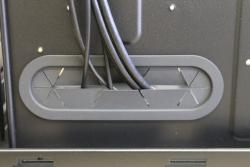 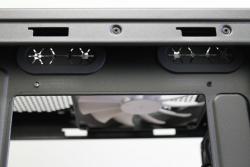 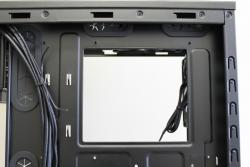