The DT01ACA300 3TB drive from Toshiba features good performances and are in fact rebadged Hitachi HDS723030BLE640 units, a newer version compared to the drives we have tested in the past (as external enclosures). The DT01ACA300 are priced quite good and we would like to recommend them for home users which need more storage space.

The new DT01ACA300 3TB drives from Toshiba are quite speedy and more importantly, they are some of the cheapest on the market with this capacity. Because of this, we won’t hesitate to recommend them to the mainstream which needs higher storage capacity in their computers or simply has bought recently a NAS with 2 or 4 bays and wants to fill it out.

As we have learned from the web, the drives beginning with the HDKPC08 serial number are rebadged Hitachi (HGST) HDS723030BLE640 units. In the past we have tested 3GB HDS723030ALA640 drives, which are an older revision. With the A6, we have native 512 blocks, while with the B6, the blocks are native 4K and feature 512 emulation.

We like the fact that the HDD prices have returned to the ones before the flood (pretty much) and they will become our favorite again for storing large amounts of data.

The model that we have just tested is available online for about 110 Euros. 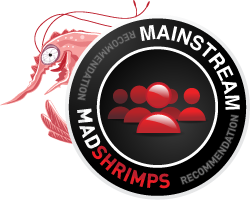 We would like to thank again to Toshiba Corporation for making this review possible!