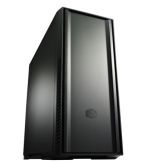 Today we introduce to you the flagship of Cooler Master's Silencio range: The 650 model. We already saw the prototype at Cebit 2012 and the specification list was impressive. Cooler Master promised us an  integration of a fan controller, a hot swappable bay, a selection option of the boot drive. In a typical Cooler Master design and retailing at a moderate price tag. It's predecessor, the Silenco 550 was a decent silent case, but had a few shortcomings, especially the cable management was a rough ride due to the small clearance between the motherboard tray and the side panel and a bit too small cutouts in the motherboard panel. However for a 70 euro case it was a great addition to the silent Silencio enclosure range for Cooler Master. The new Silencio 650 model, due to the extra features retails at plus minus 110 euros, time to stop the chit chat and open the box.

At first glance we spot the typical large cutout behind the CPU socket, facilitating the installation of your favourite CPU cooler. The storage capacity is divided over two bays, from which the top one is removable. With the top bay installed graphic cards up to 268mm are supported, once removed 343mm graphic cards are a no brainer. 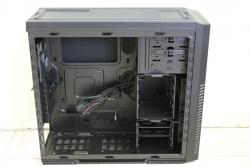 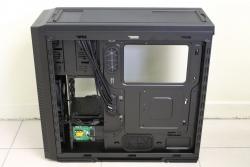 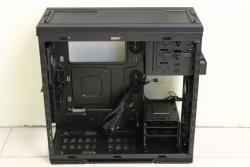 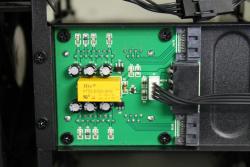 Since we are still discussing storage, Cooler Master opted to install inside the bottom HDD bay an option to select from which drive to boot. For some it might be handy, I honestly have got no idea how to make proper use of this function. 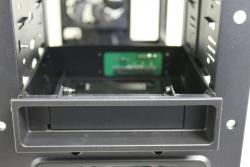 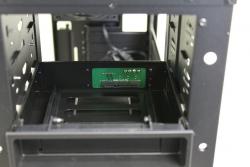 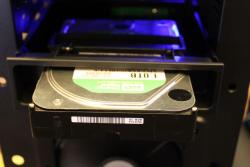 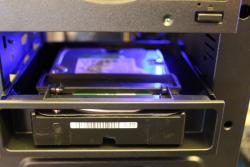 However the front swappable docking station is a very nice feature for those that need to transfer large data. Hoping that all case manufacturers includes a sort like feature in all medium range priced cases. If needed the docking station can be removed. 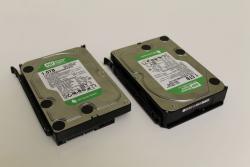 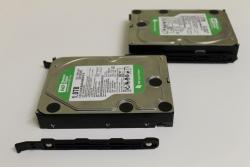 The HDDS are either installed in a screw-less pop on bracket system or screwed onto a rigid plastic bracket. The latter to be used in the bottom HDD bay. When installing an SSD you can use the bracket as shown below or use it in the docking station after installing it onto the special support ( included in the tool box ): 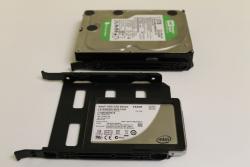 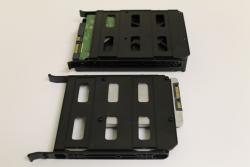 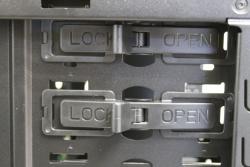 When installing an SSD you can use the bracket as shown above or use the Solid State Drive in the docking station after installing it onto the special plastic support ( included in the tool box ) Via an easy clip operated mechanism you can securely fix your optical drives, without any screwdriver intervention.