Time for something else, encoding an avi file with the X264HD codec. Finally we see the A10 5800K CPU picking up the pace and performing faster out of the box than the previous far lower clocked Llano A8 3870 model. The Intel i3-3225, dual core CPU, has to give way to the quadcore AMD A10 now. Conforming the same findings as with the FX Desktop CPU's, depending on the program being used either AMD's latest architecture shines or get's simply trashed. 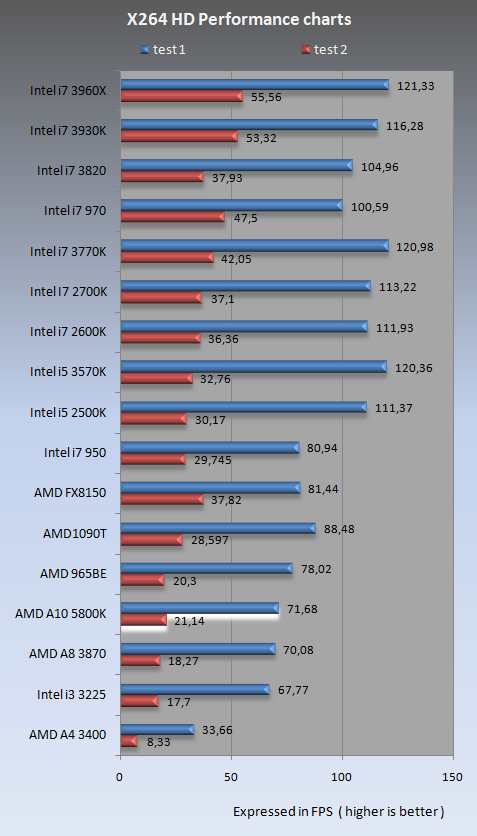 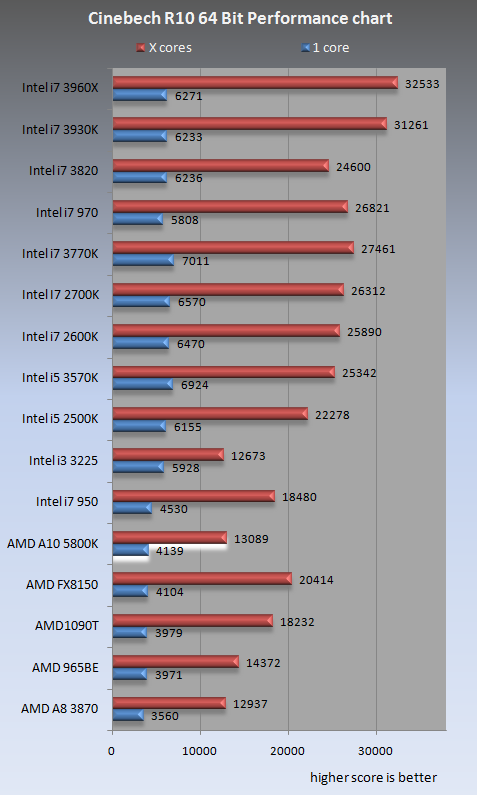 Both the Cinebench tests are an exact copy of the test sentiments we had when we ran Zambezi through our test suite. This can't be right, retest after retest, same outcome. The brand new A10 5800K CPU has a really hard time to keep the A8 Llano behind it in this Release 10 bench. Due to the far higher core speed the single bench result is okay. However obtaining a similar score in the multithreaded part at far higher clocks is a real surprise. The newer 11.5 version makes it all worse, with the A10 scoring on the same pace as Intel's Dual core i3-3225 CPU. 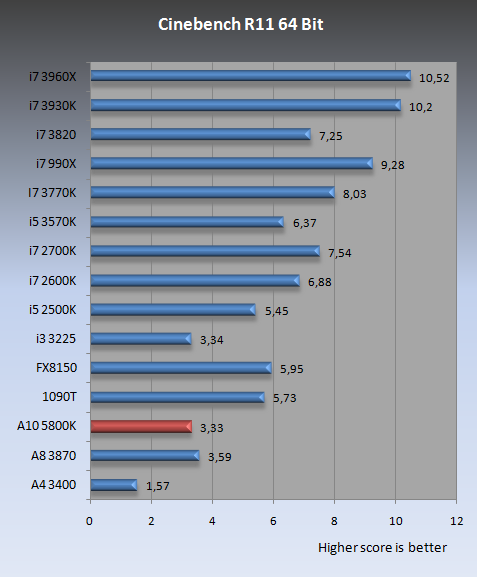 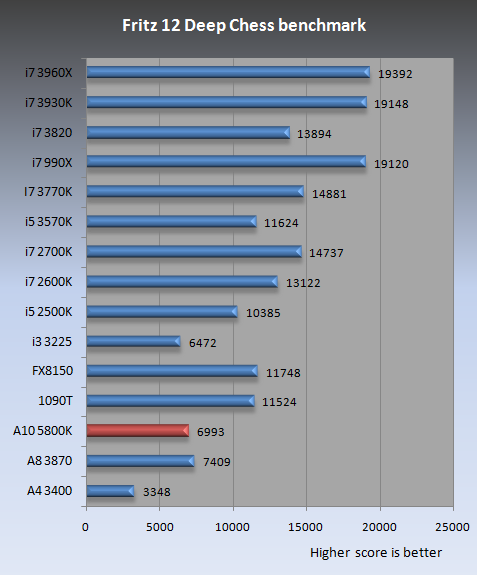 And the story continues in our multithreaded test suite. Impressive high MHz that really don't deliver compared to the previous AMD APU generation. The current AMD CPU designs really is puzzling. Makes you wonder why they ever got this design in it's current state, into production. Fan boys will trash the [M]test suite as it might not be optimised for their beloved processor. If the previous AMD generations run it well , why shouldn't the new born do the same and why not even better ? 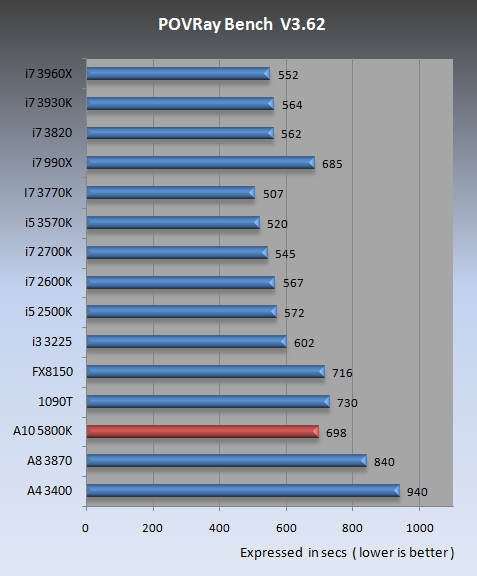 The quad core A10 being spanked by a dual core CPU in the further tests, this really should not happen at all. These performance issues are a major flaw and should be correctly adressed in future generations... 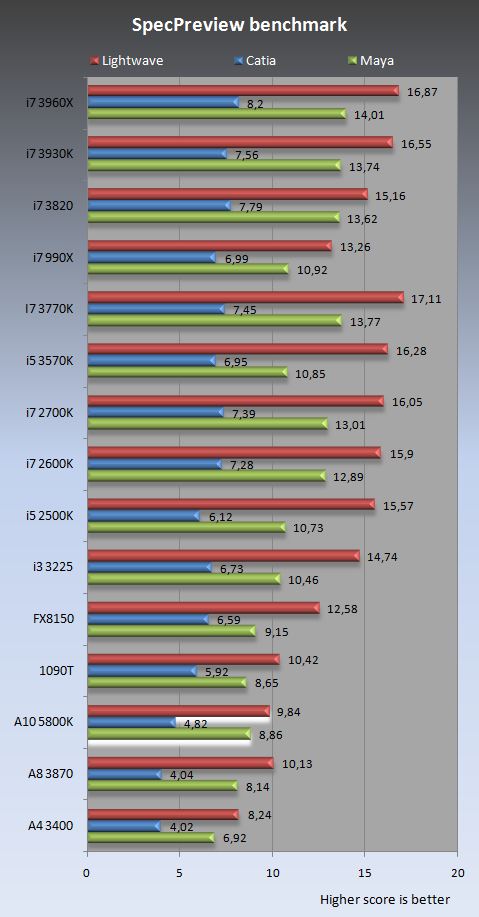 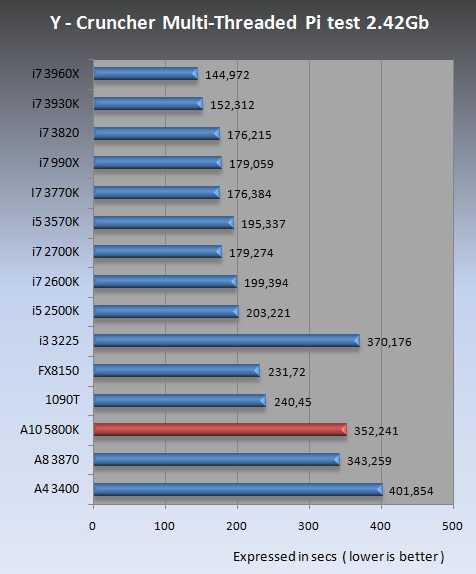 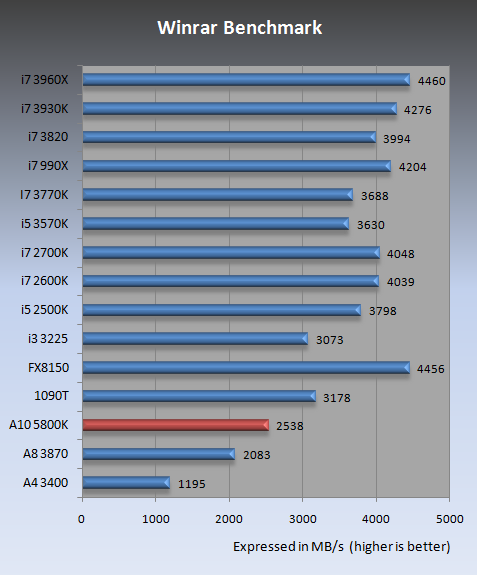