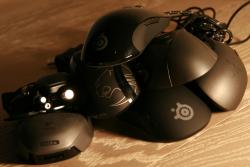 In this group test I will focus on a specific feature and gaming goal to reduce the variables as we go on a quest to find some of the best First-Person-Shooter wired mouse out there.  To properly gauge the performance of my new gaming rodents I spend several weeks with each to get to know the ins and outs, their features and deliver a good dose of my personal opinions on these mice.

Over the years of testing hardware we here at the site and the industry in general have improved and fine-tuned the testing methods; CPU reviews now feature everything from cache specific tests, power consumption and overclockability; power supply tests measure each volt rail in detail, cases are tested for thermal performance with different fan configurations, cooling fans are put through their paces with CFM and dBA numbers flying at you, all that to provide a solid fact based groundwork to help decide if a product is worth your hard earned cash.

When it comes to gaming peripherals some are easier to benchmark than others, the most used and popular PC input device also turns out to be one of the hardest to objectively evaluate. In its simplest form a mouse will allow you to track a pointer on the screen and has one or more buttons, if you need a bit more surfing comfort, a couple of shoulder-buttons will come in handy and last but not least a scroll wheel / third mouse button combination to finish the deal.

What I’ve just described is every desktop mouse released this last decade since the Microsoft IntelliMouse which featured a scroll wheel and dedicated forward/back buttons for browsing the web. 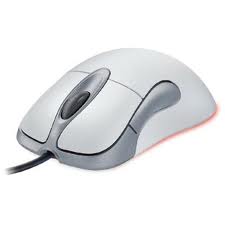 The introduction of an optical sensor was also a welcome addition with the IntelliMouse Optical, no longer did we need to remove the cat hair or what-not from the insides. First released in 2000 the IntelliMouse Optical was a favorite among gamers as its optical sensor allowed for much higher accuracy than the ball-mice of the period.  In 2007 Microsoft even collaborated with SteelSeries to make a gamer-specific device; an Optical SS (SteelSeries) was the result! 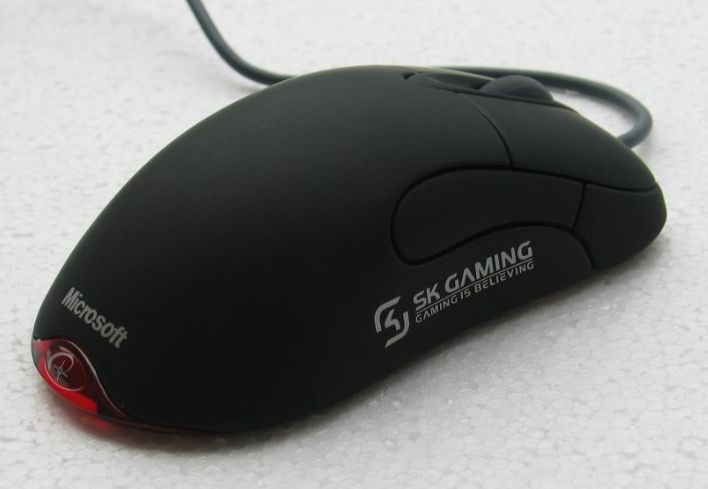 But even all that is ancient history by now, so how have manufactures improved the mouse, and how can you test these advances? This review will be very subjective, I will try to include as much facts as possible but at the end of the day, unlike other PC hardware components, there is no real industry standard to benchmark a mouse, personal preference plays a large role, feature set and extra’s do take the backseat.

So in this group test I will focus on a specific feature and gaming goal to reduce the variables as we go on a quest to find some of the best First-Person-Shooter wired mouse out there.

A mouse pad can make or break your gaming experience, we are using the RatPadz XT which proved to be top contender in our 21-Way Group Test a few years ago 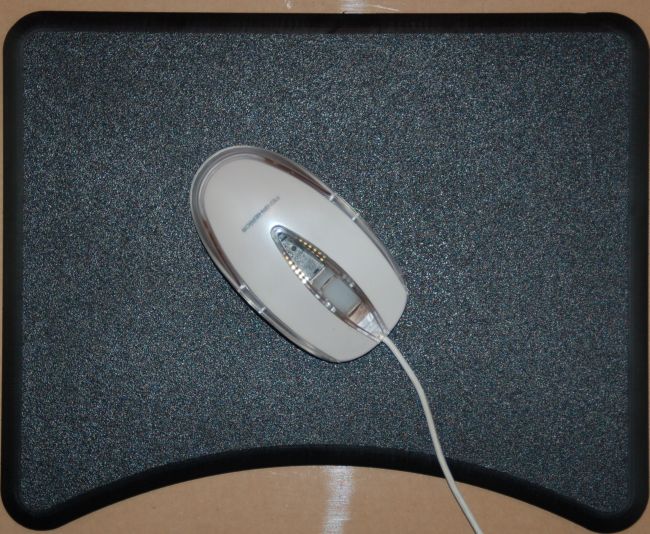 FPS games are mostly twitch happy affairs, I decided to use the freely available www.teamfortress.com game which offers 9 distinct classes which require completely different gameplay styles, for each player style there is a class to match. The game was released in 2007 and still has a very vibrant community due to Valve investing time and money into constantly adding content and gameplay features and variations. 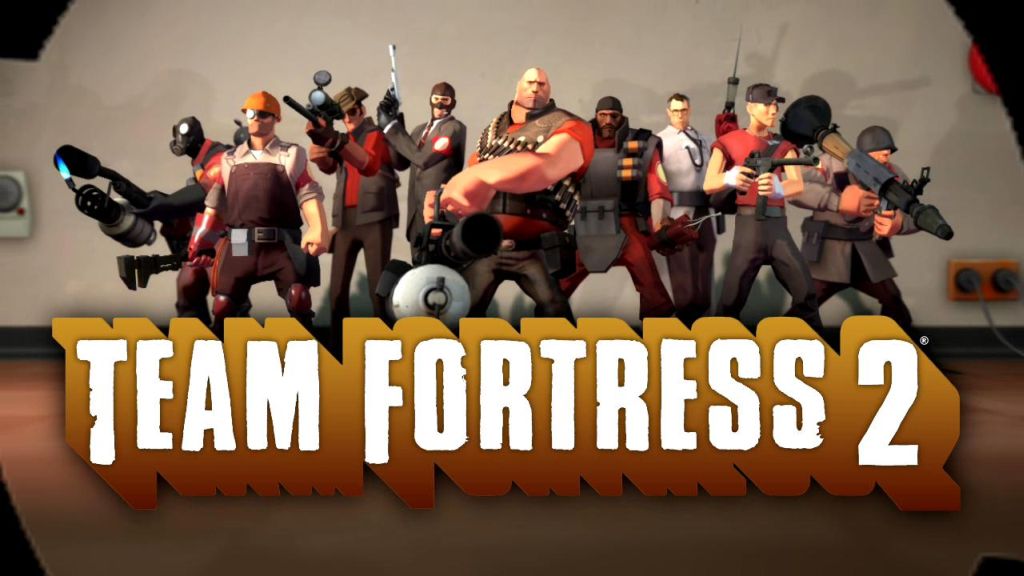 I’ve used a truckload of different mice since I first started using one for FPS gaming, while Doom I was enjoyable with a keyboard, Quake 1 definitely required a change of controller if you wanted to aim at an opponent which was above or below you.  I’ve always had a preference for right-hand specific mice so keep this in mind when you read my biased opinions on the next pages.

Going back to the reference game used, TF2, which was released in 2007, I was using a Logitech MX1000 at that point, a wireless laser-mouse. The performance was adequate and didn’t really feel the need to change. Then I tested the OCZ Behemoth mouse and changed my opinion on wireless mice drastically, it was not the absence of the cable or extra weight of the batteries which made the biggest difference, but the aggressive power saving mode on the MX1000 which disables the laser when you don’t move the mouse and enables it when you move, while this re-enabling is almost instant, compared to the Wired Behemoth mouse the difference was noticeable. 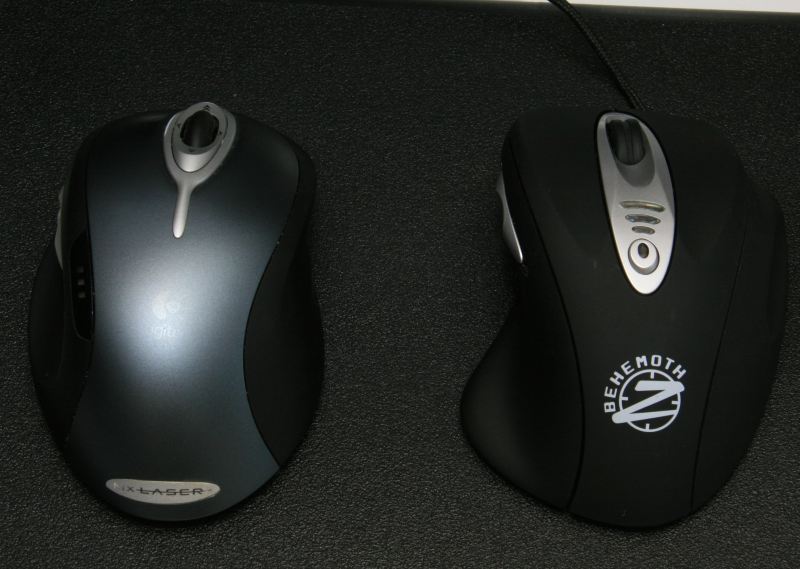 The Behemoth was a right-hand only mouse for larger hands, it performed excellently these last 3 years, early summer it started acting up, the laser was dying, apparently a known issue for this OCZ product, but giving the $15 price tag it carried, not a disaster. Too bad I didn’t stock up on a few of these Behemoth mice, as OCZ no longer makes them.

To properly gauge the performance of my new gaming rodents I spend several weeks with each to get to know the ins and outs, their features and deliver a good dose of my personal opinions on these mice.

* been using the SteelSeries RAW as office mouse, after about 600.000 clicks (tracking soft!) spread over left/middle/right click, the middle click button is starting to fail, need to press down hard for it to register.

* the Cyborg RAT 7 primary gaming mice, shows some erratic behavior once in a while and requires cleaning of the lens area every few weeks; otherwise it won't track, the small alcove they created for the lens is not keeping dust out, it just helps to collect more
Comment from jmke @ 2014/05/30
4 months further, the Cyborg RAT 7 primary gaming mice, the left button has failed, doesn't register clicks or doesn't hold.