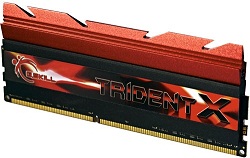 The G.Skill brand has become one of the more popular brands in the enthusiast community. This Taiwanese RAM company has won the hearts of many overclockers, especially due their binning methods and affordable price tag. Therefore G.Skill manages time after time to launch RAM kits in multiple speed/timing versions, in different quantities and best of all they usually sport some extra overclocking headroom. With each new CPU platform that pops up, G.Skill introduces simultaneously a new series of RAM. When Intel launched Ivy Bridge, the TridentX RAM series popped up on the G.Skill website. The RAM vendors had to redo their binning methods, mainly due to the high ram speed support of the new Ivy Bridge CPU's. Enthusiast RAM isn't solely based anymore on just tight timings, high RAM speeds is one of the new requirements. The TridentX kit reviewed today is one of the higher specced kits, supporting a whopping 2666Mhz at CAS 11-13-13-35 2T timings out of the box. 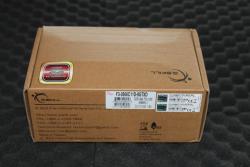 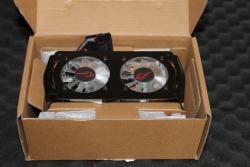 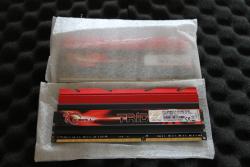 Per definition, a DIMM fan is included with these 2666C11 TridentX DIMMs. Too bad G.Skill keeps on using a regular 4 pin molex for your PSU so opting to work with a 3 pin mobo connector. 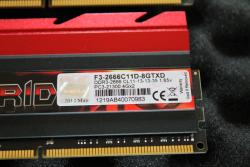 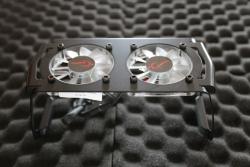 The heatspreaders are very heavy, not that lightweight package we are comonly seeing on most DIMMs. Reminds me of the G.Skill Flare which sported a similar heavy heatspreader. For the overclockers, the removable top fin makes it more easier to put these sticks under extreme cold. Secondly by removing the top fin, you enhance the CPU cooler compatibility. Very slick design by the G.Skill engineering team. 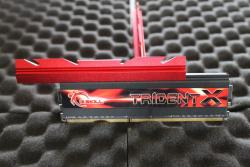 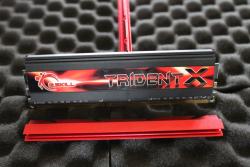 G.Skill has engraved the IC's to reduce recognition. Till now all 2666C11 kits are double sided and should be based on Samsung ICs. For the 2400 and 2600 kits there are single/double sided versions reported in the wild. Only thing G.Skill needs to warrant is out of the box rated speeds. Overclocking speeds/timings can't be guaranteed ofcourse.

The current lineup consists of the following versions: 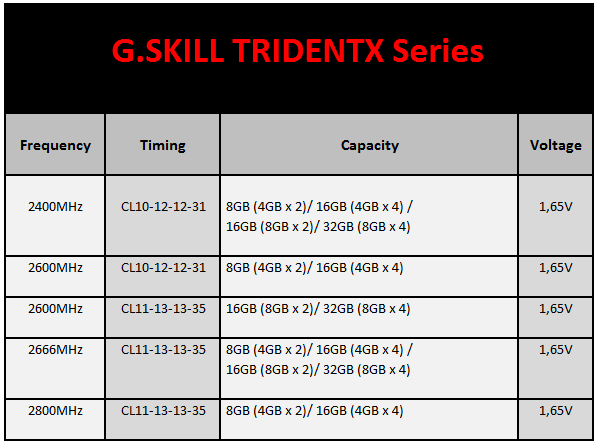 The previously announced 3000Mhz is nowhere to be seen and even the 2800C11 kit is extremely rare. Mainly due to the high price ( +500 euros), being a result of the extreme binning process.