AMD has joined forces with HeavenMedia for a European tour, mainly targeting the gamers audience. AMD's FX Bulldozer CPU's have been labeled as too slow in many hardware reviews. Even tough the new Bulldozer architecture looked initially very promising on paper, the performance was heavily dependent on the application being used. Sometimes performing mediocre, even slower than the previous generation Thuban processors. However sometimes beating similar priced Intel CPU's. On top of that, the infamous 8 core marketing strategy error, set some real bad blood. As performance in many multi-threaded applications was unexpectedly low. To be honest,  these Bulldozer CPU's were not really worthy to be named after the world famous FX series. But AMD fought back with some insane CPU-Z suicide runs and this GamExperience tour is very welcome to warm up the gamers again for the AMD hardware lineup.

Me and Petri ( SF3D ) from Finland were displaying the OC potential from a few FX-8150 CPU's on Liquid nitrogen. We got off to a delayed start, partly due to my late arrival and some minor monitor issues. 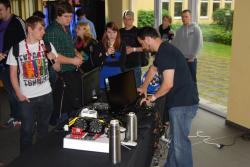 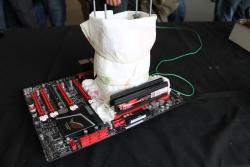 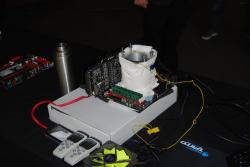 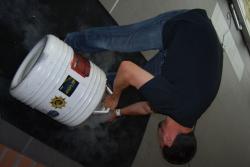 After Northbridge ( around the 4000Mhz mark ) and some core testing we settled at first for a nice 7Ghz OC on all cores. The motherboard on duty was the Crosshair V Formula from ASUS. The Graphics department was covered by a MSI 7970 Lightning card. However this card remained stock cooled during the entire event as we feared to be running short on LN2. 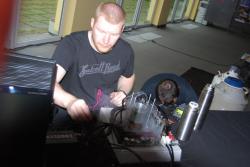 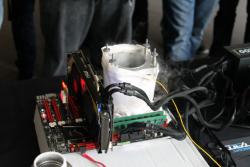 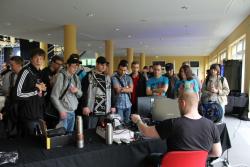 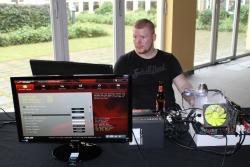 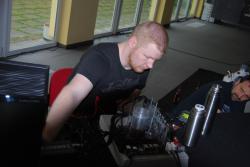 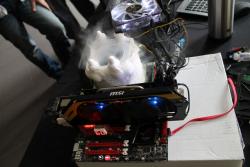