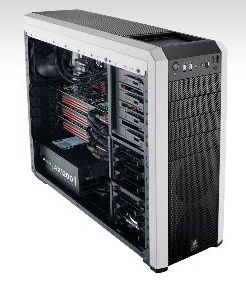 A while back we reviewed the Corsair 400R Carbide series case. The Carbide series being Corsairs entry level case lineup, is not the cheapest, yet still remaining affordable cases. However no cut backs on build quality, design and features are made. The 400R was a pretty solid case, but there's another, more advanced version in the Carbide series.  The 500R is the bigger brother of the previously tested 400R. Sporting a beefy 200mm side fan, 3 step fan controller, removable HDD bays and some little extra refinements on the case design. Retailing at about 20 euros more than the 400R, we try to figure out if the 500R is worth it's money.

Boxart is similar to the Carbide 400 case we have tested before. No fancy design as we are accustomed to with Corsair products. A print of the case plus specs on one side. And on the back, just an exploded view off the case. Showing off the main features of this 500R. Our first sample that arived was heavily bashed and the case received a few heavy brewses and dents. End result : it was inops to be reviewed. Number two arrived on our doorstep in far better shape. Thanks for the quick shipment Gareth ! 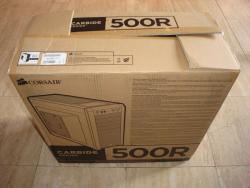 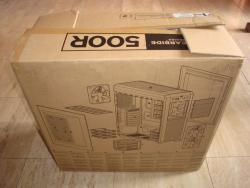 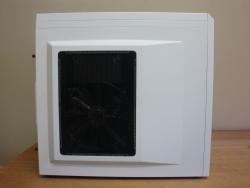 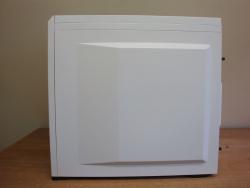 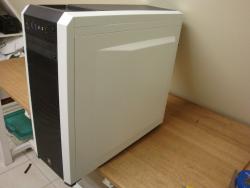 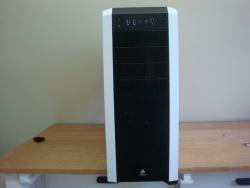 I must say this case relly looks stunning, the white finish is astonishing. Quite a difference from the all black cases we mostly review. The 500R is in fact a souped up version from the 400R. Featuring a humongous 200mm sidepanel fan, two removable Hard drive bays and a build in fan controller. The case lines have been refined too. 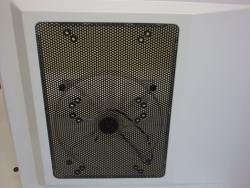 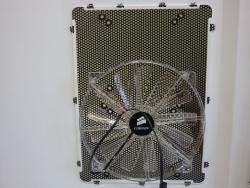 While the 400R had only room for max 2 140mm sidepanel fans, the 500R goes one step beyond. Out of the box inclusion of a slow spinning 200mm fan. Blowing cool air straight onto the graphics card and vital motherboard components. The fan speed can be adjusted via the 3 fan speed controller. 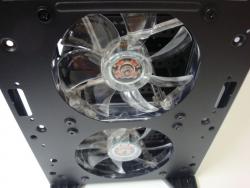 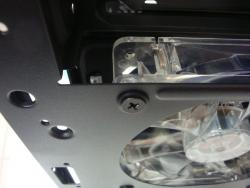 In the front Corsair installed two 120mm fans alike the 400R model. But this time they are extra damped by utilising rubber grommets. The rear 120mm fan is still present to exhaust that hot air. Sadly the latter can not be connected to the fan controller. 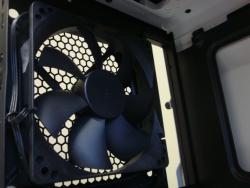 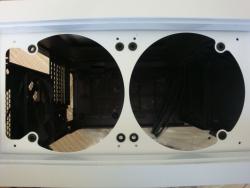 On the top part of the case there are two cutouts to facilitate installing Corsairs high end Hydro 100 all in one liquid cooling unit. Let's give the cooling aspect a rest and continue with the other features.